HARPER LEE’S TO KILL A MOCKINGBIRD AT BROADWAY IN CHICAGO'S JAMES M. NEDERLANDER THEATRE MAY 17-29, 2022

TICKETS GO ON SALE MARCH 8 FOR

TO KILL A MOCKINGBIRD

A NEW PLAY BY AARON SORKIN

BASED ON HARPER LEE’S CLASSIC NOVEL 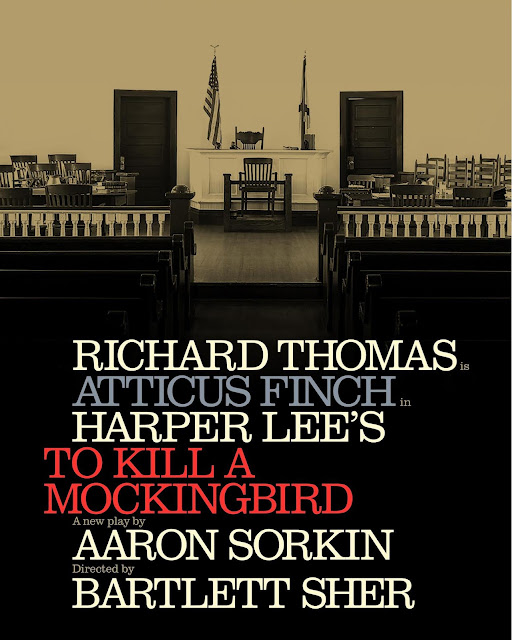 Here at ChiIL Mama, we love Harper Lee’s iconic novel, TO KILL A MOCKINGBIRD, and we're jazzed to catch the first national tour of the history-making production. Got your tickets yet?

Broadway In Chicago is delighted to announce tickets for the history-making production of TO KILL A MOCKINGBIRD will go on sale Tuesday, March 8, 2022. TO KILL A MOCKINGBIRD will play Broadway In Chicago’s James M. Nederlander Theatre for a limited engagement May 17-29, 2022. Academy Award® winner Aaron Sorkin’s new play, directed by Tony Award® winner Bartlett Sher and based on Harper Lee’s classic novel will come to Chicago as part of a multi-year national tour across North America.

TO KILL A MOCKINGBIRD holds the record as the highest-grossing American play in Broadway history. It began performances on November 1, 2018, at the Shubert Theatre and played to sold-out houses until Broadway shutdown in March 2020. On February 26, 2020, TO KILL A MOCKINGBIRD became the first-ever Broadway play to perform at New York’s Madison Square Garden, in front of approximately 18,000 New York City public school students, also marking the largest attendance at a single performance of a play ever in world theater. The production resumed performances on October 5, 2021 and concluded its run at the Shubert Theatre on January 16, 2022. TO KILL A MOCKINGBIRD is set to resume performances at Broadway’s Belasco Theatre with Greg Kinnear as Atticus Finch on June 1, 2022. A production will debut in London’s West End at the Gielgud Theatre on March 10, 2022, starring Rafe Spall.

Set in Alabama in 1934, Harper Lee’s enduring story of racial injustice and childhood innocence centers on one of the most venerated characters in American literature, small-town lawyer, Atticus Finch. The cast of characters includes Atticus’s daughter, Scout; her brother, Jem; their housekeeper and caretaker, Calpurnia; their visiting friend, Dill; and a mysterious neighbor, the reclusive Arthur “Boo” Radley. The other indelible residents of Maycomb, Alabama, are Bob Ewell, Tom Robinson, Prosecutor Horace Gilmer, Judge Taylor, and Mayella Ewell.

TO KILL A MOCKINGBIRD is designed by Miriam Buether, with costumes by Ann Roth, lighting by Jennifer Tipton, sound by Scott Lehrer, and an original score by Adam Guettel. Casting by Telsey and Co. The national tour is produced by Barry Diller.

Individual tickets for TO KILL A MOCKINGBIRD will go on sale to the public on Tuesday, March 8, 2022 and range from $35.00 - $114.00 with a select number of premium tickets available. Tickets are available now for groups of 10 or more by calling Broadway In Chicago Group Sales at (312) 977-1710 or emailing GroupSales@BroadwayInChicago.com. For more  information, visit www.BroadwayInChicago.com.

Broadway In Chicago was created in July 2000 and over the past 21 years has grown to be one of the largest commercial touring homes in the country. A Nederlander Presentation, Broadway In Chicago lights up the Chicago Theater District entertaining more than 1.7 million people annually in five theatres. Broadway In Chicago presents a full range of entertainment, including musicals and plays, on the stages of five of the finest theatres in Chicago’s Loop including the Cadillac Palace Theatre, CIBC Theatre, James M. Nederlander Theatre, Auditorium Theatre, and just off the Magnificent Mile, the Broadway  Playhouse at Water Tower Place.

Our audiences are required to wear masks and show proof of vaccination. For details or further requirements visit broadwayinchicago.com/covid19.

Posted by Bonnie Kenaz-Mara at 5:16 PM