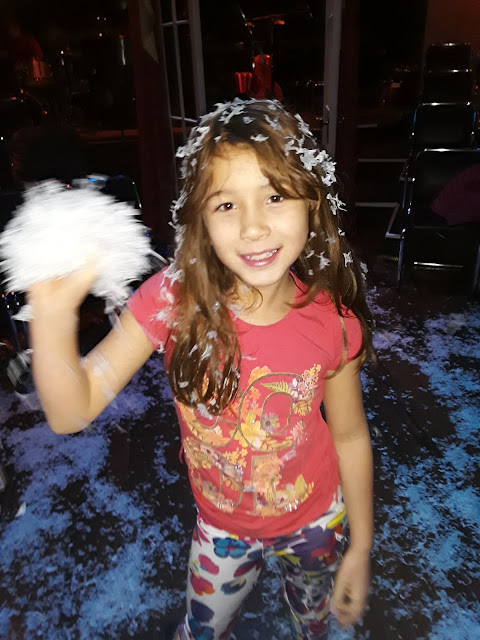 The House Theatre’s Nutcracker is a loving, poignant and joyful experience for family members of all ages.

I attended with my 10-year-old son, 8-year-old daughter and ageless mother. The production was a hit with all three generations and one we’re sure to return to in coming years. Though we love Tchaikovsky, it didn’t bother us a bit that this was a ballet-free version. In fact, the absence of toe shoes—along with an innovative book/adaptation by Jake Minton, Phillip Klapperich, Kevin O’Donnell, and Tommy Rapley—made the story accessible for audiences looking for less formal entertainment. 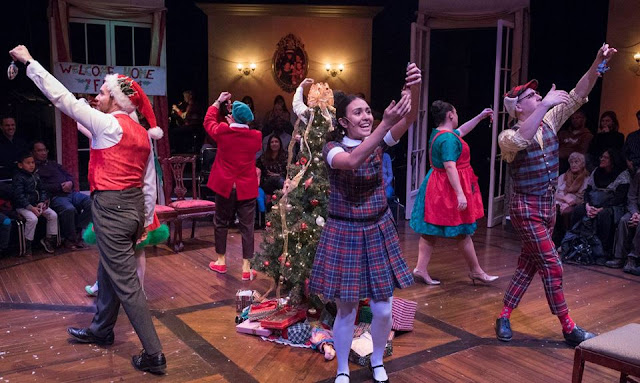 
There was dancing and singing of a musical theatre variety, including an opening number which made the small cast seem like one several times its size. There were cookies and laughter and gasps—also moments so still I could hear many others quietly weeping and know I wasn’t the only one who was touched by the performance.

Hailey Bolithon as Clara and Desmond Gray as her brother (and nutcracker) Fritz were the emotional anchors of the story. Clara’s love for Fritz and desire to rescue Christmas from the ratty little teeth of grief are compelling, as are Clara and Fritz’s connected sibling relationship and powerful singing voices.

Ben Hertel (Hugo, the Robot), Johnny Arena (Sock Monkey) and Rachel Shapiro (Phoebe, the doll--the favorite of both the kids) round out Clara’s posse with humor and warmth that balance the sadness, anger, and tension of her parents, deftly played by Nicholas Bailey and Amanda de la Guardia. Rom Barkhordar was enchanting as Clara’s eccentric uncle, and all “adult” actors played double-duty as convincing rats that were scary enough to startle, but portrayed within a cartoonish reality in which death is but a temporary inconvenience.

The snow play at intermission was tremendous fun and gave the kids a chance to get their wiggles out before the second half. 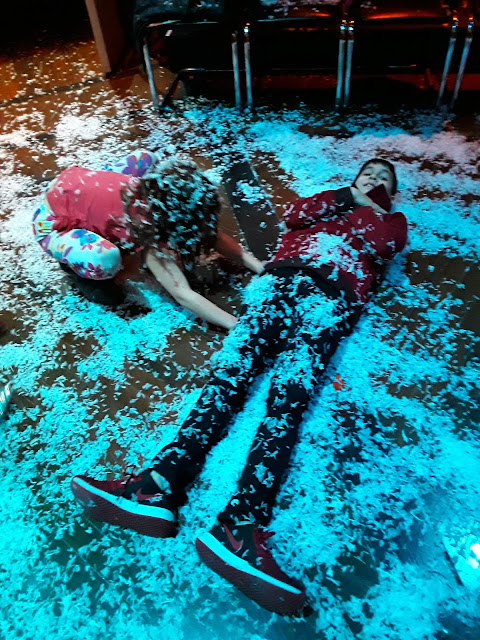 This was our first time seeing the show, but I’m told there are new musical pieces added this year that further enhance the production many have come to love.

The House Theatre is appropriately named. A homey hospitality defined our time there from the self-accompanied singer on the lower level to the warm welcome from the ushers and even a parting gift of stationary kids could use to write to the characters with a guarantee of hearing back from them.

The sense of intimacy and family was cemented in its theatre-in-the-round setup as well as actors and ushers who interacted with the audience before and during the show.

Nutcracker will be playing through December 30th.

Kimberly Robb Baker is a Chicago based writer, blogger, consultant, story teller, and mother.
You can find her worky stuff here: ThisLittleBrand.com and her artsy fartsy stuff here:  DisruptiveMama.com.

ChiIL Live Shows On Our Radar:
The House Theatre's Nutcracker 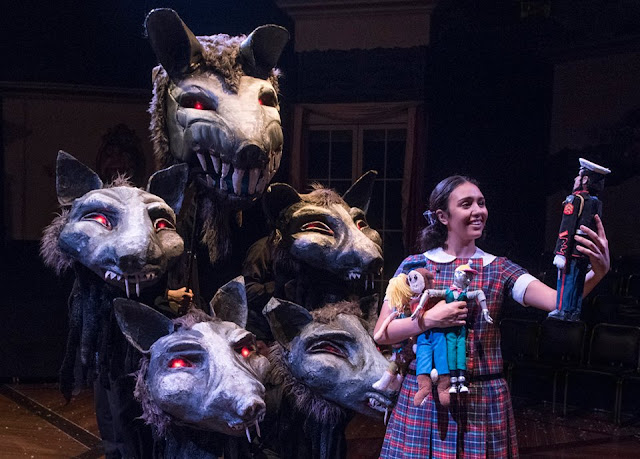 The House Theatre of Chicago's all-original, ballet-free and family-friendly production of The Nutcracker has been a family favorite of ours for years. The kids love to play in the fake snow at intermission, making snow angels on stage, and having snow fights. Toys come to life to sing and dance, and even the scary parts are fun, with a giant, multi headed rat puppet to be battled inside of cracking walls. We love that the nutcracker is a hero Marine in real life, who makes the ultimate sacrifice and returns to come to life each night and battle beside his sister. We also love that the main character is a brave girl and a rockin' role model who fights not only giant rats, but grief and loss as well. You may think you've seen The Nutcracker story many times before, but you've never seen it like THIS. Highly recommended. 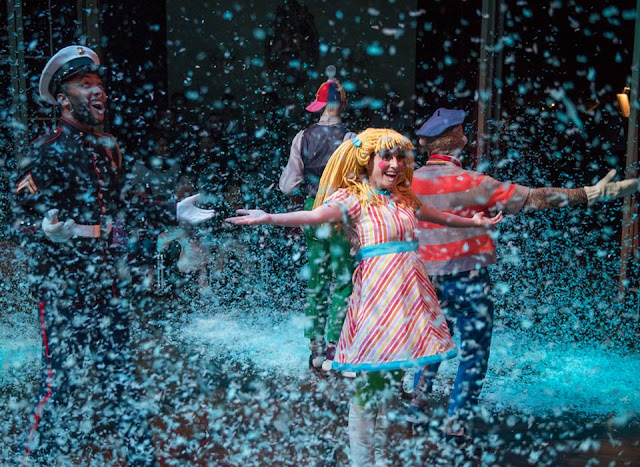 THE HOUSE THEATRE OF CHICAGO
CONTINUES ITS HOLIDAY TRADITION AND ANNOUNCES CASTING FOR THE ANNUAL FAMILY-FRIENDLY, BALLET-FREE ADAPTATION OF THE HOLIDAY CLASSIC
THE NUTCRACKER,
NOVEMBER 8 – DECEMBER 30,


AT THE CHOPIN THEATRE 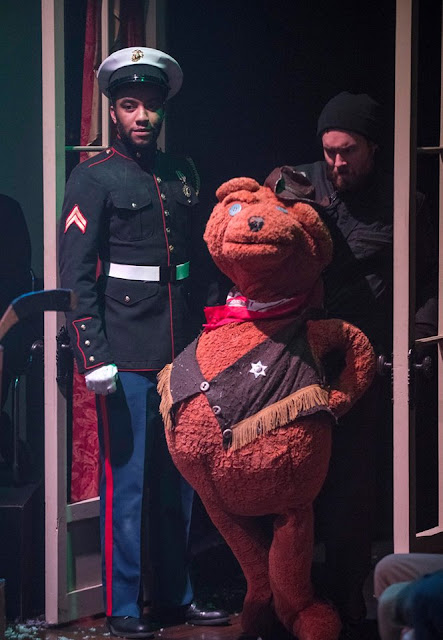 FAMILY DAY
Sunday, Nov 25, 1pm - 4:30pm
Family Day offers "extras" for our younger guests ages 5+. Come early for kids' crafts including cookie decorating from our partners at Whole Foods Lakeview. Watch the 2pm matinee, and then join in a talkback for kids after the show lead by teen reviewer Ada Grey!

RELAXED/SENSORY-FRIENDLY PERFORMANCE
Sunday, Dec 2, 2pm - 5pm
Relaxed/Sensory-Friendly performances welcome everyone to attend the production in a safe, non-judgmental space. Stage lights and sounds are dimmed, and house lights are dimmed but remain on. Guests can come and go from the audience as needed - we’ll provide quiet spaces in the lobby. We aim to ease the experience for those with sensory sensitivities, very young children, and anyone who would benefit from more leeway as an audience member. Before the show, the stage, lobby, puppets, and actors will be available to help everyone get acclimated. 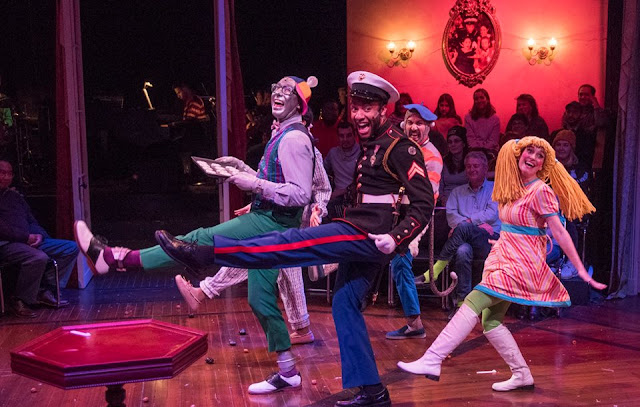 The House Theatre of Chicago brings back the hit holiday production with its annual engagement of The Nutcracker, an all-original, ballet-free and family-friendly production playing at The Chopin Theatre upstairs theatre, 1543 W. Division, November 8 – December 30. Company Members Jake Minton, Phillip Klapperich, Kevin O’Donnell and Tommy Rapley created the adaptation based on E.T.A. Hoffmann’s story with original direction and choreography by Tommy Rapley. 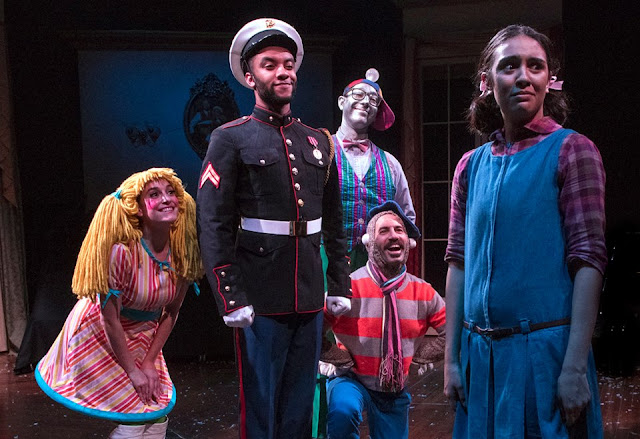 Regular run tickets $30 – $50. Student and industry same-day discounted tickets are available for $20 for all dates, based on availability. Tickets may be purchased by calling 773.769.3832 or by visiting www.thehousetheatre.com. 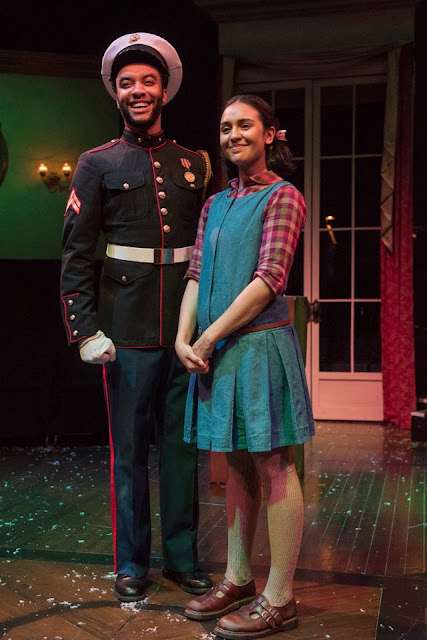 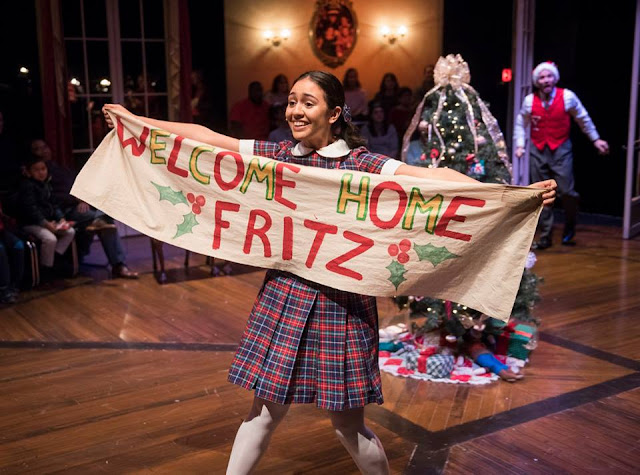 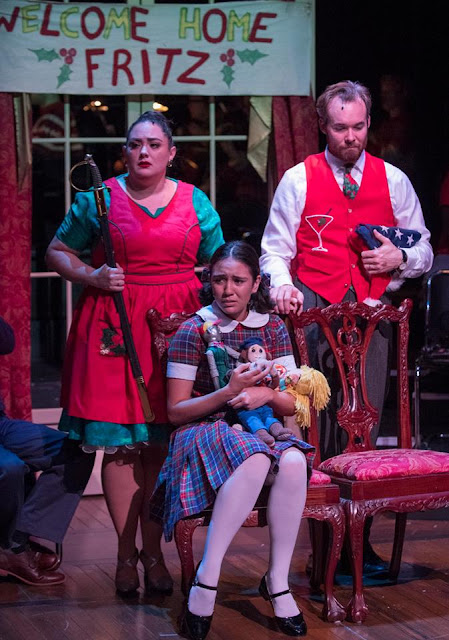 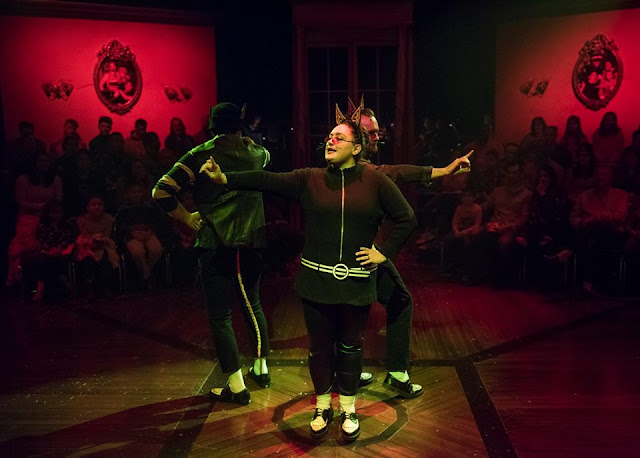 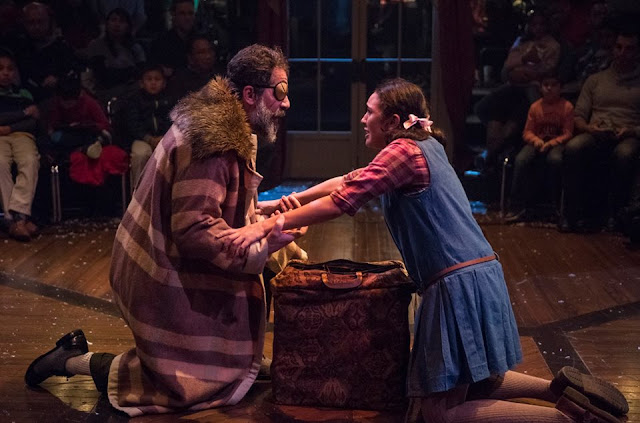