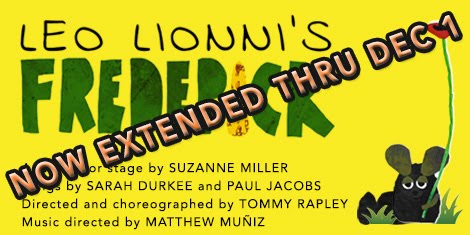 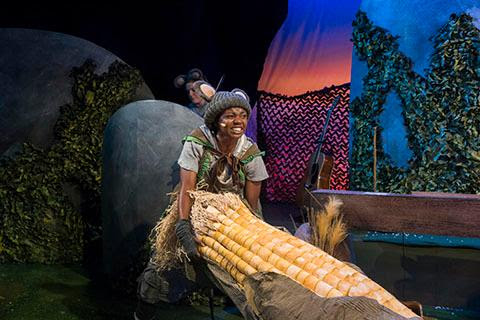 All Photos by: Charles Osgood


Originally scheduled to close November 11, families should jump on this new block of tickets now on sale for new performances added through Saturday, December 1 at Chicago Children’s Theatre, The Station, 100 S. Racine Ave. in Chicago’s West Loop. Performances are Saturday at 10:30 a.m., 12:30 p.m. and 3 p.m., and Sunday at 10:30 a.m. and 12:30 p.m. Frederick is an all-ages show. Single tickets are $39 including fees. For subscriptions, single tickets and information on group rates and weekday student matinees, visit chicagochildrenstheatre.org or call Chicago Children’s Theatre Guest Services, (312) 374-8835. 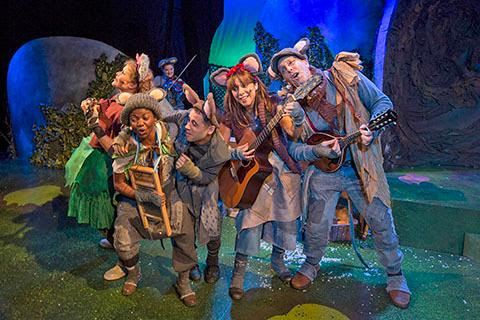 Who doesn’t love Frederick the mouse, who appears to be daydreaming the summer away while his fellow field mice work hard gathering food for the winter. But when cold weather arrives, it is Frederick who has a surprise stored up – something special to help his friends survive the long, dreary winter. Based on the Caldecott Award-winning book, Leo Lionni’s Frederick is much loved for introducing children to the idea that there is a place for all of us in this world, with a special shout out to the importance of artists in our society. 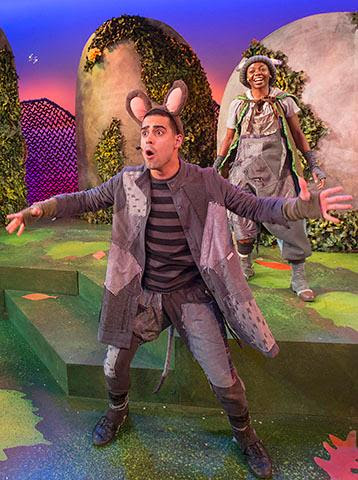 Ideally timed for families preparing to brave the Chicago winter, Chicago Children’s Theatre’s Frederick treats the city’s newest generation of young theatergoers to a fun-filled, all ages folk musical starring an A-list team of Chicago’s top professional theater artists on stage and behind the scenes. At the top is Tommy Rapley, company member with The House Theatre of Chicago and one of this city’s most in-demand choreographers, who makes his CCT directing debut with this raucous, fleet footed and playful new take on Leo Lionni’s Frederick.

Mama and papa mouse can save by including Leo Lionni’s Frederick in a 2018-19 Chicago Children’s Theatre subscription package. Soon after Frederick comes Chicago’s newest holiday family tradition, The Beatrix Potter Holiday Tea Party, a trunk-style puppet show starring everyone’s favorite Beatrix Potter characters, this year with two new stories, coupled with a festive tea and cocoa party. In January, CCT presents the world premiere of X-Marks The Spot, a new, inclusive sensory work conceived by Artistic Director Jacqueline Russell highlighting the experience of blind and low vision audiences. Next, New York’s Spellbound Theatre arrives to teach Chicago’s youngest theatergoers, kids one to five, about their bodies in the world premiere of The World Inside of Me. CCT’s 2018-19 season finale is an all-new, world premiere staging of The Watsons Go to Birmingham – 1963, directed by Wardell Julius Clark, based on the groundbreaking book by Christopher Paul Curtis, adapted by Cheryl L. West, who also adapted CCT’s 2018 smash hit, Last Stop on Market Street. Book early and save on a variety of subscription packages, on sale now at chicagochildrenstheatre.org, or call CCT Guest Services at (312) 374-8835. 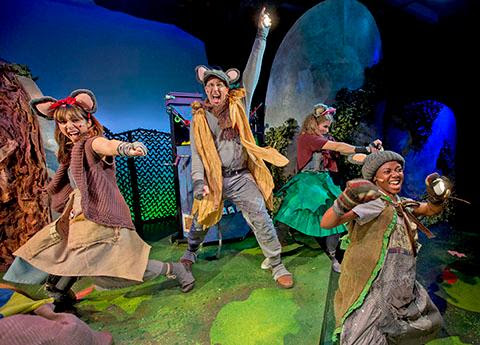 ﻿Frederick Musical Theatre Workshop for kids 6 to 10
is Sunday, November 4

Based on the Caldecott Award-winning book, Frederick is much loved for introducing children to the idea that there is a place for all of us in the world, with a special shout out to the role of artists in society.

In addition to performances, Chicago Children’s Theatre is committed to training the next generation of actors and performers. On Sunday, November 4, from 2 to 4:30 p.m., CCT’s education department will offer the Frederick Musical Theatre Workshop, part of a new series of workshops based around the company’s mainstage shows.

Under the direction of Frederick cast member and CCT teaching artist Nicole Laurenzi (Mamma Mia! national tour), students will learn a song and dance scene from the show and then perform for family and friends on the Pritzker Family Studio Theatre stage. The fee is $59. Recommended for ages 6 to 10. Space is limited. Register your Frederick fan today at chicagochildrenstheatre.org/leo-lionnis-frederick. 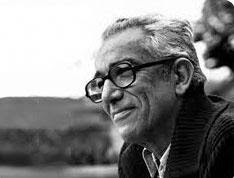 Leo Lionni (1910-1999) gained international renown for his paintings, graphic designs, illustrations and sculpture, as well as for his books for children. He was born in Holland, but settled soon after his marriage in Milan, where he became a graphic designer. When he moved to America in 1939, Lionni was hired by a Philadelphia ad agency as art director. Later he became design director for the Olivetti Corporation, and then art director for Fortune magazine. At the same time, his reputation as an artist began to flourish. In 1959 he launched his career as an author/illustrator of more than 40 highly acclaimed children’s books. He was a four-time Caldecott Honor Winner for Inch by Inch, Frederick, Swimmy and Alexander and the Wind-Up Mouse. 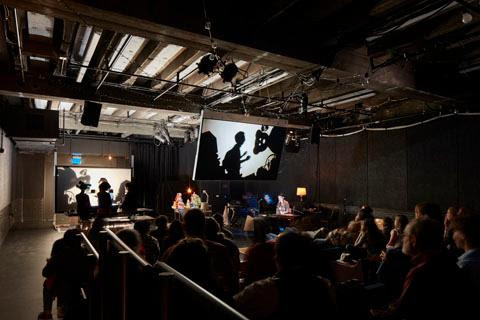 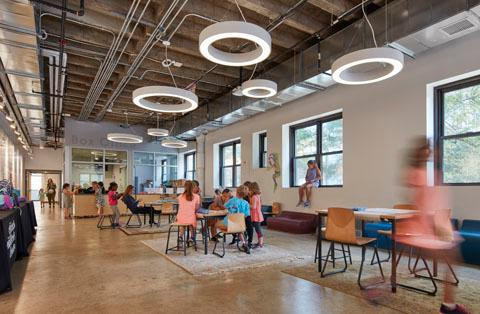 Since its launch in 2005, CCT has cemented its reputation as the city’s largest professional theater company devoted exclusively to children and young families. The company evolved out of Chicago’s need for high-quality, professional children’s programming to match the quality and significance of powerhouses such as Steppenwolf Theatre Company, Goodman Theatre and Lookingglass Theatre.

In 2017, Chicago Children’s Theatre became the first theater for young audiences in the nation to win a National Theatre Award from the American Theatre Wing, creators of the Tony Awards.

In addition to presenting live shows in The Station’s intimate 149-seat Pritzker Family Studio Theatre, Chicago Children’s Theatre continues to grow its education and community programs, which are unique in Chicago for emphasizing student authorship, youth empowerment and community leadership.

Starting this fall, CCT will start offering year-round education programming at The Station for ages 0 to 14, including the city’s most diverse roster of classes, specialized workshops, winter and spring break camps, and a full slate of summer camp experiences. experiences. Returning fall favorites are Hip Hop for Tots with Yuri “The Human Beat Box” Lane, Beginning, Intermediate and Advanced Acting, Intro to Musical Theatre, Circus and Aerial Arts with Actors Gymnasium, Wiggleworms with Old Town School of Folk Music, Shake the Stage, Bubble Jams and more. Visit chicagochildrenstheatre.org/education, email education@chicagochildrenstheatre.org, or call CCT’s Guest Services, (312) 374-8835, to register your child for one class or many.