Here at ChiIL Mama and ChiIL Live Shows, we can't wait to see Drury Lane's take on this perennial crowd pleaser! Playfully macabre, Little Shop of Horrors has long been one of our favorite musicals. With it's charmingly dark humor, catchy score, and absurd plot, it's a hit for all ages from tweens to twilight years.

This gem of a musical inspired by the 1960 dark comedy horror film will charm your heart with infectious doo-wop songs and endearing characters. A down-on-his-luck resident of Skid Row is offered the girl of his dreams, fame, and success from an all-powerful, R&B singin’ carnivorous plant, but at what cost? Little Shop of Horrors is the winner of the Drama Desk Award for Best Musical.

SCOTT CALCAGNO (director) returns to Drury Lane, where he most recently directed Seussical the Musical last spring. Other Drury Lane credits include The 25th Annual Putnam County Spelling Bee and, for the last 10 seasons, A Christmas Carol. For Warner Bros and Rail Productions, Scott is the current director and writer of The Polar Express Train Ride™, a live theatrical production aboard a moving Amtrak train out of Chicago’s Union Station and New Orleans’ Passenger Terminal and on the Whippany Express outside of NYC. Other credits include: Legally Blonde (Civic Theatre), Second City Divas (Mercury Theatre), Bye, Bye Birdie (Long Lake Theatre), and Unmasking What Matters, a one woman show for Broadway’s The Phantom of the Opera actress Sandra Joseph. Scott is also the director for the youth acting program for Drury Lane, RegardingActors.com.

KELLY FELTHOUS (Audrey) is returning to Drury Lane where she was last seen as Roxie Hart in Chicago, which earned her a Jeff Award nomination. Most recently, she starred as Sally Bowles in Paramount Theater's Cabaret! National Tours include: Wicked (Glinda, Nessarose u/s), Flashdance (Gloria), and Grease (Marty). New York credits include the original companies of Trip of Love (Caroline), Max and Ruby (Ruby), and Seussical (Mayzie). Other favorites are South Pacific (Nellie) at Asolo Rep; Rock of Ages (Regina) in the regional premiere at The Gateway Playhouse; Legally Blonde (Elle) at North Shore Music Theatre; Bring It On (Eva), originating the role at the Alliance Theatre; A Chorus Line (Val) at Maine State Music Theatre; Singin’ in the Rain (Kathy) at North Shore Music Theatre; Gypsy (June) at Sacramento Music Circus; and Jane Eyre at La Jolla Playhouse. She is a graduate of NYU/CAP21.

WILL LIDKE (Seymour Krelborn) returns to Drury Lane where he previously appeared in Saturday Night Fever. Most recently he was seen as Monty in Griffin Theater’s production of Violet. Other credits include: Ride The Cyclone and Tug of War: Foreign Fire at Chicago Shakespeare Theater, The Man Who Murdered Sherlock Holmes at Mercury Theater, and Bat Boy at Griffin Theater. On television, he appeared in Chicago Justice (NBC).

Subscriptions for the 2018/2019 season are priced from $157 to $187 and are currently on sale. Subscribers receive special offers on dining, flexible ticket exchanges, and early notification and priority seating for added events and concerts. For more information, visit DruryLaneTheatre.com. 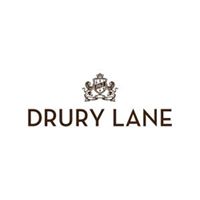