**Flyin’ West is recommended for ages 12 and older**

I'll be ChiILin' with Chi, IL's  American Blues Theater for the press opening of Flyin' West on October 11th. I'm looking forward to hearing more stories from this seldom visited slice of American history. Check back soon for my full review.

Following the end of the Civil War, many former slaves took advantage of The Homestead Act and went West to build new lives for themselves and their families. Many of these homesteaders were black women who overcame tremendous odds to work their own land and make a place for themselves in an often harsh and forbidding environment. Set in 1898, Flyin’ West is the story of some of these African-American female pioneers who settled, together, in the all-black town of Nicodemus, Kansas. 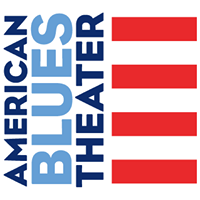 The diverse and multi-generational artists have established the second-oldest professional Equity Ensemble theater in Chicago.  The 33-member Ensemble has 600+ combined years of collaboration on stage. As of 2018, the theater and artists received 195 Joseph Jefferson Awards and nominations that celebrate excellence in Chicago theater and over 35 Black Theatre Alliance Awards. The artists are honored with Pulitzer Prize nominations, Academy Awards, Golden Globe Awards, Emmy Awards and numerous other accolades.

Posted by Bonnie Kenaz-Mara at 6:43 AM