Chicago Magic Lounge presents
an evening of eerie and mysterious magic with
The Halloween Show,
hosted by Ed Furman
with magic by Sean Masterson and David Parr 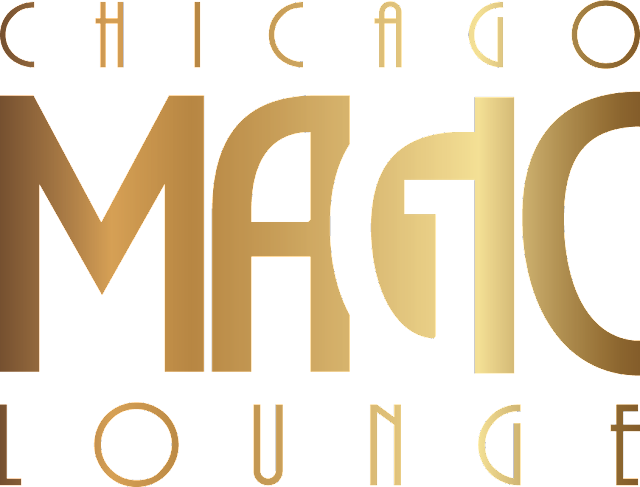 Here at ChiIL Mama and ChiIL Live Shows, we were out for both the groundbreaking and the grand opening of Chicago Magic Lounge. From the secret entrance behind a bank of spinning washing machines, to the glamorous art deco decor, and the talent on stage, we were enamored. Check out this unique venue for an adult night out, or for a Sunday family friendly matinee.

Chicago Magic Lounge, Chicago’s new home for close-up magic, brings magic, mystery and the macabre to the stage this Halloween season with a variety of performances to satisfy all cravings. Hosted by Ed Furman, The Halloween Show will feature magic by Sean Masterson and David Parr. In addition to the table and stage magic that evening, Parr will bring the spirits of the season to the 654 Club with an old-fashioned, Victorian-era séance. Seating to this exclusive bonus experience is limited and can be secured by purchasing an upgraded ticket to The Halloween Show. A special, child-friendly, Halloween-themed Family Show with costumes and trick-or-treating will be held on Sunday afternoon, October 28 at 2pm. 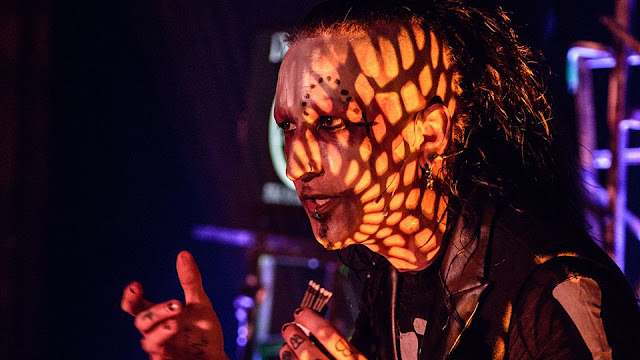 Featured offerings throughout the month include shock illusionist Dan Sperry: The Anti Conjurer (pictured above) as the headliner for The Signature Show, October 11-13. Artist-in-Residence David Parr will continue to perform his magical and mysterious show Cabinet of Curiosities every Wednesday.

In addition to its programming, Chicago Magic Lounge is a proud organizational sponsor of Open Heart Magic, a non-profit organization of volunteer magicians who perform Bedside Magic™ for kids in hospitals, regardless of their medical condition or physical abilities. Halloween is the 80th anniversary of National Magic Day, which recognizes the day of Houdini’s death and is observed as a day of service in the magic community. Open Heart Magic takes this philosophy and practices it year-round.

The Halloween Show
Hosted by Ed Furman
Featuring Sean Masterson and David Parr in the Harry Blackstone Cabaret
Upgraded ticket to the 654 Club: David Parr hosts a Victorian-era séance
Wednesday, October 31 at 7:30pm
Tickets: $39.50 (Main Floor), $44.50 (Premium Main Floor), $49.50 (Front Row), $54.50 (Mezzanine Experience)
The Halloween Show will begin with an hour of close-up magic at 7:30pm, followed by stage performances with Sean Masterson and David Parr, hosted by comedy writer and performer Ed Furman. Guests who purchase Front Row, Mezzanine and Premium Main Floor tickets are invited to the 654 Club immediately after the mainstage for an exclusive performance with David Parr, where he will explore the paranormal and the mysteries of the unknown. Each Wednesday, David Parr brings his favorite artifacts and stories in David Parr’s Cabinet of Curiosities, but on Halloween he will be bringing the spirits of the season to the 654 Club. You might begin to doubt the evidence of your senses when objects move of their own accord and strange sounds are heard.

Host Ed Furman has been a performer and writer in Chicago for over 30 years and was one of the original creators of “Co-ed Prison Sluts” at the Annoyance Theater. Furman co-wrote and performed in three Second City Mainstage shows, and, along with TJ Shanoff, co-authored the hit musicals Rod Blagojevich: Superstar, Rush Limbaugh: The Musical and Lanyard Skynard. Sean Masterson has been entertaining Chicago audiences with his close-up and stage magic for 25 years, including the long-running hit show Timeless Magic at Theater Wit. David Parr was a winner on the TV show Penn & Teller: Fool Us, created and co-starred in the longest-running, weekly magic show in Chicago, The Magic Cabaret, and is an Artist in Residence at Chicago Magic Lounge with his Cabinet of Curiosities.

The Signature Show headliner Dan Sperry: The Anti-Conjurer
October 11-13, 2018
Thursdays at 7:30pm; Fridays and Saturdays at 7:30pm & 10pm
Tickets: $39.50 (Main Floor), $44.50 (Premium Main Floor), $49.50 (Front Row), $54.50 (Mezzanine Experience)
Shock Illusionist Dan Sperry: The Anti-Conjuror is hailed as the most popular and in-demand illusionist of this generation.  His live show is a high-energy roller coaster ride of shock illusion like you have never seen before. Combining the art of magic with the macabre, his totally unique and edgy illusions capture the imagination of crowds while his unhinged, shockingly eccentric humor and audience interaction makes his live show a truly unique experience. From starring in the best-selling magic show in Broadway history The Illusionists, appearing on America's Got Talent, Germany's hit series Das SuperTalent, FOX's World Magic Awards, and TLC's Cake Boss, to selling out countless performance venues around the world, Dan Sperry presents a magic show that is not for the faint hearted.

Ongoing Events and Performances are as follows:

Music & Magic
Mondays and Tuesdays at 7:30pm
Tickets: $10 (General Admission)
Unwind at the beginning of the week with magic, jazz, and a cocktail. Music & Magic is the only performance of its kind in the city. We feature live jazz on stage and close-up magic at your table performed by our resident house magicians. When the band takes a break, a magician takes the stage.

David Parr’s Cabinet of Curiosities
Wednesdays at 7:30pm (except October 31)
Tickets: $35 (Main Floor), $45 (Front Row)
Chicago Magic Lounge is proud to host David Parr, winner on the hit TV show Penn & Teller: Fool Us. David created and co-starred in the longest-running, weekly magic show in Chicago, The Magic Cabaret, which was chosen by the Travel Channel as one of the top nine magic shows in the country. For Cabinet of Curiosities David has gathered his favorite artifacts and stories to share with you in this show of mystery and magic. Each performance is accompanied by an hour of table-side magic.

The Signature Show
Thursdays at 7:30pm; Fridays and Saturdays at 7:30pm & 10pm
Tickets: $39.50 (Main Floor), $44.50 (Premium Main Floor), $49.50 (Front Row), $54.50 (Mezzanine Experience)
The Signature Show was conceived in 2015 as an homage to the historic, Chicago magic bar scene. Experience close-up magic right at your table during the cocktail hour, followed by an hour of stage magic featuring two masters of their craft performing feats of prestidigitation and sleight of hand. Guests who purchase Mezzanine, Front Row and Premium Main Floor tickets are invited to an exclusive performance of close-up magic directly after the show in our 43-seat close-up gallery, The 654 Club. *Please visit chicagomagiclounge.com for a complete schedule of performers and special Halloween shows.

The Family Show
Sundays at 2pm
Tickets: $25, $15 (children 5-16)
We take the bar scene out of Chicago Magic and open our Blackstone Cabaret for a 45-minute magic matinee suitable for younger ages. Our mission is to bring back the era of bar magic, bringing out the child in every adult; however, on Sundays, we feature a family-friendly magician that will fill both the adults and children full of wonder. The Family Show makes a great post-brunch activity with many restaurants nearby. The Family Show is suitable for ages 5 and up.

For a complete schedule of performances and more information about Chicago Magic Lounge, as well as resident and guest performers, Chicago Magic College classes, the Chicago Magic Round Table, and more, please visit chicagomagiclounge.com. 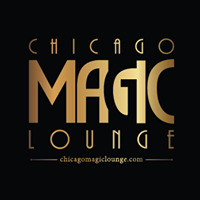 About Chicago Magic Lounge
Chicago Magic Lounge reinvents the classic "magic bar" that once dotted Chicago's nightlife landscape, bringing cocktails and card tricks back together again. Shows include magic performance at the bar, on the stage and in true Chicago-style Magic form, at the tables of the guests, providing the classic "Close-Up" tradition Chicago-style Magic is known for. Chicago Magic Lounge is also the home of the Chicagoland magic community, showcasing over 30 local professionals, and serving as a networking hub for working magicians from all over the world.

The newly constructed theater at 5050 N. Clark St., designed by Morris Architects Planners, has ushered in a new wave of entertainment, bringing back “Chicago-style Magic” under the leadership of Donald C Clark, Jr. and Joseph (Joey) Cranford. Converted from a 1940s-era, commercial laundry building, the Chicago Magic Lounge is a 7,200 square-foot, Art Deco, state-of-the-art theater and lounge complete with secret doors, elegant performance areas and a magic bar – all dedicated to the art of sleight of hand, prestidigitation and Chicago's contribution to the magical arts. From magicians to mind readers, Chicago Magic Lounge provides guests the unique, one-of-a-kind experience of seeing wonders up-close and personal in a venue unlike anything else offered throughout the country.