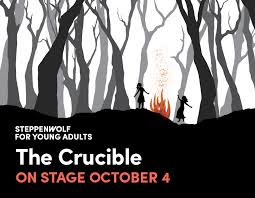 The people of Salem are whipped into a bloodthirsty frenzy by a series of escalating misinterpretations after a group of teenage girls are accused of dancing devilishly in the woods. Fearing retribution, the girls begin a chain of finger-pointing until neighbor turns against neighbor, whispers become testimony, fabrications become facts, and a once powerless teenage girl suddenly has the ability to decide the fate of all those around her. As the hearts of the townsfolk become poisoned, even John Proctor, a principled farmer and family man, must wrestle with a corrupt court and his own transgressions to protect his innocent wife and his family’s good name.

Since its premiere in 1953, Arthur Miller’s The Crucible, a masterful and chilling portrayal of the historic Salem Witch Trials and an allegory for the rise of McCarthyism in the late 1940s, has rightfully become an American classic serving as both a cautionary tale and provocation that compels each generation to reflect upon the harrowing world it portrays.

Director Jonathan Berry shares, “I am so incredibly excited to be bringing Miller’s The Crucible to the Steppenwolf for Young Adults program.  I can’t think of a better time to be asking the hard questions about our relationship between truth and lies, reflecting on how that relationship changes when, due to extreme societal circumstances, groups of people feel paralyzed by fear and are bereft of any kind of personal agency.  I cannot wait to have this vital, eerily prescient classic in conversation with the SYA audience.”

Jonathan Berry joined the Steppenwolf staff as Artistic Producer and Director of The School at Steppenwolf in June 2015. A prolific director, he began his work in Chicago as Steppenwolf’s Artistic Office intern in 1998, and has continued a strong relationship with the company since. His Steppenwolf directing credits include Nick Payne’s Constellations, Melinda Lopez's Gary for First Look and A Separate Peace for Steppenwolf for Young Adults, as well as assisting on The Weir, The Man Who Came to Dinner, Mother Courage and Her Children and This is Our Youth. Since 2009, Berry has taught Viewpoints for the School at Steppenwolf. A company member of both Steep and Griffin Theatres, Berry has also directed for many Chicago companies, including Goodman Theatre, Steep, Griffin, Remy Bumppo, Redtwist, Lifeline, and The Gift. 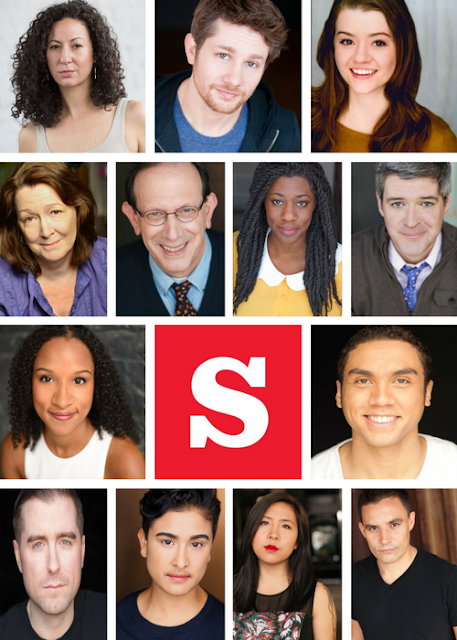 Visitor Information & Accessibility
Steppenwolf is located at 1650 N Halsted St near all forms of public transportation and is wheelchair accessible. The parking facility consists of both a covered garage ($11 cash or card) and an open-air lot, located just south of our theater at 1624 N Halsted. Valet parking service ($14 cash) is available directly in front of the main entrance at 1650 N Halsted St starting at 5pm on weeknights, 1pm on weekends and at 12 noon before Wednesday matinees. Street and lot parking are also available. For last minute questions and concerns, patrons can call the Steppenwolf Parking Hotline at 312.335.1774.

Committed to making the Steppenwolf experience accessible to everyone, performances featuring American Sign Language interpretation, open captioning and audio description are offered during the run of each play. Assistive listening devices and large-print programs are available for every performance. With the expertise of Assistive Hearing Systems Ltd., Steppenwolf installed an induction loop on both the main and balcony levels of our Downstairs Theatre in 2015. There is also an induction loop installed in the 1700 Theatre.

Front Bar: Coffee and Drinks
Connected to the main lobby is Steppenwolf’s own Front Bar: Coffee and Drinks offers a warm, creative space to grab a drink, have a bite, or meet up with friends and collaborators, day or night. Open daily from 8am to midnight, Front Bar serves artisanal coffee and espresso is provided by La Colombe and has a new menu for this spring and summer with food prepared by Goddess and Grocer. The menu focuses on fresh, accessible fare, featuring grab-and-go salads and sandwiches for lunch and adding shareable small plates and desserts for evening and post show service. www.front-bar.com

Steppenwolf Education’s unique approach combines play production with educational components to enhance arts education for young audiences, as well as their teachers and families. Every season Steppenwolf for Young Adults creates two full-scale professional productions specifically for teens. Working closely with the Chicago Public and metropolitan area schools and other community partners, Steppenwolf’s Education department annually ensures access to the theater for more than 15,000 participants from Chicago’s diverse communities. The initiative also includes post-show discussions with artists; classroom residencies led by Steppenwolf-trained teaching artists in almost 100 classrooms in public high schools; professional development workshops for educators; and the Young Adult Council, an innovative year-round after-school initiative that uniquely engages high school students in all areas of the theater’s operations, as well as other teen and community based programs.

Steppenwolf Theatre Company is the nation’s premier ensemble theater. Formed by a collective of actors in 1976, the ensemble has grown to 49 members who represent a remarkable cross-section of actors, directors and playwrights. Thrilling and powerful productions from Balm in Gilead to August: Osage County—and accolades that include the National Medal of Arts and 12 Tony Awards—have made the theater legendary. Steppenwolf produces hundreds of performances and events annually in its three spaces: the 515-seat Downstairs Theatre, the 299-seat Upstairs Theatre and the 80-seat 1700 Theatre. Artistic programing includes a seven-play season; a two-play Steppenwolf for Young Adults season; Visiting Company engagements; and LookOut, a multi-genre performances series. Education initiatives include the nationally recognized work of Steppenwolf for Young Adults, which engages 15,000 participants annually from Chicago’s diverse communities; the esteemed School at Steppenwolf; and Professional Leadership Programs for arts administration training. While firmly grounded in the Chicago community, nearly 40 original Steppenwolf productions have enjoyed success both nationally and internationally, including Broadway, Off-Broadway, London, Sydney, Galway and Dublin. Anna D. Shapiro is the Artistic Director and David Schmitz is the Executive Director. Eric Lefkofsky is Chair of Steppenwolf’s Board of Trustees. 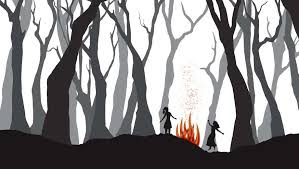