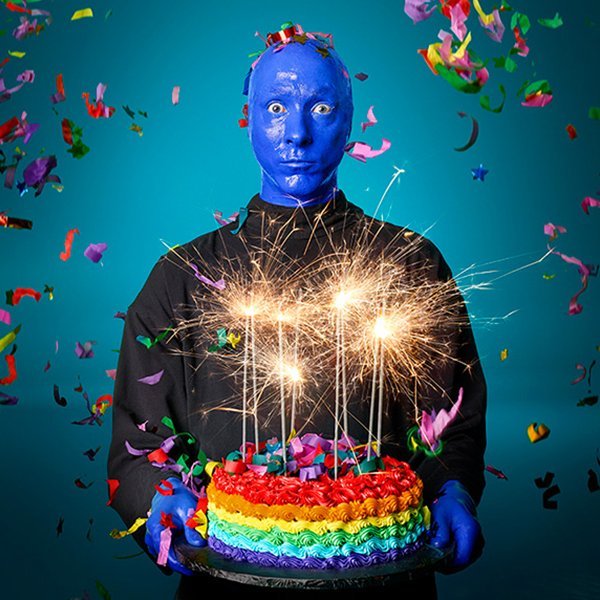 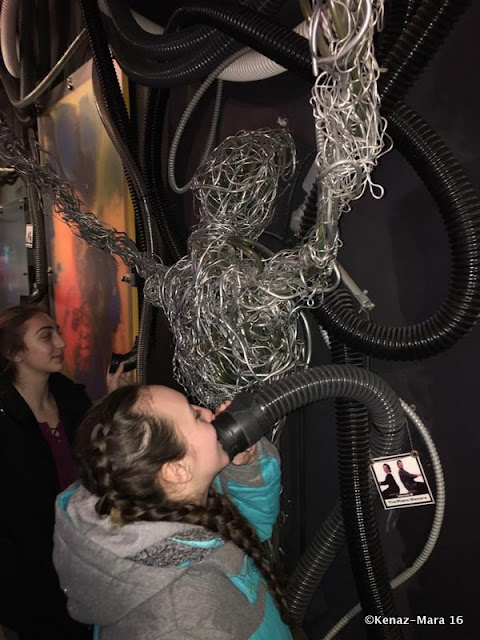 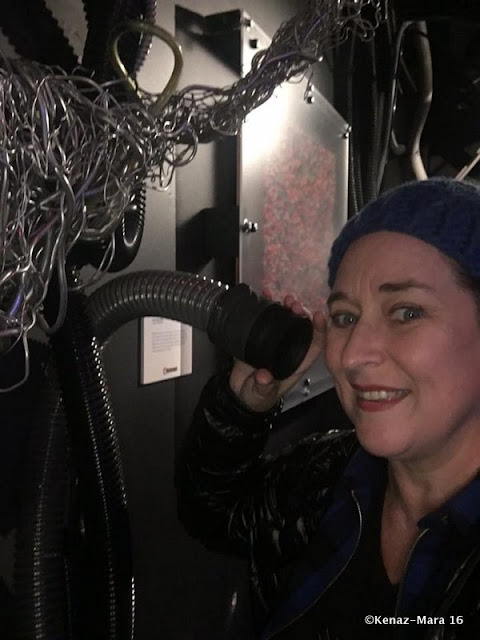 We've shot photos and video interviews at their auditions, covered their art unveilings, show updates, CD and book releases and had the great pleasure of shooting stills at one of their shows. We're even quoted on their door! 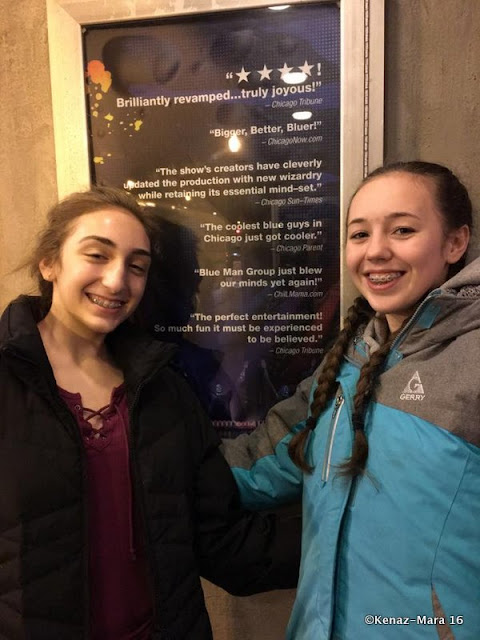 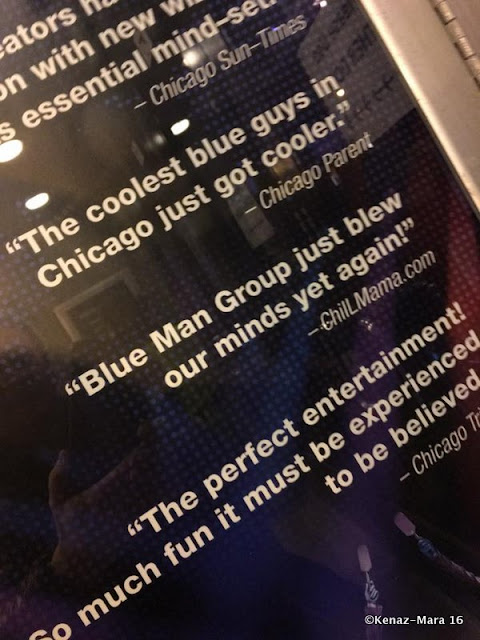 Yes, we're true blue fans here. So of course we'll be out to celebrate their milestone "birthday" this Thursday, too.

Click HERE and scroll down for many of our past photo filled blog features on Blue Man Group. 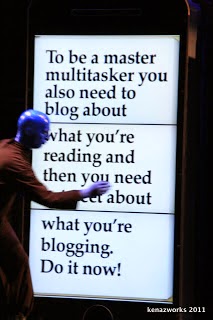 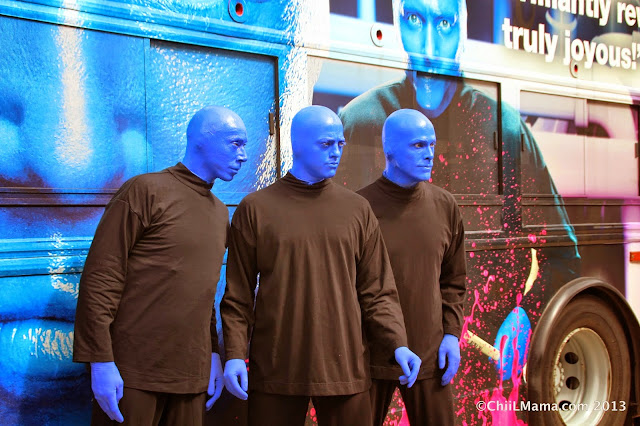 Blue Man Group, the critically hailed theatrical phenomenon with an open run at the Briar Street Theatre, will celebrate 20 years in Chicago Thursday, October 12 with a special birthday performance at 8 p.m. Guests of the celebration will enjoy a few surprises during the show that will coincide with the special milestone as well as receive commemorative cupcakes from Sprinkles Cupcakes after the performance. 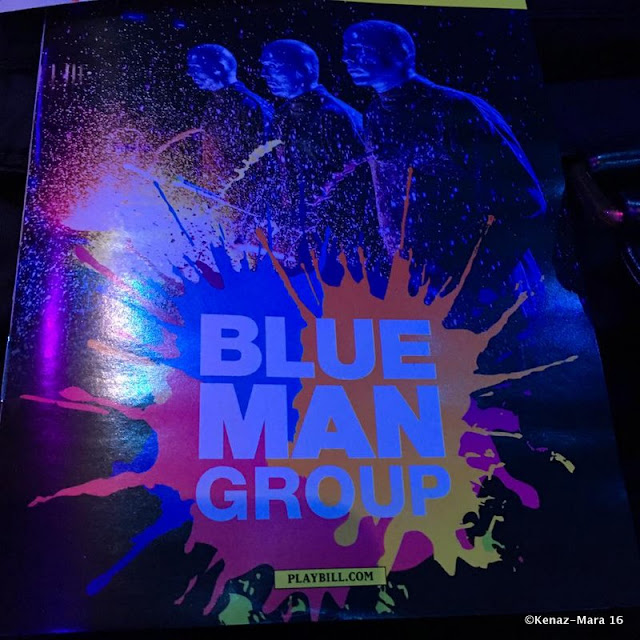 Since its Briar Street Theatre debut in 1997, Blue Man Group Chicago has: 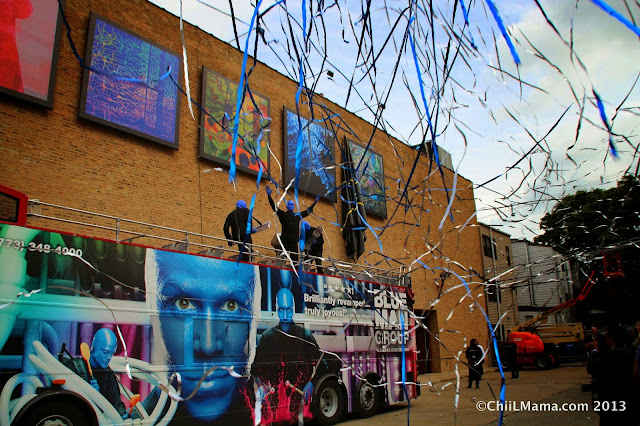 Blue Man Group performances are a celebration of human connection. Mixing art, music, comedy and state-of-the-art technology, the show encourages audiences to reconnect with their inner (and outer) child and see the world through a new perspective.  Three bald and blue men explore our cultural norms with wonder, poking fun at our collective quirks and reminding us how much we all have in common. Backed by a live rock band, the Blue Men unify the audience for the show’s celebratory climax - an unforgettable, euphoric dance party. 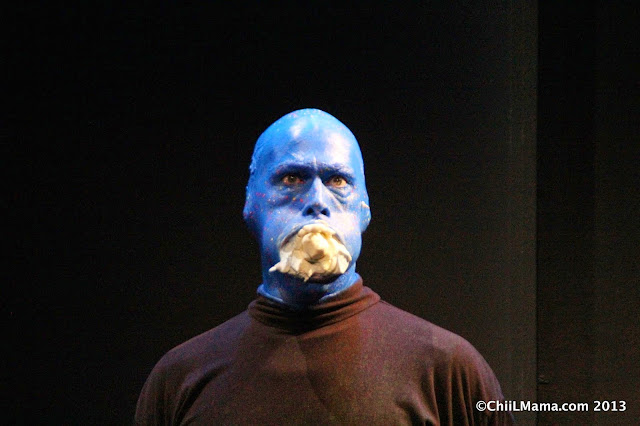 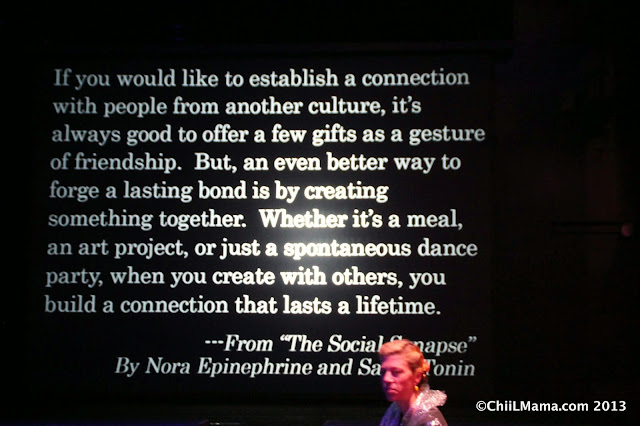 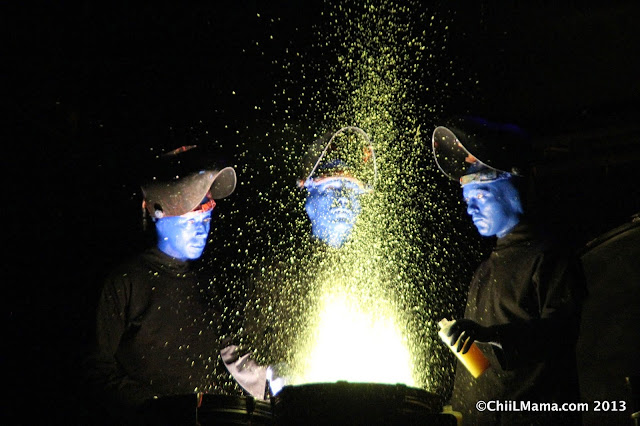 Blue Man Group is continually refreshed with new music, fresh stories and custom instruments. It's a joyful, multi-sensory experience that has performed in over 20 countries and has captivated more than 35 million people of all ages and cultures worldwide. 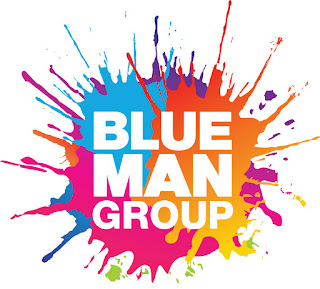 Tickets are available from $39-$99. Tickets may be purchased at the Briar Street Theatre by calling the box office at (773) 348-4000; by calling Ticketmaster at (800) 982-2787; at all Ticketmaster ticket centers or via the Internet. For a full show schedule and ticket pricing, please click HERE.