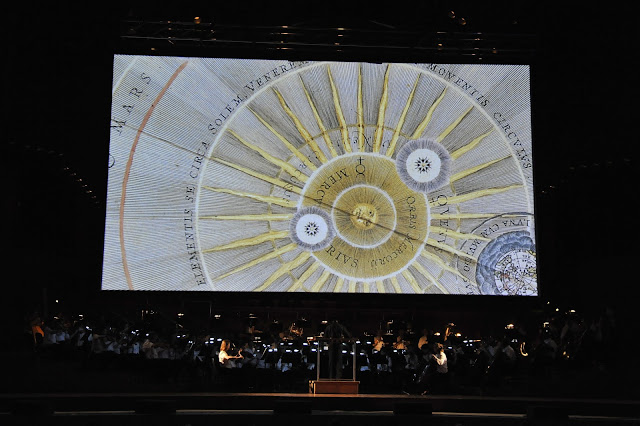 
Chicago Sinfonietta concludes its 2015-2016 Season with Cosmic Convergence, a special multi-media concert honoring a decade of collaboration with Chicago-based, KV 265 Emmy-nominated astronomer and visual artist Dr. José Francisco Salgado including encore performance of their “greatest hits” plus the World Premiere and Chicago Premiere of two films by Dr. Salgado. The Sinfonietta performs Cosmic Convergence tonight in its downtown Chicago home venue of Symphony Center, Monday, May 23 at 7:30 pm.

Tickets: Single tickets range from $18-$60 for concerts at Symphony Center with special $10 pricing available for students. Tickets can be purchased by calling Chicago Sinfonietta at 312.284.1554 or online at www.chicagosinfonietta.org. 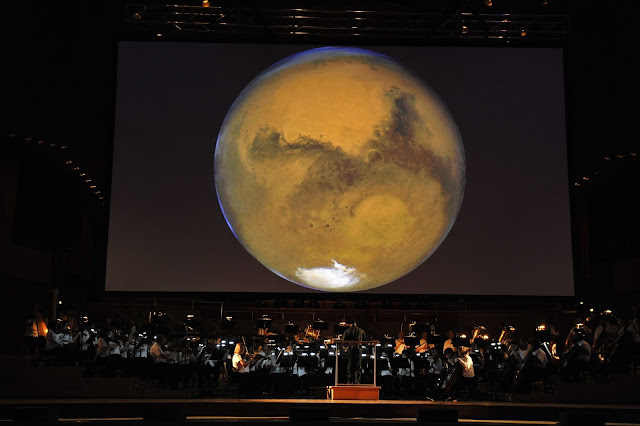 Ten years ago, Chicago Sinfonietta first collaborated with Dr. Salgado and the Adler Planetarium with the debut performance of what soon became an award-winning suite of seven short films set to Gustav Holst’s most famous work, The Planets. As a result of this collaboration, Dr. Salgado co-founded KV 265, a non-profit organization dedicated to promoting science through music. Throughout the last decade, this highly acclaimed creative partnership was renewed with performances of works by Mussorgsky and Ravel set to Salgado’s films, opening the Sinfonietta to an even-broader international audience including a multi-media experience performed for over 12,000 people at Millennium Park in 2008.

To mark this special anniversary, Chicago Sinfonietta presents an encore performance of its “greatest hits” from this partnership while introducing a World Premiere film by Dr. Salgado produced specifically for Hector Berlioz’s epic Symphonie fantastique as well as the Chicago Premiere of Dr. Salgado’s work for John Estacio’s lyrical, contemplative Borealis. The program begins as this partnership did ten years ago with a performance of the Jupiter movement from Holst’s epic work, The Planets. A thunderous performance of Holst’s the Mars movement from the same work will also be featured. The second half of the concert will feature orchestral works including Sierra’s Júbilo, Abels’ Global Warming and Tchaikovsky’s Capriccio Italien. Victory Road, a work written by composer Michael Abels to honor the life and legacy of Sinfonietta’s late founder, Maestro Paul Freeman, will also make its World Premiere during these performances and will bring the organization’s Season of Celebration to a fitting conclusion.

Pre-concert and during intermission audience members will be invited to touch, hear, and observe the universe up close and personal with diverse astronomers from across the city including the Naperville Astronomical Association during the Wentz Concert Hall performance and the Kavli Institute for Cosmological Physics, the Cernan Earth and Space Center, and the Chicago Astronomical Society during the Symphony Center performance.

“Maestro Freeman and Chicago Sinfonietta approached me to produce astronomy visuals for their performances in 2006 of The Planets by Gustav Holst,” recalls Dr. Salgado. “I immediately realized that I could make more than just a pretty slide show. I could produce a film to support the music that would also stand alone as artwork,” he said. “I have long felt creativity was crucial to both art and science, and this was the motivation I needed to start making films combining music with science.”

“We are thrilled to have been the inspiration leading to the creation of KV 265,” said Jim Hirsch, Chicago Sinfonietta’s Executive Director. “It is a testament to the Sinfonietta’s commitment to original and innovative programming. The Chicago Sinfonietta has premiered three of José Francisco’s critically-acclaimed Science & Symphony films which have been an inspiration to thousands of people in Chicago and around the world.”

“The first Science & Symphony production I conducted was the premiere of Moonrise set to Ravel’s lush score of Daphnis and Chloe. It was innovative and beautiful,” said Maestro Chen. “Dr. Salgado’s works always show a great sensitivity and understanding of the music - his incredible films with amazing images and videos, combined with the masterpieces of music, creates very unique artistic experiences our concert audiences are sure to enjoy!"

About Chicago Sinfonietta
In its 28th season, Chicago Sinfonietta has pushed artistic and social boundaries to provide an alternative way of hearing, seeing and thinking about a symphony orchestra. Led by Music Director Mei-Ann Chen since 2011, each concert experience blends inventive new works with classical masterworks, each from a diverse array of voices, to entertain, transform and inspire. Learn more at www.chicagosinfonietta.org.

About KV 265
KV 265 is a non-profit organization whose mission is the communication of science through art to communities in the United States and worldwide. It seeks to heighten appreciation and understanding of art, music, science, and technology, and to inspire further exploration of these disciplines among its audience members through multimedia concerts, lectures, and educational workshops. KV 265’s flagship Science & Symphony films have been presented in more than 120 performances and have reached 265,000 people in more than 50 cities in 9 countries worldwide. For more information, visit KV265.org or call 312-565-1028.

KV 265 would like to thank their season sponsors: Exelon Corporation, the Richard H. Driehaus Foundation, the Reva & David Logan Foundation, and the Joseph & Bessie Feinberg Foundation.

Posted by Bonnie Kenaz-Mara at 7:25 AM