ChiIL Mama/ChiIL Live Shows will be there... will YOU?! 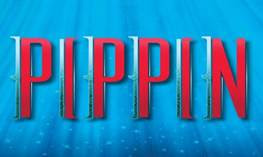 PIPPIN is back for the first time since it thrilled audiences 40 years ago… With a beloved score by Tony nominee Stephen Schwartz (Wicked, Godspell), PIPPIN tells the story of a young prince on a death-defying journey to find meaning in his existence. Will he choose a happy but simple life?  Or will he risk everything for a singular flash of glory. This captivating new production is directed by Tony winner Diane Paulus (Hair and The Gershwins’ Porgy and Bess).  It features sizzling choreography by Tony Award nominee Chet Walker in the style of Bob Fosse and circus creation of breathtaking acrobatics by Gypsy Snider of the Montreal-based circus company Les 7 doigts de la main (also known as 7 Fingers) the creative force behind the nationwide sensation Traces.  PIPPIN is noted for many Broadway standards including “Corner of the Sky,” “Magic To Do,” “Glory,” “No Time at All,” “Morning Glow,” and “Love Song.”


Individual tickets for PIPPIN at the Cadillac Palace Theatre are on sale now. Tickets are available now for groups of 10 or more by calling Broadway In Chicago Group Sales at (312) 977-1710.  Tickets are available at all Broadway In Chicago Box Offices (24 W. Randolph St., 151 W. Randolph St., 18 W. Monroe St. and 175 E. Chestnut), the Broadway In Chicago Ticket Line at (800) 775-2000, all Ticketmaster retail locations and online at www.BroadwayInChicago.com.  For more information, visit www.BroadwayInChicago.com or www.PippinTheMusical.com and follow PIPPIN on Twitter: @PippinMusical or on Facebook.

Posted by Bonnie Kenaz-Mara at 8:46 AM