THE AUDITORIUM THEATRE CONTINUES ITS MOMENTOUS ANNIVERSARY CELEBRATION WITH THE ADDITION OF “AN EVENING WITH THE ROOSEVELTS” AND GRAMMY® AND ACADEMY AWARD®-WINNING MUSICIAN A.R. RAHMAN

“The momentum of our spectacular 125th Anniversary Season is not slowing down as we bring new and diverse performances to our historic landmark stage,” said Auditorium Theatre Executive Director Brett Batterson. “We are delighted to help celebrate Roosevelt University’s 70th Anniversary with the special performance of “An Evening with the Roosevelts” starring the incomparable Ed Asner and Loretta Swit. We are equally excited to welcome the internationally renowned talent of A.R. Rahman to our stage. His list of musical accomplishments is unmatched in modern music and his live shows always leave his fans breathless.”

Founded in 1945, Roosevelt University will celebrate its 70th Anniversary with a special performance and gala dinner on April 10. “An Evening with the Roosevelts” features two, one-act performances by stars Ed Asner, who portrays Franklin Roosevelt and Loretta Swit taking on the persona of Eleanor Roosevelt. Asner, recognized for many roles, including “The Mary Tyler Moore Show,” “Lou Grant,” “Elf” and “The Good Wife,” depicts the former president’s achievements that propelled the country through difficult times in World War II and The Great Depression. Asner’s emotional performance also touches upon Roosevelt’s struggles with his declining health and polio. Swit, who starred as Major Margaret “Hot Lips” Houlihan on the TV show “M*A*S*H,” spotlights the difficulties that Eleanor Roosevelt experienced in her marriage, as well as her accomplishments as a human rights advocate and First Lady.

Corporate sponsors of “An Evening with the Roosevelts” are Mesirow Financial and McDonalds. For sponsorship opportunities and dinner information please contact Lauren Chill at (312) 341-3849 or lchill@roosevelt.edu. 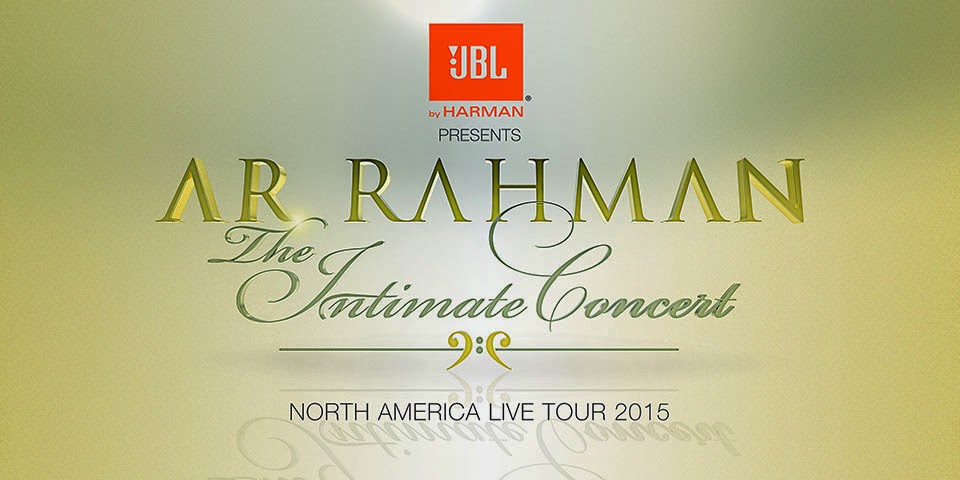 Internationally renowned musician and composer A.R. Rahman will make his Auditorium Theatre debut on Sunday, May 31 as part of his 2015 North American tour. “JBL Presents A.R. Rahman: The Intimate Concert Tour” features a range of material from his accomplished career. A two-time Academy Award® and Grammy Award®-winner, Rahman was hailed by Time magazine as “the musician who has helped redefine contemporary Indian music” and is one the world’s best-selling recording artists of all time.
"I've wanted to return to North America to perform for a while now, and I’m excited to be coming back for a series of concerts this spring,” said A.R. Rahman. “These are going to be very special performances and I’m grateful to have the chance to share them with different audiences."

Rahman’s North American tour kicks off May 21, 2015 in Huntington, NY at The Paramount before traveling to other major cities including the Beacon Theatre in New York City, Bass Concert Hall in Austin and Nokia Theatre L.A. LIVE in Los Angeles.

Rahman has sold more than 150 million albums comprising of music from over 100 film soundtracks and spanning over half a dozen languages, including landmark scores such as “Roja,” “Bombay,” “Dilse,” “Taal,” “Lagaan,” “Vandemataram,” “Jodhaa Akbar,” “Delhi 6,” “Slumdog Millionaire,” “127 Hours,” “Rockstar,” “Couples Retreat,” “People Like Us,” “Highway,” “Million Dollar Arm” and “The Hundred-Foot Journey.” He is currently working on a composition for the forthcoming film “Pele,” a biopic chronicling the legendary Brazilian soccer player’s life.

In addition to his two Academy Awards® and two Grammy Awards®, his accolades include winning a BAFTA Award, a Golden Globe® Award, four National Film Awards, twenty-nine Filmfare Awards and countless others. He has also been awarded six honorary doctorates, the most recent being from the prestigious Berklee College of Music in Boston. Rahman’s non-film projects include orchestrations for athletic and other big events, including the Commonwealth Games in 2010 and the London Olympics opening ceremony in 2012. He is also the subject of a new documentary called “Jai Ho” that premiered at The Museum of The Moving Image in New York on February 25, 2015.

Performance tickets ($25 – $65) are available online at AuditoriumTheatre.org, by calling (800) 982-ARTS (2787) or in-person at Auditorium Theatre’s Box Office (50 E. Congress Pkwy). Discounted tickets for groups of 10 or more are available at (312) 341-2357 or sales@auditoriumtheatre.org. Tickets are free for Roosevelt University students by visiting the theatre at 50 E Congress Pkwy through March 27. Two per valid RU Student ID.

VIP tickets including premium seats, a meet and greet and photo with A.R. Rahman, access to the pre-show hospitality lounge with appetizers and beverages and exclusive merchandise, go on sale March 4 with the-pre-sale.
For more information, please visit arrahman.com.

The University will celebrate with a lecture series commemorating Roosevelt’s restoration of the building and its founding faculty and students. Throughout its 2014-15 Season, CCPA will explore ways to reflect upon the Auditorium’s history in programming by its theatre and music conservatories.  In addition, its annual musical highlight, “Vivid”, on April 1, 2015, will feature music that has played an important part in the history of the Auditorium Theatre.  “The Auditorium is clearly one of Chicago’s treasures and we are pleased to join with them in celebrating this milestone,” said CCPA Dean Henry Fogel.

The Auditorium Theatre is generously supported by the MacArthur Foundation, the Illinois Arts Council, the Sage Foundation, and the Palmer House Hilton. For more information about programming, volunteer and donor opportunities or theatre tours, call (312) 341-2310 or visit AuditoriumTheatre.org.
Posted by Bonnie Kenaz-Mara at 3:22 PM