OPENING: THE ILLUSIONISTS - WITNESS THE IMPOSSIBLE™ AT CADILLAC PALACE THEATRE 3/10 – 22

Here at ChiIL Mama and ChiIL Live Shows, we've been promoting THE ILLUSIONISTS since they first announced their Chicago run last July! FINALLY opening night is drawing near, this Thursday, March 12th in fact. Got your tickets yet?! Don't miss THIS! ChiIL Mama and the kids will be there celebrating my son Dugan's 14th birthday. It's going to be one rockin' awesome magic show! 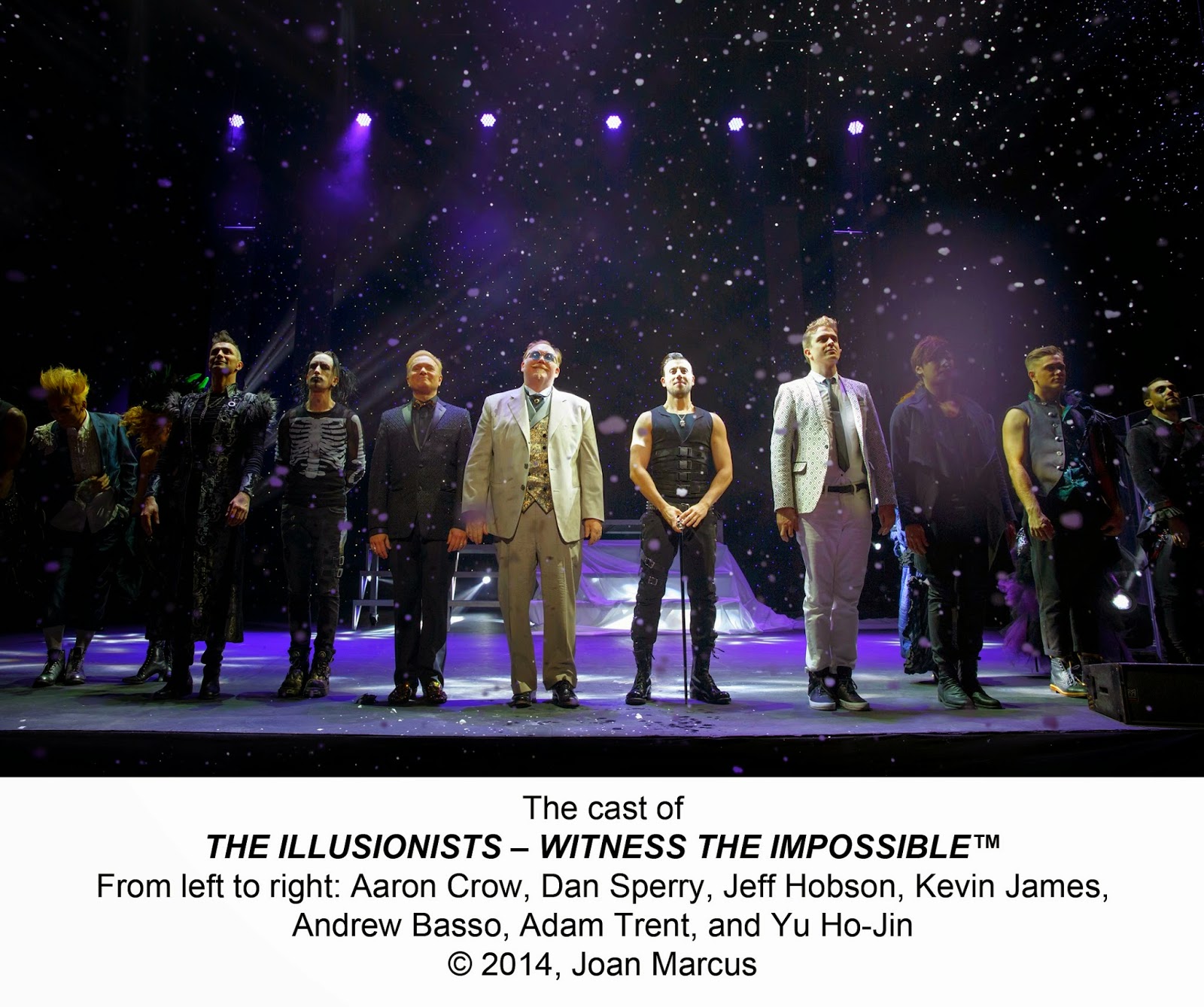 Broadway In Chicago is thrilled to announce that direct from Broadway, THE ILLUSIONISTS - WITNESS THE IMPOSSIBLE™, the world’s best-selling touring magic show, will play the Cadillac Palace Theatre (151 W Randolph) for a two-week limited engagement March 10 – 22, 2015. 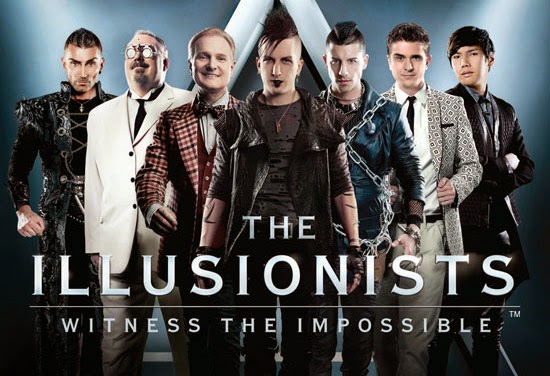 Having shattered box office records around the world, THE ILLUSIONISTS - WITNESS THE IMPOSSIBLE™ made it's US debut at New York City’s Marquis Theatre in Times Square on November 26, 2014. This mind-blowing spectacular showcases the jaw-dropping talents of seven of the most incredible illusionists on earth.   Full of hilarious magic tricks, death-defying stunts and acts of breathtaking wonder, THE ILLUSIONISTS has dazzled audiences of all ages.  Creative Producer Simon Painter said, “We can’t wait to bring this electrifying show to Chicago for a truly entertaining experience for the whole family. THE ILLUSIONISTS is the most non-stop and powerful mix of outrageous and astonishing acts ever to be seen on the live stage.” 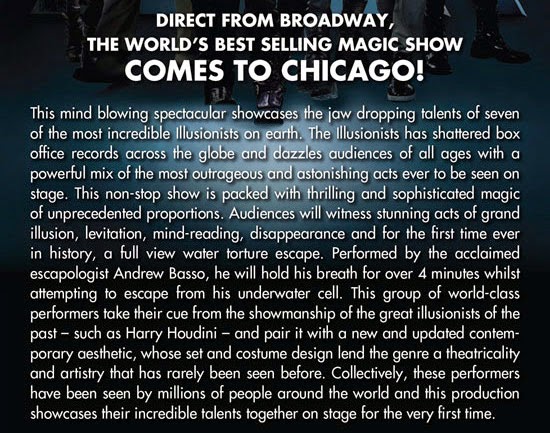 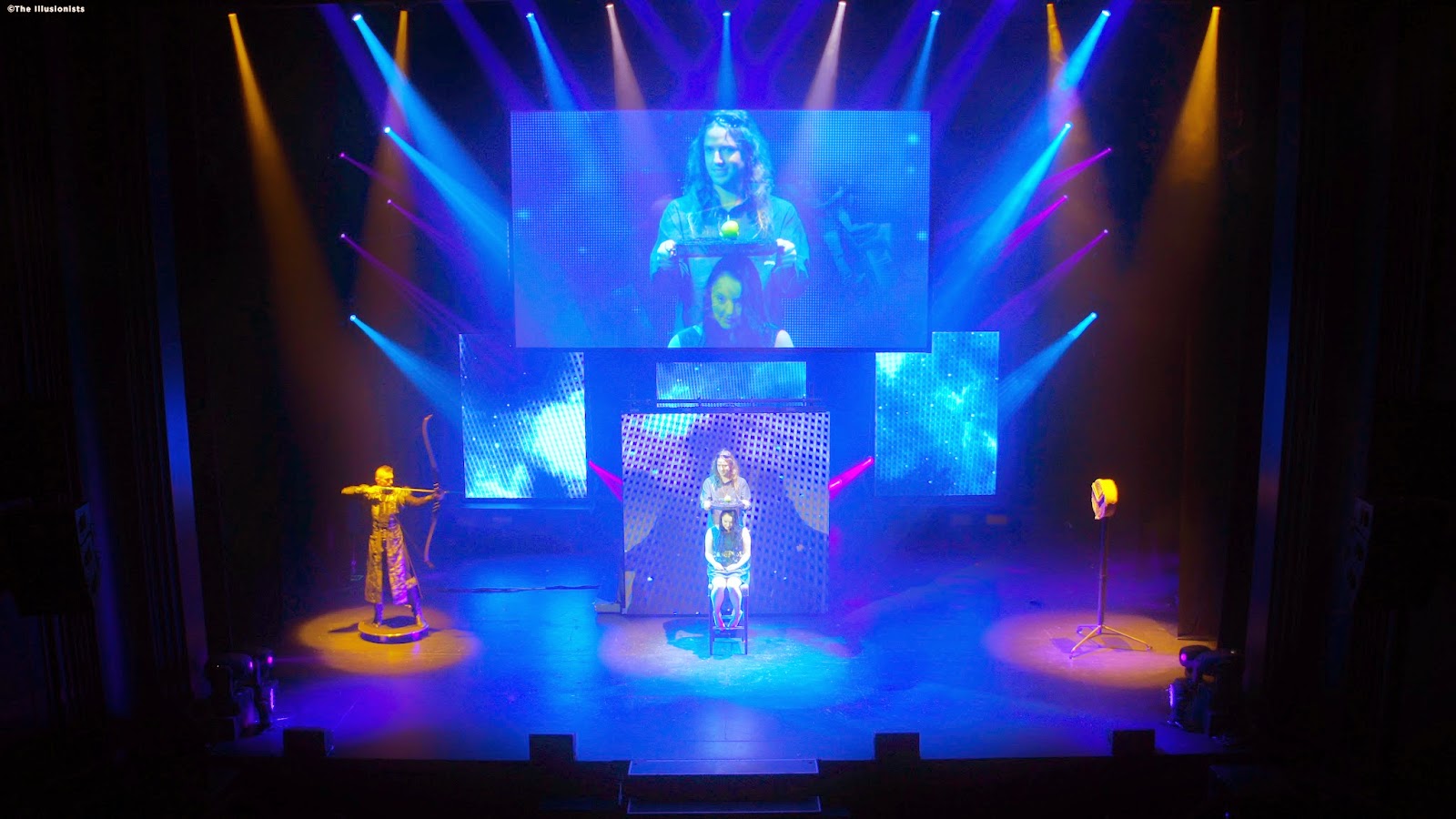 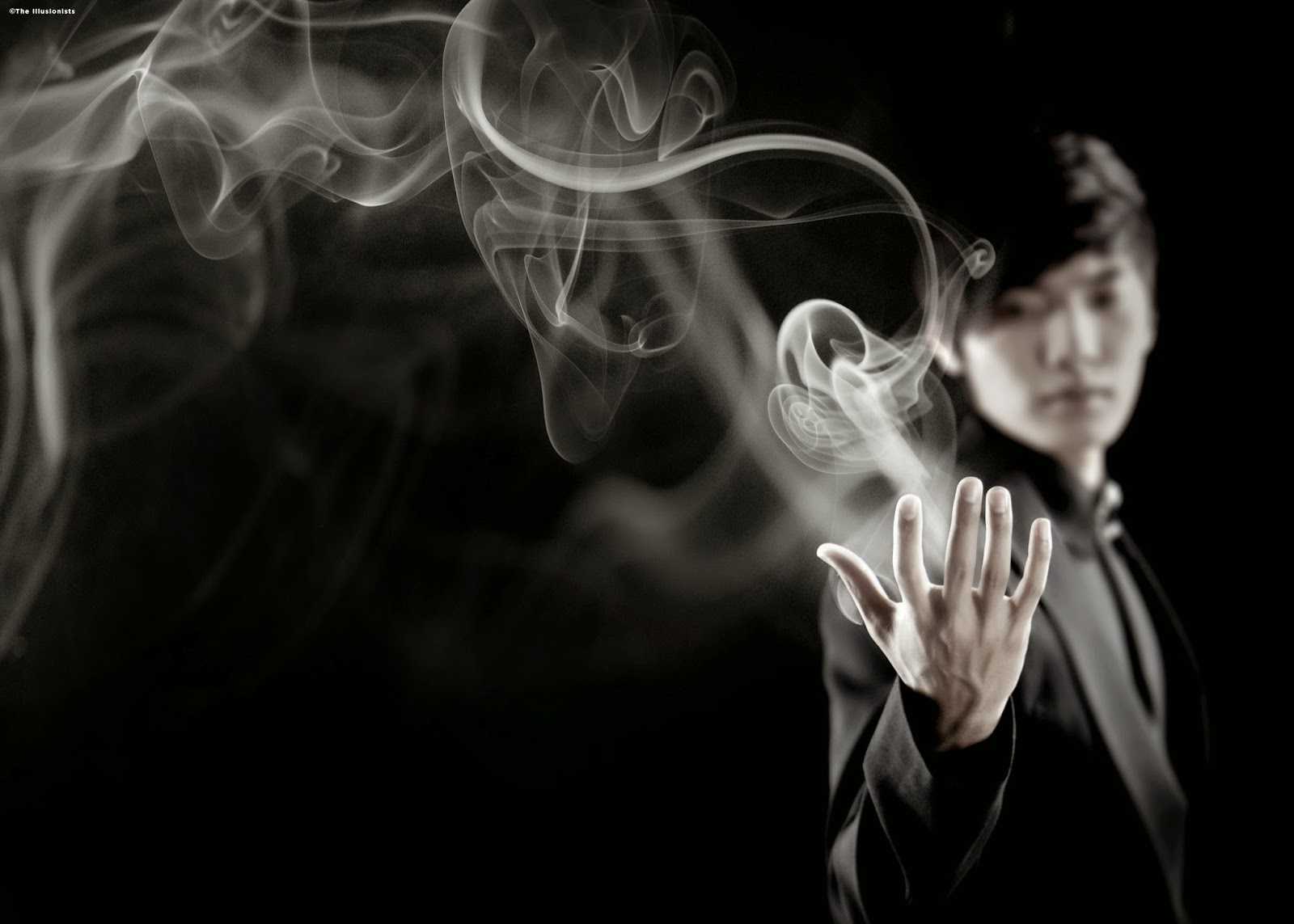 
Individual tickets for THE ILLUSIONISTS - WITNESS THE IMPOSSIBLE™ at the Cadillac Palace Theatre range from $16-$80.  A select number of premium seats are also available for many performances.

Email ThisBlogThis!Share to TwitterShare to FacebookShare to Pinterest
Labels: Broadway in Chicago, Cadillac Palace Theatre, opening, THE ILLUSIONISTS, THE ILLUSIONISTS - WITNESS THE IMPOSSIBLE™