ENTER TO WIN: The Nut Job on Blu-ray Out 4/15 TODAY On DVD #Recipe #ChiILPicksFlicks #ChiILPicksList

Disclosure:  We're pleased to partner up with Universal to spread the word about the home entertainment release of their hilarious, animated feature, The Nut Job. We were given a Blu-ray copy of the movie for review purposes & one to give away.

Click Here through midnight 4/14 for your chance to WIN 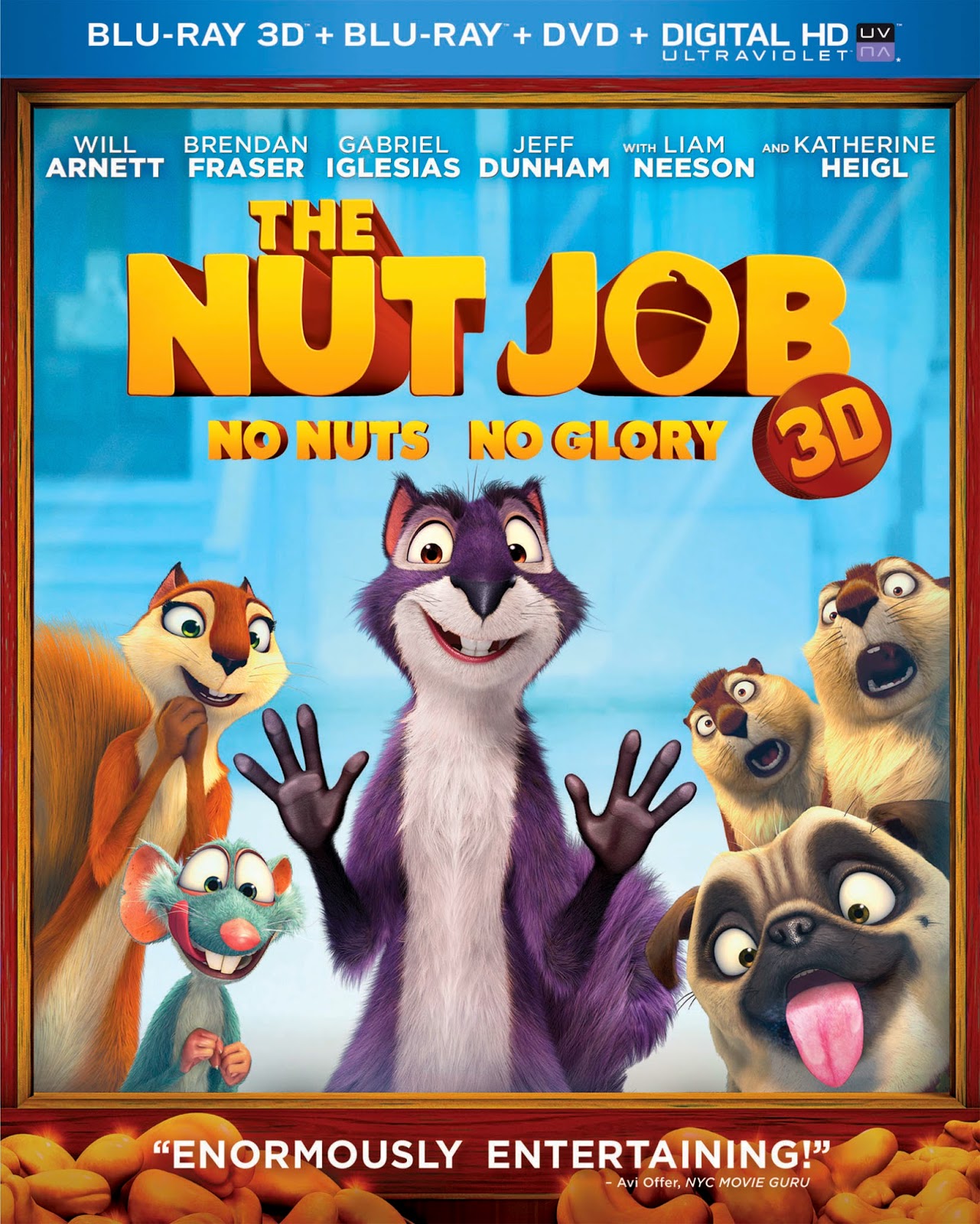 GO NUTS FOR THE FAMILY MOVIE EVENT OF THE SEASON!
THE NUT JOB

Be prepared for one squirrelly adventure in the action-packed comedy, The Nut Job, starring Will Arnett (Despicable Me, Ratatouille) as Surly, a mischievous squirrel on a mission to prove himself. The Nut Job comes to Blu-ray 3D and Blu-ray Combo Pack including Blu-ray, DVD, & DIGITAL HD with UltraViolet as well as On Demand on April 15, 2014, from Universal Studios Home Entertainment. The film will also be available on DIGITAL HD one week early on April 8, 2014.

Surly (Arnett) is a mischievous squirrel with a mission: to find the tastiest nuts for winter. When he discovers a whole store filled with his favorite food, he plans a heist of nutrageous proportions. But the place turns out to be owned by ruthless bank robbers so it’s up to Surly and his furry friends to stop the nearby bank heist and save the town.

Disclosure:  Once again, we're pleased to partner up with Universal to spread the word about the home entertainment release of their hilarious, animated feature, The Nut Job. We were given a Blu-ray copy of the movie for review purposes and one for our readers too.
Posted by Bonnie Kenaz-Mara at 12:28 PM