The Hypocrites are one of our top local favorites, and the Jeff Committee seems to agree with us. We're elated to see The Mikado will return December 2014-February 2015. 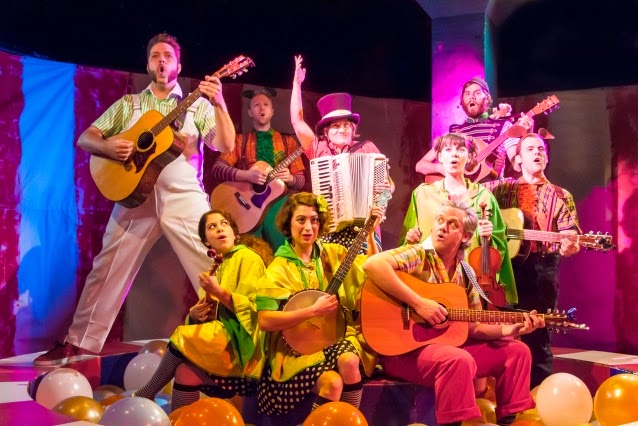 Mash Note to The Mikado:

Dear Hypocrites Mikado-- We were so elated to see you in December. You lit up the darkest, coldest of times with flash and panache. We told everyone we knew about you and couldn't wait to introduce them to you. Of course you charmed anyone who came within reach of your siren's song! 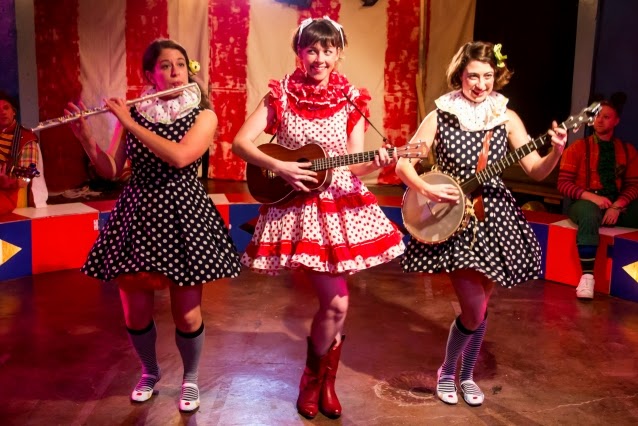 You didn't just break down the 4th wall, you ran rings around it! We were so impressed with your acting, costumes, and the whole interactive, participatory vibe. You were a colorful, riotous explosion of song, dance and fun and a blast to spend an evening with.

We can't wait to see you again! 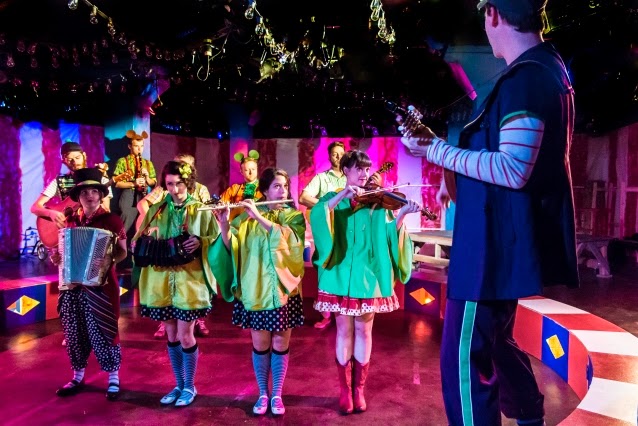 “★★★★” Chris Jones, Chicago Tribune
There’s too much ﬂirting going on in the town of Titipu- and it’s against the law! So the Mikado (emperor of all) decrees that heads must roll. But what can you do when love is in the air?
The Hypocrites’ smash hit Mikado is back. This re-imagination of beloved Gilbert and Sullivan will feature unfathomable amounts of operetta hits and is intended to provide a summer-like secular experience for fun-loving Yule time ticket buyers of all ages.

“One of the most enjoyable, creative pieces of theater I’ve seen all year! People: go see The Mikado!!!!”
Rick Bayless (via Twitter), Top Chef Masters winner

“(The Hypocrites) made it much shorter and they also made the songs more funny. It was funny to begin with, but they made it even more funny, which is the best of all things you can do with a play.”  Ada Grey, Age 9

“intoxicating, exhilarating, unexpected production that is sure to be on my list of the ten best productions of the year (yep, it’s that good). ” Francis Sadac, From the Ledge 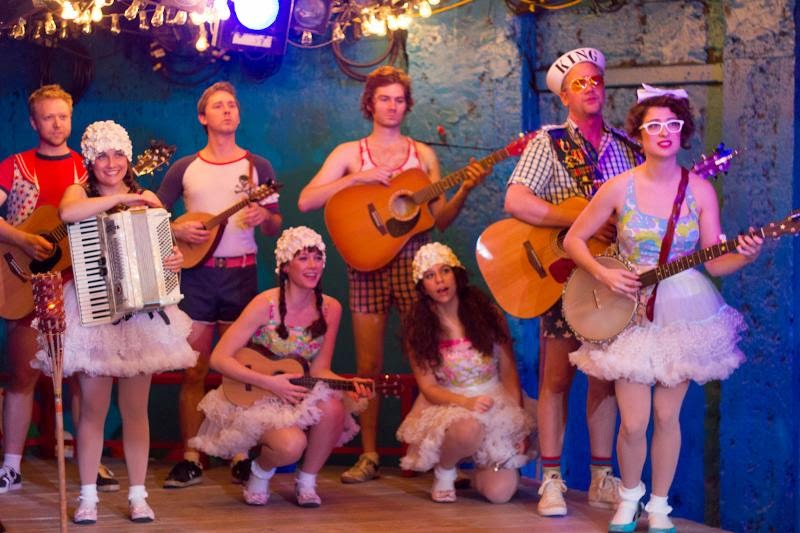 The World Premiere Adaptation of Gilbert and Sullivan's
H.M.S. PINAFORE
In Repertory with Popular Remounts of
THE MIKADO & THE PIRATES OF PENZANCE
Adapted and Directed by Founding Artistic Director Sean Graney
December 2014-February 2015

Email ThisBlogThis!Share to TwitterShare to FacebookShare to Pinterest
Labels: 18th season, 2014-15 season announced, act out, mash note to The Mikado, The Hypocrites