Put Out Your Hand-Little Miss Ann
Original Video by ChiILMama

It's 2 for 1 kids' indie fun this Saturday at Martyrs'.   Enter here for your shot at 4 free tickets.
*Wait for Rafflecopter to load up right here (if you've gone through RSS feed or are scrolling down the blog and don't see it, click on the actual page title or "a Rafflecopter giveaway link" and it should pop right up).   Enter like we vote in Chi, IL...early and often. 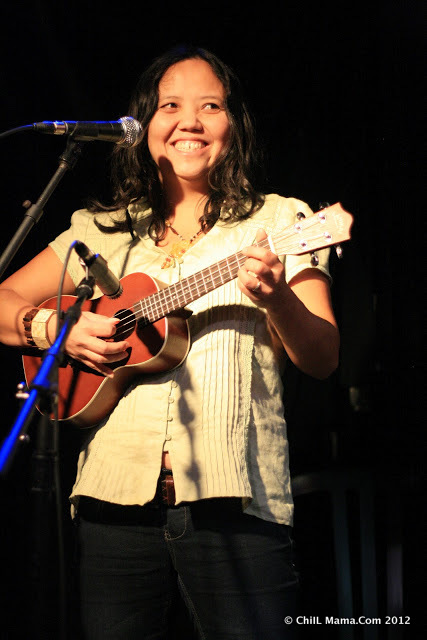 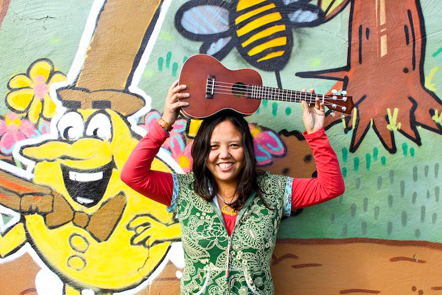 Chicago's Little Miss Ann is a veteran instructor at the Old Town School of Folk Music. Ann Torralba, aka Little Miss Ann is a former CPS Special Education teacher. Ann and her husband, Patrick, her drummer, have created 3 well-received kids cds that are upbeat folk rock that families love to sing and dance along. She was recently nominated best local "Kids Music Act" by Time Out Chicago Kids.   Check out her main site here for more info. 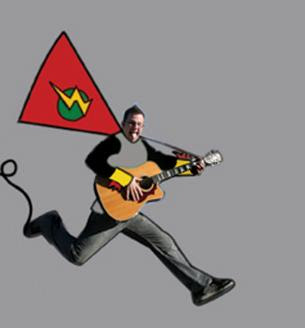 Dave Hamiton’s musical roots were planted by his family in central Illinois. Even back then he was into capes. Many memories involved rocking out with his siblings. He fondly recalls being used as a puppet in home shows orchestrated by his sisters. Today they are still known to perform for a crowd.From a very young age, David shined in all things musical. Some of his merits include winning national awards in choreography & vocals during high school sporting a wicked mullet, Dave was the first to bring hip hop to the Castle Stage in Walt Disney World Orlando performing as a finalist on Ed McMahon's Star Search. Dave showed 'N Sync a few moves.At 20, Dave met his best friend “Gui-tar.” Together they have been performing & creating magical lyrics for the past 15 years. You never meet one without the other.   Check out Mr. Dave's main site here.