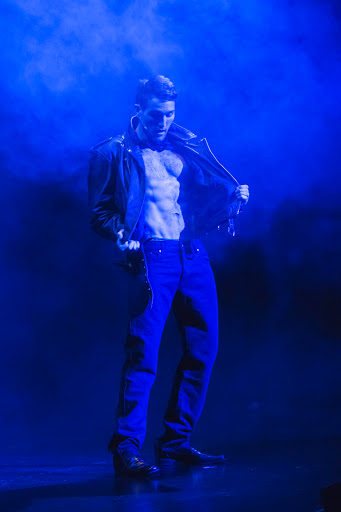 We can't wait to check out SPANK! on opening night, November 30th!   We've also got 2 free opening night tickets for one of our lucky readers.   Enter right here for your chance to win.   Open through midnight November 26th.

SPANK! is written and directed by Jim Millan (Kids In The Hall, Marijuanalogues with Tommy Chong, etc.)  The show is not associated with, nor authorized by, author E.L. James or Vintage Press. 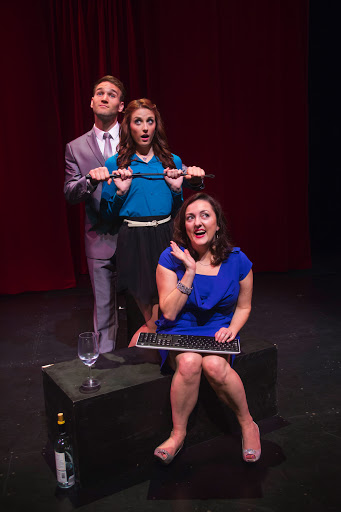 
The hilarious and naughty parody of Fifty Shades of Grey
will dominate audiences at Chicago’s Royal George Theatre
for three weeks only, starting Wednesday, November 28.
Tickets on sale now.

SPANK! The Fifty Shades Parody, the hilarious and naughty new parody of Fifty Shades of Grey, will dominate willing audiences at the Royal George Theatre Main Stage, 1641 N. Halsted, in a limited three-week engagement starting Wednesday evening, November 28. The production, which premiered in Springfield, MA earlier this month, is produced by Mills Entertainment, and  is being presented in Chicago  by the Just For Laughs Group.

SPANK! is a high energy parody of Fifty Shades of Grey, the risqué novel which recently surpassed Harry Potter to become the fastest selling paperback of all time.  SPANK! was written and directed by Jim Millan, whose credits include The Kids in the Hall, Larry King Standing Up, Marijuanalogues with Tommy Chong, and Mythbusters Live. For all the dirty details on SPANK! visit spankshow.com.

Michael Mills, the producer of SPANK!, says audience members can expect “a laugh-filled evening that captures all the escapist fun and absurdity of the novel. TheFifty Shades characters are brought to life with sexy and fun musical numbers – think part SNL, part Chippendale’s - and even those who haven’t read the book will get it!”

SPANK! The Fifty Shades Parody will be staged at the Royal George Theatre, 1641 N. Halsted, for a limited three-week engagement, starting Wednesday, Nov. 28. The performance schedule is as follows: Wednesday and Thursday evenings at 7:30pm; Fridays at 8pm; Saturdays at 5 and 8pm; and Sundays at 3pm. Tickets, priced at $52.50 and $42.50, are now on sale online at Ticketmaster.com; by calling  (800) 982.2787 or (312) 988-9000; or visiting the Royal George box office. A limited number of VIP tickets, offering premium seating, a cast meet & greet, and beverage, are priced at $75 and available for each performance.  The perfect Girls Night Out or a sassy book group outing, discounted tickets are available for groups of ten or more.  For reservations, call GroupTix at 773/327-3778 or visit www.Grouptix.net.

This show is not associated with, nor authorized by, author E.L. James or Vintage Press.
Founded in 1983, the Just For Laughs Group’s growth is concentrated on four major focal points: Festivals (in Montreal, Toronto and Chicago); television production (most notably Gags seen in 135 countries and on 95 airlines); live shows (Canadian tour dates for Jerry Seinfeld, Jeremy Hotz, John Pinette, Louis C.K., the Capital One Just For Laughs Comedy Tour, North American dates for Family Guy Live!); and talent management. The Group has offices in Montreal, Paris, Los Angeles, Toronto, London, and in a dark alley at the end of the street.
Mills Entertainment is a leading producer and promoter of branded live entertainment. Mills collaborates with top brands and personalities to develop, market and produce live theatrical events throughout the U.S. and worldwide. Current projects include The Cake Boss: Bakin’ with the Boss Tour, An Evening with Cesar Millan: Dog Whisperer, Clifford the Big Red Dog Live!, Theresa Caputo Live, and Jack Hanna’s Into the Wild Live. www.millsentertainment.com 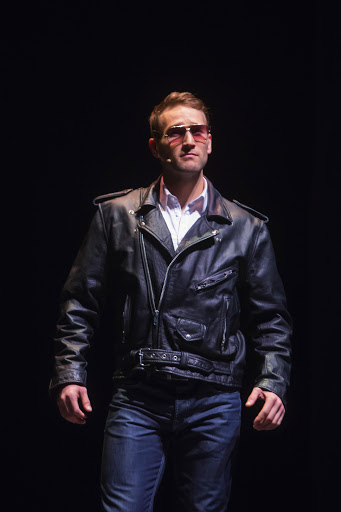 SPANK! The Fifty Shades Parody
Royal George Theatre Main Stage
Limited Run November 28 – December 16
SPANK! The Fifty Shades Parody is the hilarious new musical that brings all the naughty fun of the best-selling book to life in a parody that captures the escapist fun and absurdity of the novel in one laugh-filled, high-energy show. A bit SNL, a bit Chippendales, SPANK! delivers non-stop laughs, sexy fun, and lots of surprises. Don't miss the show that has Chicago all a buzz! 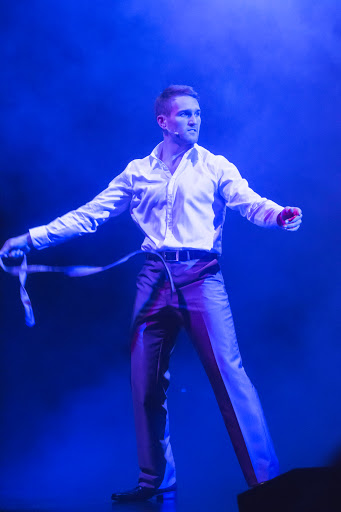 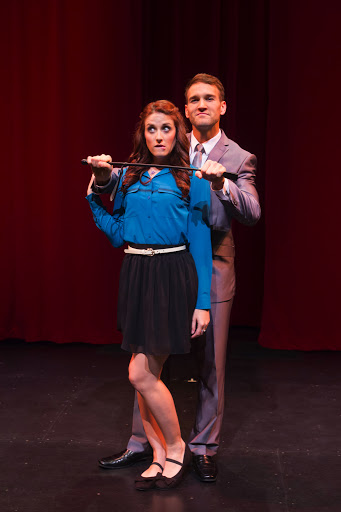 Michelle Vezilj as Tasha Woode and Drew Moerlein as Hugh Hanson in "SPANK! The Fifty Shades Parody"
Posted by Bonnie Kenaz-Mara at 10:44 AM

Email ThisBlogThis!Share to TwitterShare to FacebookShare to Pinterest
Labels: act out, Free Tickets, Royal George, Spank, The Fifty Shades Parody, Ticket Give Away