Parents' Night Out-The Well of Horniness at The Cornservatory 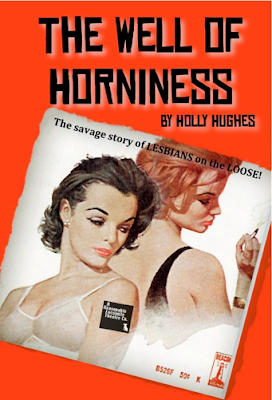 Catch it while you can!   ARFTCo's production, The Well of Horniness,
closes this weekend.    Holly Hughes’ 1983 comedy is brought to life with groping hands and campy finesse by A Reasonable Facsimile Theatre Company.


*This show is intended for Adults Only. 18 years of age and up only please.
Our motto here at ChiIL Mama is "Life doesn't end with birth."   In 11 years of being a mom I've realized that just because you create a life, that doesn't mean you can't have a life.   When you take time to get out with your significant other or a group of friends, you can come back to your little dependents energized.   So turn off the kid appropriate channel and stick the bedtime stories on the shelf this weekend and take some time to laugh.
I checked out this campy, lesbian melodrama Saturday, with an old theatre friend, her grown daughter and her male gay friend, in town from Boston.   Everyone thoroughly enjoyed it, including her librarian daughter, who was more mortified by her mom's quirky, lifelong friends than she was by the show.
The dialogue is hilarious and as smart as it is smart-ass.   I love Holly Hughes references to "those who don't wear beige" and her groan inducing puns.    I was taken back to college when I used to spend my lunch hours listening to all the old, melodramatic 1930's radio shows like War of the Worlds and The Shadow, complete with their cheezy sponsors.
I was especially amused that all the parts are played by women.    We've been writing here about the Shakespearean classics where all the parts were originally played by men.   The bard liked to mess with gender bending cross dressing where the men often played women who pretended to be men.    Saturday was talk like Shakespeare day, so turnabout is fair play.
In Holly Hughes hilarious oximoron of a radio drama on stage, the women are men and women who love women.    The night we went all the men and women in the audience, regardless of dress or sexual preferences, were laughing at this madcap adventure.   Check it out Friday or Saturday before it's too late.
Special Guest appearance on April 30 by Beth Allin!
The Well of Horniness
By Holly Hughes
The Love That Dare Not Speak Its Name Shouts "MURDER!"
A Reasonable Facsimile Theatre Company announces their production of "The Well Of Horniness" by Holly Hughes, showing Prime Time, Friday & Saturday nights at 8:00 pm, at The Cornservatory Theater, 4210 N Lincoln Ave, Chicago, Il.   Running through Saturday April 30, 2011. Tickets are $15.00 and $12.00 for Students and Seniors.
Under the table and over the top, ARFTCo presents “The Well Of Horniness" by Holly Hughes; a hilarious All Girl, All Good-Times High-Heeled Camp Radio Play! Follow the adventures of innocent, enticing Vicki as she struggles to escape the clutches of her lesbian sorority sisters, the Tri Delta Tribads! How does she become the unwitting accomplice to Murder when she meets the sensual and seductive Georgette? And what about these strange feelings and hidden desires that rage throughout her body? Tune in, turn on, and find out what dwells in.... THE WELL OF HORNINESS!
The show is directed by Samantha Garcia*, set and costumes designed by Tina Haglund*, props designed by Susan Gaspar*, stage-managed by Hazel Marie*, marketing by Steve Hickson*. The Cast includes Miquela Cruz*, Emily Friedrick, Susan Gaspar*, Liz Hoffman* Karen Shimmin* and Angela DeMarco*."
Opens April 8, 2011 and runs thru April 30, 2011, Fridays & Saturdays, at 8:00 pm at The Cornservatory Theatre, located at 4210 N Lincoln, Chicago, IL. Tickets are $15.00, $12.00 for students and seniors. Make reservations online at www.arftco.com, or call 773-418-4475. Group rates are available.
*Indicates A Reasonable Facsimile Theatre Company Ensemble Member
Check back in soon for ARFTCo's popular 5th season of The Original TV Reruns. 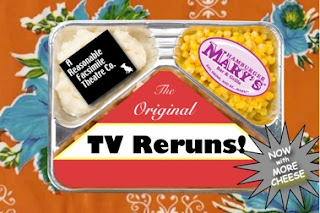 Posted by Bonnie Kenaz-Mara at 8:25 PM