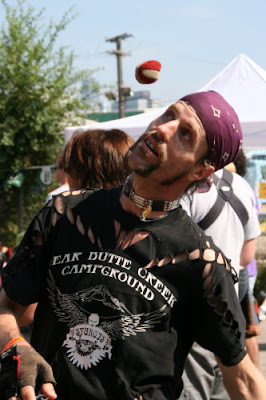 Chicago's got character......and characters. And anyone who goes to as many fests and outdoor concerts as we do, is bound to run into a good many of them.

Our favorite used to be Lee Groban, a lanky, bearded dude, always spotted in a Jewish skull cap, often wearing robes. We still have occasional Groban sightings, but the man used to show up EVERYWHERE we went.


He's in the Guiness Book of World Records for creating the longest film and longest poem ever, the 85 hour long, "Cure for Insomnia".   He carries a bag of his poetry around, which is still a work in progress. At a gallery opening in the early 90's he asked me to read his poetry, which consisted of pages and pages of "....by the beard of...." listings.

When I finally made a break for it, he handed me a torn scrap of paper, mysteriously whispering, "Here's where to reach me, since I don't know how to locate you." The paper had his name and number on it and said RETIRED BEACH COMBER.  I thought that was so amusing, I kept it to this day.

We made up a game,we played throughout the 90's.  It was loosely based on the children's book series, Where's Waldo, where kids have to find the little dude in the red and white striped shirt, hiding on each page.  Ours was called LOCATE LEE.


Our Lee Groban for the new millennium seems to be Matthew, AKA:  Shreddy Shirt Boy.   We've been running into him for the last 20 years, as well.   He makes his own shredded shirts and seems to make it to every outdoor fest and many concerts.


We saw him at Lollapalooza last year, where he wanted me to read his poetry, just like Lee had.  (I have somewhat of a freak magnet effect on people--especially poets--evidently).
His poem was more interesting than Lee's, and involved an incident at a Naked Raygun punk show, where he stage dived and nobody caught him.   He fell into the crowd and got pinned upside down.  Everyone was so densely packed in, by the stage, that it took him a long time to get his feet back to the ground to flip over!


He's gained recent internet infamy after his moves were captured on video at Lolla this year.   So, if you want to play the CHICAGO CHARACTERS version of WHERE'S WALDO, post to the comments section of this ChiIL Mama Post with which character you saw and the fest/concert/event, location, & date, along with any quirky details of your encounter.  Xtra bonus points if characters are spotted at the same event.
Locate Lee
Spot Shreddy Shirt Boy
See Sagezilla N Du-Jay


On that note, the latter three were spotted playing hacky sack at The Bloodshot BBQ last Saturday. 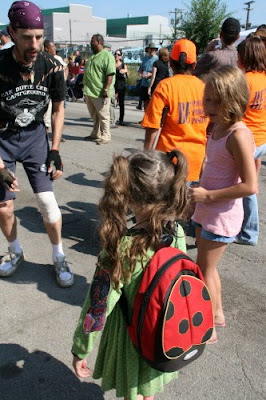 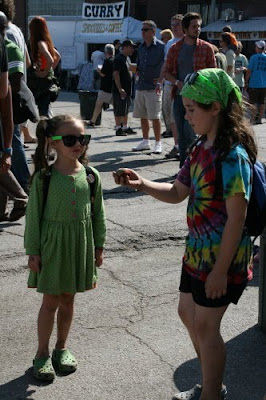 Matthew very patiently taught a rapt circle of kids his moves, then encouraged the parents to go on line and look up hacky sack tutorials. 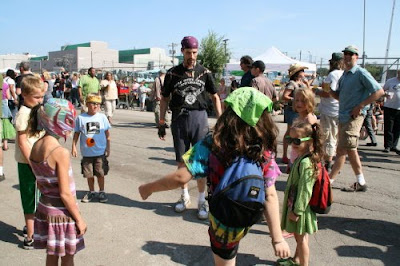 He rightly claimed the game helps the littles with coordination and socialization. 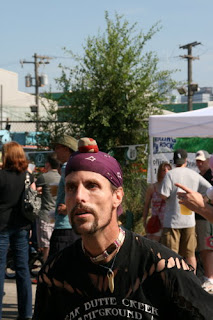 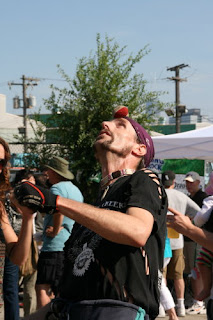 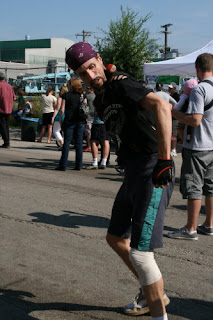 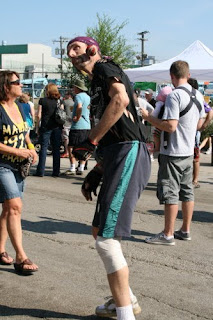 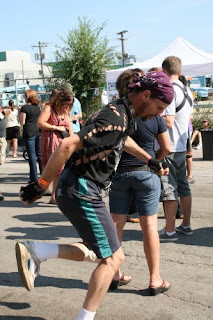 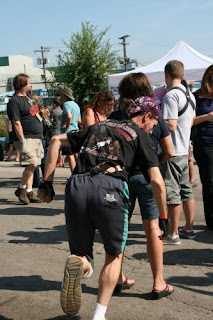