WIN 4 Tickets ($80 Value) To The Grammy-Winning Okee Dokee Brothers in Skokie 2/16 and a "Winterland" Album Download! 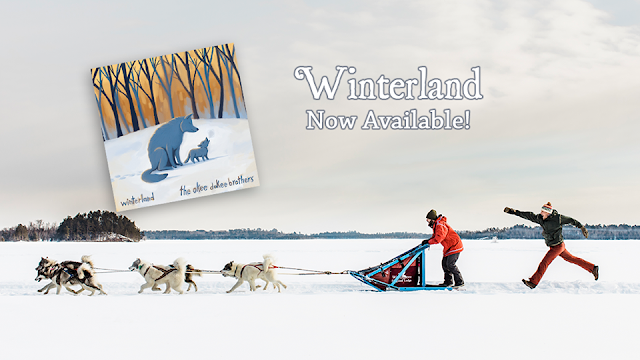 Enter Below Through Midnight February 13th
One of ChiIL Mama's lucky readers will WIN 4 Tickets ($80 Value) To The Okee Dokee Brothers in Skokie this Saturday, 2/16 (choice of 11am or 2pm) and a "Winterland" Album Download ($9.49 value)! *Non transferable. Tickets will be at the box office under the winner's name and must be picked up with a photo ID. Winner will be announced here on 2/14 and on our social media outlets. 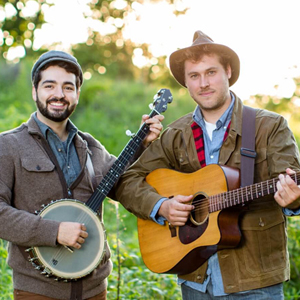 Here at ChiIL Mama, we're SO excited to partner up with The Okee Dokee Brothers, to promote their "Winterland" album and tour. They're long time favorites of ours and some of the best kindie musicians out there. They'll be ChiILin' just north of Chi, IL at the North Shore Center for the Arts in Skokie this weekend. They're a ton of fun live, so don't miss this! The Okee Dokee Brothers are doing two shows at the North Shore Center for the Arts on Feb 16.

Blast From The Past: Check out ChiIL Mama's Video Interview With THE OKEE DOKEE BROTHERS from 2012!

Justin Lansing and Joe Mailander have been exploring the outdoors together since they were kids. Now, as the Grammy-winning Okee Dokee Brothers, they write songs to encourage kids and families to get outside and get creative. Their brand-new album Winterland (2018), is a tribute to the season of coziness, family time and outdoor fun! This cold-weather project is the follow-up to their wildly popular Adventure Album trilogy which was inspired by their extended canoe trip down the Mississippi River (Can You Canoe?), their month-long trek along the Appalachian Trail (Through The Woods) and a joyous horseback adventure through the American West (Saddle Up).

As we weather the storm by looking inward, we can redefine our seasonal perspectives. In fact, with just the right outlook, winter can become our own sense of paradise, even through the warm months. Join The Okee Dokee Brothers as they welcome you to experience a refreshing, wide-eyed view of the most exciting time of year with their music from Winterland.

In a world where people are all too often pursuing their own individual journeys, Winterland humbly reminds us that we are all human beings living within the uncontrollable motions of Mother Nature. Embracing the cycles of loss and new life, darkness and light, bitter cold and warmth, Winterland reflects that winter is not only a season, but a feeling we carry within.

With songs written under wide-open skies and harmonies fine-tuned around the campfire, the natural world is at the heart of their Americana folk music. The Okee Dokee Brothers make room for kids to dance, for parents to share stories, and for everyone to gain respect for nature, each other, and the world we live in.


“[The Okee Dokee Brothers] remind us of the American belief that we’re bound for better weather. Their album [Can You Canoe?] celebrates everyday explorers, young and old, who rediscover that notion daily.”
—All Things Considered, NPR

“The lyrics are playful, engaging and subtly filled with life lessons. These are songs that encourage kids to find happiness with fewer material possessions and embrace adventure even in trying situations.”
—Chicago Tribune

“Want to get away from the city? Check out these tunes.”
—The Washington Post 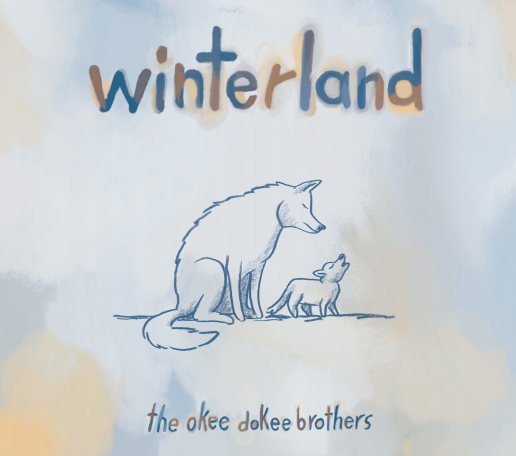 Enter HERE Through Midnight February 13th
One of ChiIL Mama's lucky readers will WIN 4 Tickets ($80 Value) To The Okee Dokee Brothers in Skokie Saturday 2/16 (choice of 11am or 2pm) and a "Winterland" Album Download ($9.49 value)! *Non transferable. Tickets will be at the box offic under the winner's name and must be picked up with a photo ID. Winner will be announced here on 2/14 and on our social media outlets.