As of January 2019, COT is a multimillion-dollar opera company led exclusively by women! 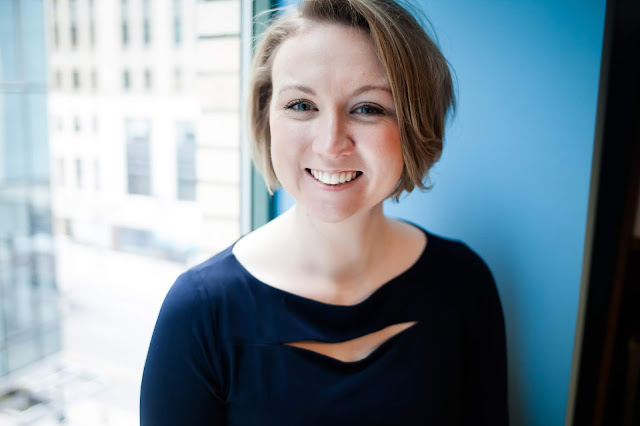 COT is now one of few multimillion-dollar opera companies led by women at both the board and executive level.

In late January, Chicago Opera Theater’s (COT) Board of Directors announced the promotion of Ashley Magnus to the role of Stefan Edlis and Gael Neeson General Director. Previously the company’s General Manager of Strategy and Development, Magnus will join Orli and Bill Staley Music Director Lidiya Yankovskaya at the helm, making COT one of few multimillion-dollar opera companies led by women at both the board and executive level.

“In her time as General Manager, Ashley executed a successful multimillion dollar capital campaign, tripled recorded planned gifts and grew core annual fundraising by 28%,” stated Chicago Opera Theater Board President Susan Irion. “She has been an instrumental part of the COT leadership team and played a vital role in the development of the company’s long-term strategic goals. Her work in the industry and at COT positions her perfectly to achieve long-term success as COT’s Edlis Neeson General Director.”

Magnus began her career at Utah Symphony | Utah Opera as Production Coordinator for the opera department, and continued on to hold several leadership positions in events and development, including the role Director of Corporate Partnerships. She went on to earn an M.B.A. from the University of Utah, and specializes in business strategy, project management and the building of constructive community, individual and institutional partnerships. In 2013, she was selected to participate in Opera America’s Leadership Intensive. At Chicago Opera Theater, Magnus has managed all fundraising activities since 2015 and drives the strategy and implementation of the company’s long-term goals.

Magnus succeeds previous General Director Douglas R. Clayton. Clayton stated, “Having accomplished many goals since I joined Chicago Opera Theater in 2015, I’ve decided to step down to pursue other opportunities. I am excited to leave the company in Ashley’s and Lidiya’s capable hands and look forward to applauding the continued success and accomplishments of COT in the future.”

Magnus added, “Doug has been a huge asset in strategic planning and in setting the stage for a smooth transition. I'm thrilled to take the reins of Chicago Opera Theater in this exciting moment for the organization. Now, more than ever, COT represents the future of opera. We are dedicated to featuring local artists, to performing the work of living composers and to advancing opera as an art form that is forward-thinking, vibrant and very much alive.”

About Chicago Opera Theater
Chicago Opera Theater (COT) is a nationally recognized opera company based in Chicago, now in its 45th season. COT expands the tradition of opera as a living art form, with an emphasis on Chicago premieres, including new contemporary operas for a 21st century audience.

COT is led by Stefan Edlis and Gael Neeson General Director Ashley Magnus and Orli and Bill Staley Music Director Lidiya Yankovskaya. As of January 2019, COT is a multimillion-dollar opera company led exclusively by women. Maestro Yankovskaya is the only woman with the title Music Director at any of the top 50 opera companies in the United States. COT currently performs at the Studebaker Theater (Michigan & Congress) and the Harris Theater for Music & Dance (Michigan & Randolph).

Posted by Bonnie Kenaz-Mara at 7:18 AM

Email ThisBlogThis!Share to TwitterShare to FacebookShare to Pinterest
Labels: ASHLEY MAGNUS, Chicago, Chicago Opera Theater, COT, exclusively by women, led by women at both the board and executive level, Lidiya Yankovskaya, opera