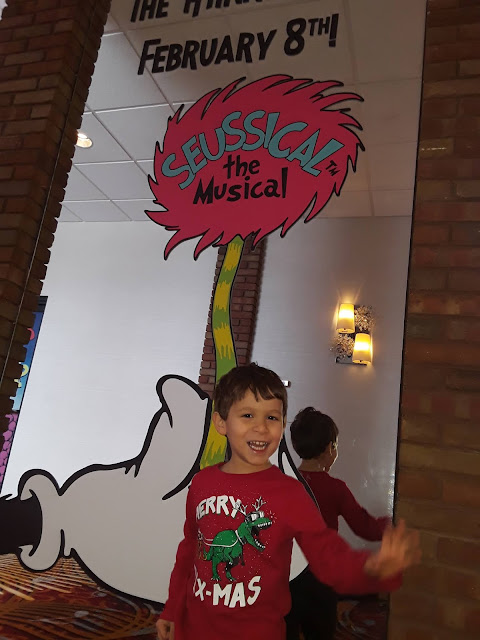 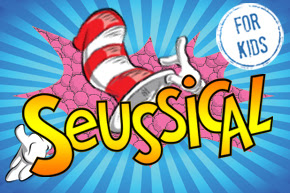 Oh, the Thinks you can think... when you think about Seuss!

Enter below for your chance to win 4 Tickets
($73 Value)

You’ll enjoy Seussical the Musical, but I recommend you do some curating for your young theatre companions if you want them to enjoy it too.

Let’s start with what’s awesome about this show. Billed as a mashup of a few Seuss classics, Horton Hears a Who with a side of Horton Hatches the Egg form the backbone of the story.

The production, from Tony-award-winning creators Lynn Ahrens and Stephen Flaherty, was a fun romp through the fantastical. This production, directed and choreographed by William Carlos with musical direction by Patti Garwood felt extravagant. The experience was made rich with gorgeous songs and choreography performed by a talented, committed cast. In contrast, set and costumes were thoughtfully minimalist. For example, Horton’s “elephant-ness” was hinted at with his gray overalls and earflap hat, along with some cool staging that, at one point, had nearly the whole cast acting as his “trunk” and the only thing overtly cat-like about the Cat in the Hat was his tail. The trio of Wickersham brothers used vocalizations and movement to indicate their species: monkey.

Evan Tyrone Martin has a beautiful voice and brings Horton’s loyal steadfastness into vivid relief. Scott McDermott as JoJo, misunderstood child and thinker of thinks, perfectly embodies the courage of a young black sheep with a powerful singing voice. The entire ensemble was delightful, and Nicole Kyoung Mi Lambert deserves special recognition for being the sauciest, sourest of kangaroos. Her righteous indignation and impressive blues chops resulted in a performance reminiscent of Mabel King’s Wicked Witch of the West.

All that said, I wish I’d known more about the production before bringing my four-year-old. His Seuss favorites (Fox in Sox, Mr. Brown, Wocket in My Pocket) didn’t happen to be among the works incorporated. Because so much of what happened relied on young audience members having knowledge of the books being covered and/or the ability to extrapolate that three grown men hopping about stage might be monkeys or that the happenings of Planet Who are all coming from an artfully illuminated speck of dust, my son was lost and started asking to leave about midway through.

To be clear, I’m glad I brought him to the show. It’s great for children to learn that art doesn’t have to be literal and to begin thinking in broader terms about storytelling. But his experience would have been better had we boned up on the Horton books beforehand.

Bottom line: I enjoyed myself, and my son had new ingredients to throw into the mixing pot of his own development. Certainly, audiences of all ages will relate to themes of loyalty, imagination and chosen family. 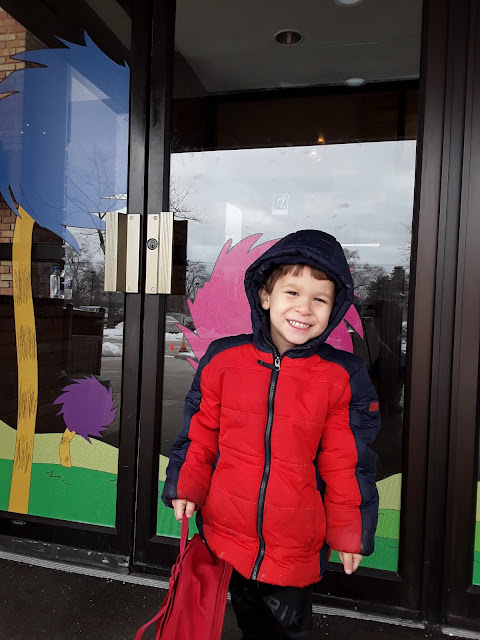 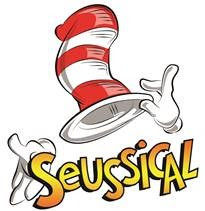 The fantastical, magical musical smash hit Seussical comes to life at Marriott Theatre for Young Audiences, 10 Marriott Drive in Lincolnshire, running February 8 through March 31, 2019 with a press opening on Saturday, February 16 at 10:00 a.m. Created by Lynn Ahrens and Stephen Flaherty (the Tony Award-winning team behind the acclaimed musicals Ragtime and Once on this Island), the whimsical production is based on more than 14 beloved stories by children’s author Dr. Seuss. Seussical is directed and choreographed by William Carlos Angulo, with musical direction by Patti Garwood.

“This production of Seussical certainly will not look like any production Chicago has seen before,” says director William Carlos Angulo. “In many instances, this adaptation restores a bit of magic in the way people see the world. We cannot wait to share this transformative experience with parents, children, and the theatre community.”

A pop musical for all ages, Seussical is an enchanting celebration of friendship, compassion, bravery, and the power of imagination. The show features elements from Dr. Seuss classics including The Cat in the Hat, Horton Hears a Who, Horton Sits on the Egg, Yertle the Turtle and Other Stories, McElligot's Pool, and Oh, The Places You'll Go!

Join the mischievous Cat in the Hat as he narrates the story of Horton the Elephant and his friends as they embark on a fanciful journey from the Jungle of Nool, through the mountains, and across the ocean, to help a young thinker named Jojo bring harmony back to the tiny planet of Who. Along the way, meet zany Dr. Seuss characters including the tiny Whos, sour kangaroos, harmonizing birds, and trouble-making monkeys!


Seussical runs on most Wednesdays through Sundays at 10 a.m. with certain performances at 12:30 p.m. Visit MarriottTheatre.com or call 847.634.0200 for exact schedule, as show times and dates may vary. Single ticket prices are $18.23 per person. Groups of 20 or more receive a discount by calling 847.634.5909. Free parking is available at all shows. To reserve tickets, call the Marriott Theatre Box Office at 847.634.0200 or visit www.MarriottTheatre.com.

*Please note: Children under the age of 2 who sit on an adult's lap during a Theatre for Young Audiences performance will not need their own ticket.

*As a courtesy to our patrons, we do not allow children under age six, including infants, to be admitted to our Main Stage Productions. Thank you. 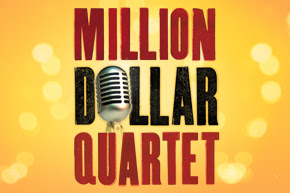 Enter here for your chance to win 4 Tickets
($73 Value)
Enter through midnight 2/24/19. Winner will be announced here and on our social media outlets. Tickets are good for the winners choice of show times/dates throughout the run of Seussical The Musical at Marriott.

Disclosure: It's our pleasure at ChiIL Mama to partner up with Marriott Theatre once again. They have provided tickets for our giveaway and for review purposes. As always, all opinions are our own.