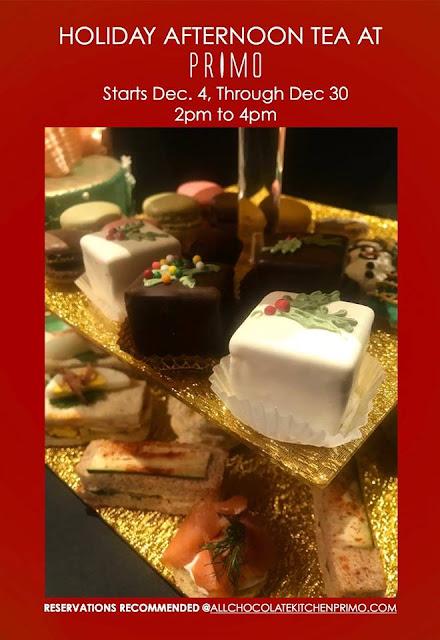 Geneva’s popular All Chocolate Kitchen Primo, 29 S. Third Street, is thrilled to announce an Afternoon Holiday Tea throughout the month of December. Beginning December 4th and running through December 30th, friends and family are invited to indulge with three-time Guinness World Record-holder Chef Alain Roby’s award-winning sweets, as well as savories and gourmet teas.  Afternoon tea will be held daily between 2 p.m. until 4 p.m. and reservations are highly recommended. 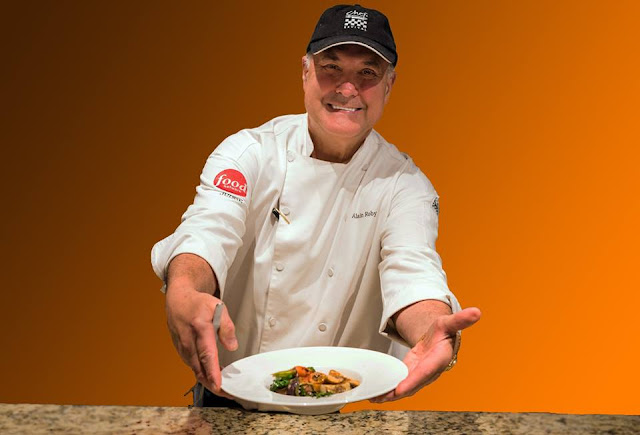 The menu is highlighted with what Chef Alain Roby is known best for, sweets!  Items include chocolate dipped banana bread, orange marmalade scones, cocoa truffles, as well as smaller items such as macaroons, Christmas cookies, fruit tartlets and petit fours. Also on the menu will be traditional tea sandwiches such as cucumber & mint, smoked salmon & dill, ham, egg & cheese, and a cheddar thyme biscuit.

The sweet and savory menu will be paired with a variety of gourmet teas like Earl Grey, Chamomile Citrus, Jasmine, Darjeeling (the champagne of black teas), Wild Encounter a caffeine free option featuring red berries and tropical fruit, and South Indian tea a traditional black tea. A variety of sparkling wine and champagnes are also available for purchase. 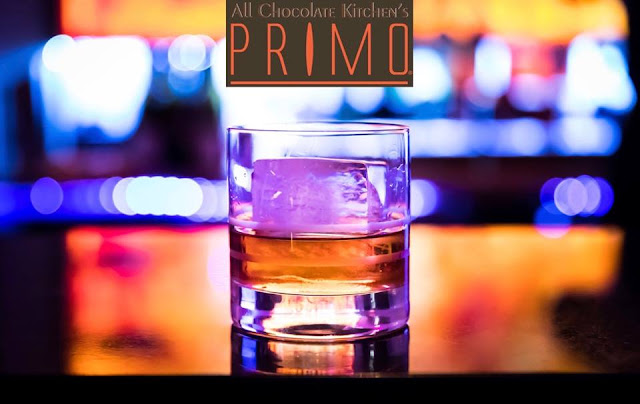 Guests from all over the world have flocked to the All Chocolate Kitchen and PRIMO to see Chef Roby in action, as his guest spots on the Food Network and The Martha Stewart Show and various other television appearances have garnered Roby and his restaurant much well-deserved (and delicious) attention.

A Certified Master Chef of Pastry and Sugar Artistry and Hall of Fame member in both Pastry Art & Design and Chocolatier magazines, A.C.K.’s Chef Roby is internationally known for his talent in creating sugar and chocolate masterpieces. Chef Roby studied and learned his culinary art in Paris from the world famous Pastry Chef Lenotre.  He is the only pastry chef in the world to hold three Guinness World Records: “World's Tallest Cooked Sugar Building”, “World's Tallest Chocolate Sculpture”, and “World’s Longest Candy Cane”. Chef Roby’s work has been featured in numerous print and television media from Food & Wine magazine to Unwrapped with Marc Summers.  He has served as a celebrity chef during the Celebrity Chef Tour in Chicago and has been the head pastry chef at the NFL Commissioner's Super Bowl Party for the past 19 years. Chef Roby was named 2013’s Pastry Chef of the Year by Chicago Culinary Museum and Chefs Hall of Fame and recently created the towering wedding cake for the nuptials of celebrities Jenny McCarthy and Donnie Wahlberg.  Before opening A.C.K., Chef Roby worked as the Corporate Executive Pastry Chef for a major hotel corporation for 24 years. He is the author of the cookbook, “Alain Roby’s American Classics: Casual and Elegant Desserts,” an editor’s top ten pick by the Food Channel.

PRIMO is located at 29 South Third Street in beautiful downtown Geneva, Illinois.  Hours are Wednesday and Thursday from 5 p.m. until 9 p.m.; Friday and Saturday from 5 p.m. until 10 p.m.  For more information, visit www.AllChocolateKitchenPrimo.com or call 630.232.2280. 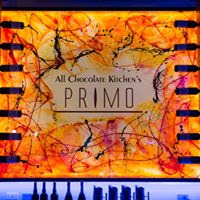