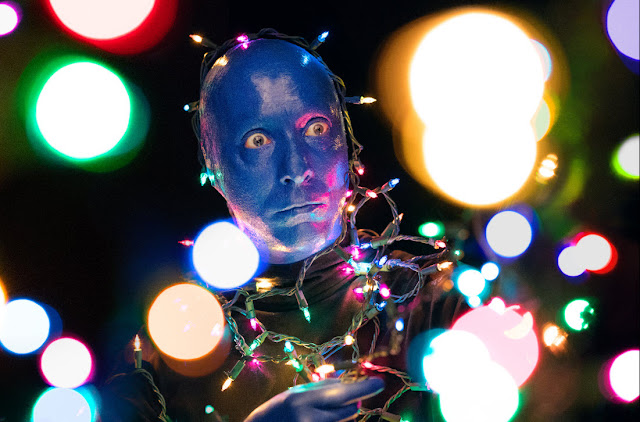 Here at ChiIL Mama & ChiIL Live Shows we adore Blue Man Group so much we're even quoted on their entryway! 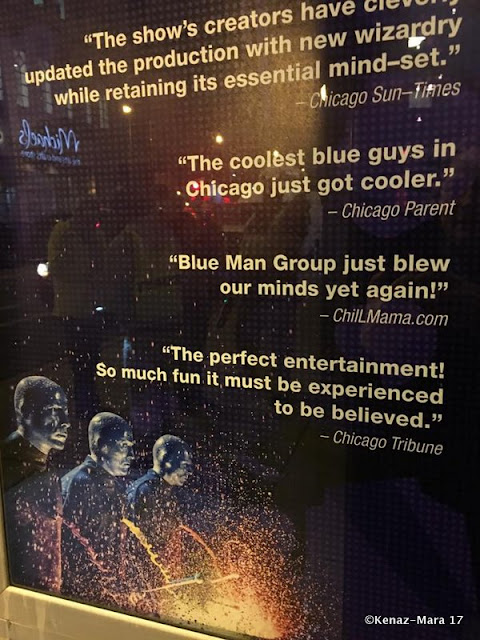 We have seen them numerous times over the past 20 years, most recently for their 20th birthday party in October! My friend D'Arcy had never seen them so I brought her and she loved the show too. 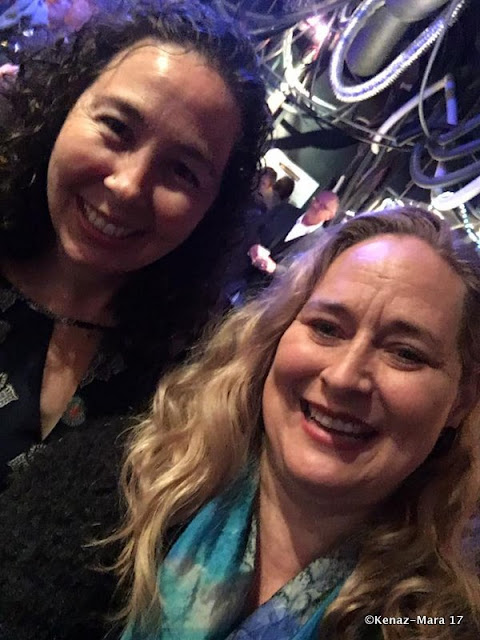 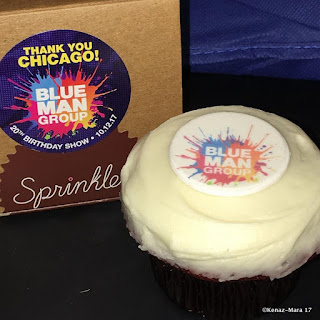 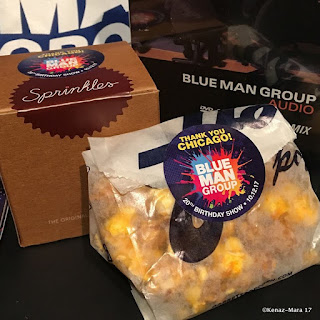 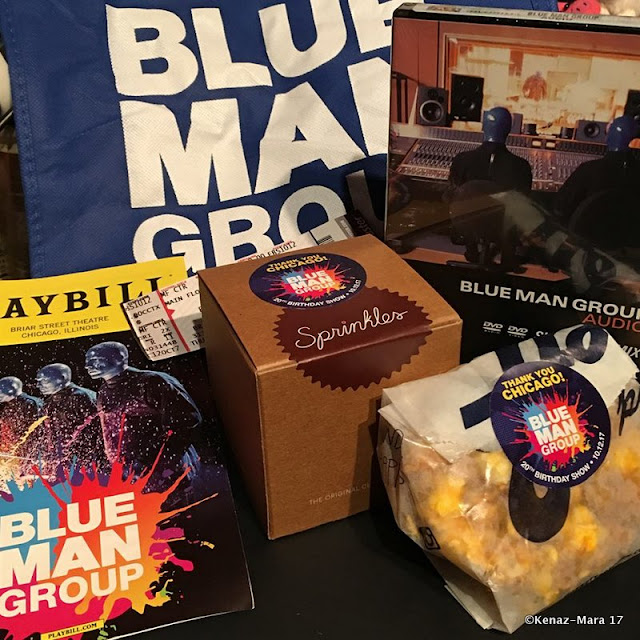 Blue Man Group, celebrating 20 years in Chicago, will make the holiday season extra bright with an expanded holiday performance schedule at the Briar Street Theatre (3133 N. Halsted). The added performances will include some fun holiday-themed surprises and provide Chicago residents and visitors with more opportunities to experience some not so silent nights throughout the season.

Blue Man Group will celebrate the New Year with four performances Saturday, December 31. Families can kick off their New Year’s Eve celebrations early with Blue Man Group’s kid-friendly performances at 1 p.m. and 4 p.m. Children will be transformed into members of the Blue Man Group band with pre-show face painting. Other festivities include a “midnight” countdown after the show, complete with party hats and noisemakers, and a special performance of “Auld Lang Syne” by the Blue Men.

Blue Man Group will continue ringing in 2018 with additional New Year’s Eve shows at 7 p.m. and 10 p.m., which include festive party hats and a celebratory champagne toast for attendees. Guests of the 10 p.m. show will also experience a spectacular New Year’s Eve countdown party. Complete with noisemakers, a midnight champagne toast, confetti drop and performance of “Auld Lang Syne” by the Blue Men, it is guaranteed to be a celebration unlike any other.

You'll be entertained before you even enter the show, in the interactive lobby. Chat with a stranger or friend across the room via tube and check out the art contest winners' works. 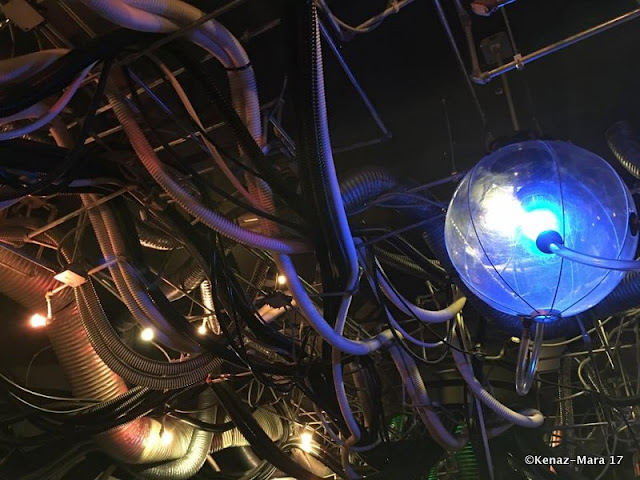 Even their bathrooms have creative signage and songs! 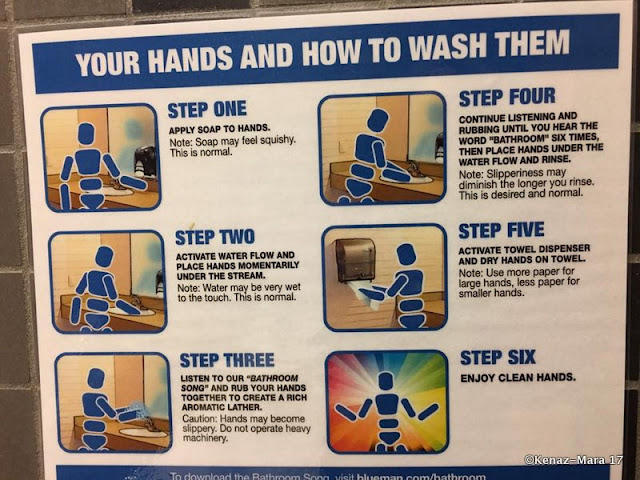 Blue Man Group Ticket Information
Tickets are available from $39-$99. Tickets may be purchased at the Briar Street Theatre by calling the box office at (773) 348-4000; by calling Ticketmaster at (800) 982-2787; at all Ticketmaster ticket centers or via the Internet at http://www.ticketmaster.com/bluemangroup. For a full show schedule and ticket pricing, please visit www.blueman.com/chicago.

Additional January performance dates will be announced at a later date.

This creative collective has become part of the pop culture zeitgeist. Blue Man Group has served as the face of branding campaigns for Intel and TIM/Brasil and appeared countless times on hit shows like “The Tonight Show,” “Arrested Development,” “Ellen,” “Schlag den Raab” (Germany), “WOWOW” (Japan), and “Caldeirão do Huck” (Brasil).

Posted by Bonnie Kenaz-Mara at 7:07 AM