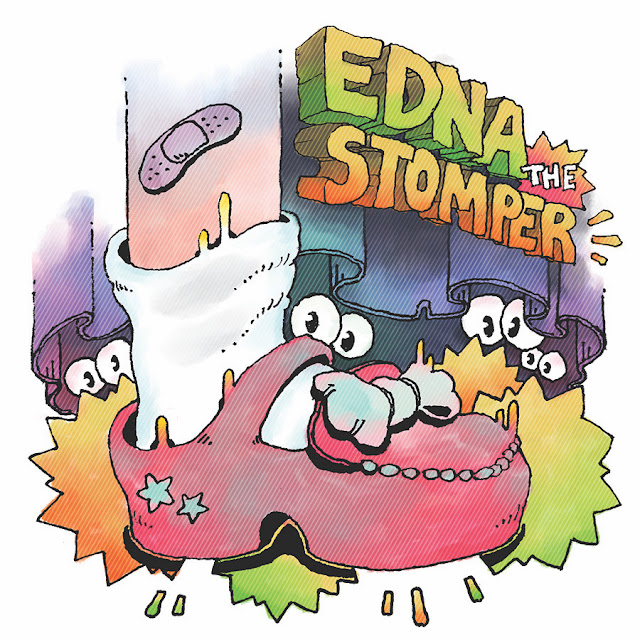 Rebel Playhouse is thrilled to present the world premiere of the musical EDNA THE STOMPER, with a book by Laura Toffenetti, and music by Janet Jungden. Directed and choreographed by Sarah Sutliff, with musical direction by Christina Bottley, EDNA THE STOMPER begins performances on Saturday, September 2nd as a part of the Chicago Fringe Festival’s Kid’s Fringe.

Rebel Playhouse’s production gets audiences moving and grooving along with Edna as she sets off to find out just what makes her unique.

In EDNA THE STOMPER, seven year old Edna stomps everywhere and stomps a lot. It is driving her very talented family crazy! EDNA THE STOMPER is a musical for all ages complete with songs, stomps, and some punny monster puppets! This heartfelt tale deals with the issues of self worth, creative expression, and finding one’s place in the family. (Recommended for ages 4 and up.) 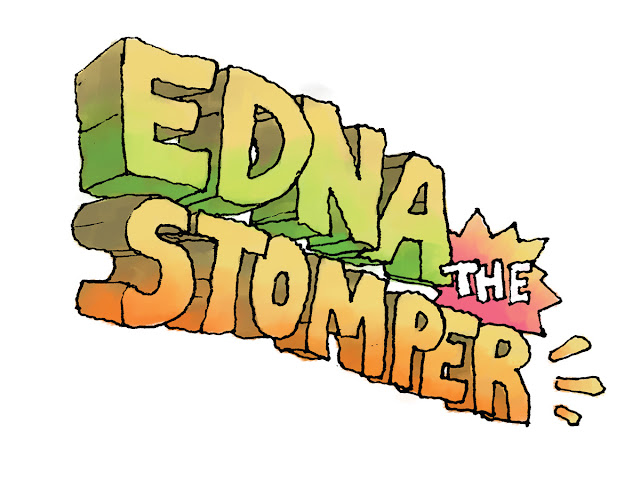 Sarah Sutliff (director/choreographer) is a director, choreographer, and performer. She has directed and choreographed over a dozen Jr. and full-length productions with Saratoga Children’s Theatre, the Shenendehowa Summer Adventure theater program, and the Galli Theater NY among others. Sarah is a resident performer with How We GLOW, a play exploring gender identities of LGBTQ+ teenagers in NYC. She co-founded Rebel Playhouse in 2016 and is proud to serve as artistic director. The last production she directed/choreographed with Rebel Playhouse, Old Turtle and the Broken Truth, was nominated for Outstanding Choreography and Outstanding Musical at the 2017 New York Innovative Theatre Awards.

Janet Jungden (composer) composer, began her musical career at the age of 9 by learning to play the accordion. During high school she added flute and keyboards.  After graduating from the University of Connecticut with high honors in education, she went on to study jazz at the University of Bridgeport. For over 35 years Jan has performed throughout the northeast with various groups playing jazz, rhythm and blues, and rock ‘n roll. She currently heads the jazz group, the Jan Jungden Trio and has released a jazz CD of primarily original music, Smooth Ride. She was a quarter finalist in the American Songwriters Festival. For ten years she was musical director for shows at the Mansfield Middle School in Connecticut. This is where she met and began collaborating with Laura Toffenetti on her original musical, Tailor!, and later Edna the Stomper and Transylvania Bed and Breakfast, Miami.

Laura Toffenetti (playwright) is a playwright, book writer and lyricist. In 1985 she collaborated with five women creating the play Going to see the Elephant, published by Dramatists. It won best play for that year by Drama Logue, LA Reader, and the International PEN award. It was also nominated for LA Drama Critic’s Circle Award and was listed in LA TIMES Best Bets for the entire year. Without a Parachute was produced by Pasta Fazule Players, 2009, Des Plaines, IL, and was chosen for South Camden Reading Festival 2013. Other plays include Blue Heron, 1945 (semi-finalist Greenhouse Project, Strange Sun, NYC) and Sinkhole (semi-finalist Route 66, Chicago). She has three teenage one acts published by Heure. She has also written the book and lyrics for Tailor!, Edna the Stomper, and Transylvania Bed and Breakfast, Miami with her collaborator Jan Jungden.

Rebel Playhouse (producing company) is a 501(c)(3) non-profit, educational theater company based out of Brooklyn, New York. Founded in the fall of 2016 by Executive Director Clara Kundin, Artistic Director Sarah Sutliff, and Educational Director Greer Samuels, the Rebel Playhouse is a children's theater company committed to empowering, educating, and entertaining NYC audiences. The Rebel Playhouse produces works for children and families based on stories that break traditions and challenge normative thinking, and offers classes designed to foster creative development. In May 2017, Rebel Playhouse presented their inaugural production Old Turtle and the Broken Truth in NYC to critical acclaim, and the production will be enjoying an encore run in Troy, NY this September.
Posted by Bonnie Kenaz-Mara at 2:32 PM