This free summer series is a family favorite of ours! We've gone every year. It was also my great pleasure to catch this Chicago Shakespeare production in particular with my teens and we highly recommend it. For fans of doomed love, teen angst, timeless classics and rockin' sword fights, this one's for you. Pack a picnic, bring your lawn chairs, friends, family, and neighbors, and come bask in the genius of the bard's words for free!


Made possible by production sponsor BMO Harris Bank, 25 performances of Shakespeare’s timeless classic Romeo and Juliet, adapted and directed by Marti Lyons, tour to 18 neighborhood parks across the Chicago, now through August 27, 2017. 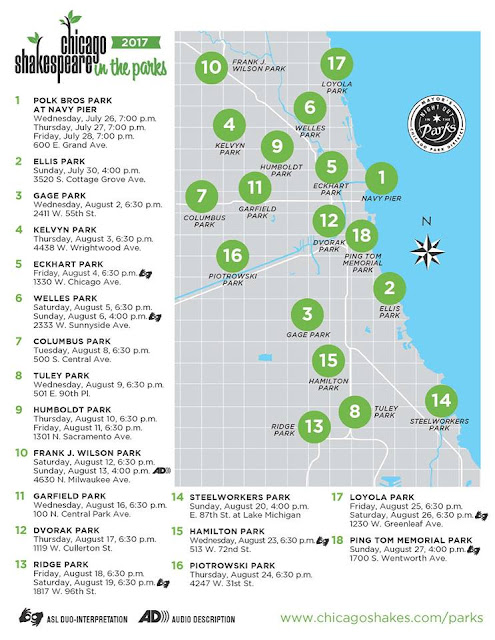 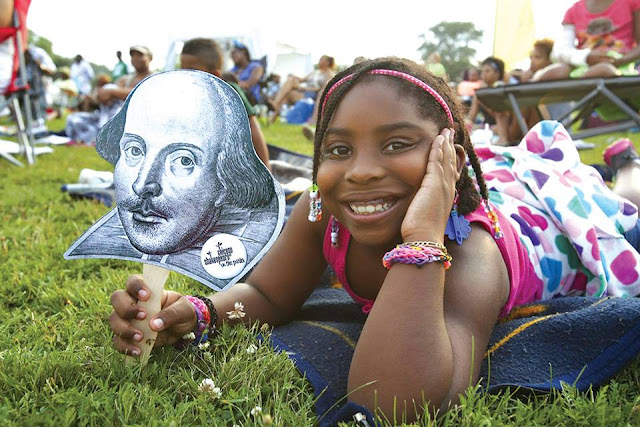 Join us for one of our city’s favorite summer traditions! Now in its sixth year, the FREE FOR ALL Chicago Shakespeare in the Parks tour heads out for another summer. This free 75-minute abridged production of Romeo and Juliet is coming to neighborhood parks across the north, west and south sides of the city. At each tour location, a specially equipped truck rolls into the park, a stage unfolds, and a company of professional actors shares Shakespeare’s story of star-crossed lovers with families and neighbors of all ages.

The feud between the Capulets and Montagues divides a city. From these two proud families, Romeo and Juliet fall in love. Can these star-crossed lovers bring peace to Verona? 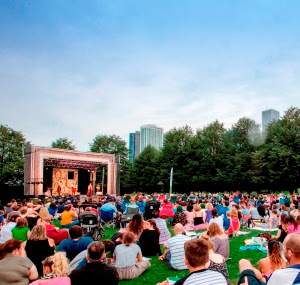 Chicago Shakespeare in the Parks tours Shakespeare’s timeless classic Romeo and Juliet, adapted and directed by Marti Lyons, FREE FOR ALL to 18 neighborhood parks across the city, July 26–August 27, 2017. Photo by Chuck Osgood.


The citywide tour is made possible by a renewed civic, cultural and corporate partnership between Chicago Shakespeare Theater, the City of Chicago, Chicago Park District, Boeing and BMO Harris Bank. Since the inception of the Chicago Shakespeare in the Parks program six years ago, more than 100,000 Chicagoans have taken advantage of free performances in their communities.

Posted by Bonnie Kenaz-Mara at 7:29 PM