ChiIL Mama's beyond excited to be giving away THIRTY pairs of passes to Disney's Newsies In Cinemas throughout Chicago and the suburbs to our readers and one grand prize Newsies Prize Pack! It's our great pleasure to partner up with Fathom Events, Allied Integrated Marketing and Disney's Newsies to bring you this great giveaway. They have provided us with grand prize goodies and tickets with date and location options throughout Chicago and the suburbs. Enter below for your chance to win and spread the word! Seize the day one last time.

Here at ChiIL Mama we've had NEWSIES on the brain. My 15 year old son is currently rehearsing one of the songs for his upcoming choir concert. We've long adored the show, and had the great pleasure of reviewing the Broadway touring production of NEWSIES when they came through Chicago last summer. Now even more people will be able to catch this fantastic musical affordably, on the big screen, for a limited 3 day run, and 30 of our readers will be winning free pairs of tickets. Don't miss this!

Straight from the Broadway stage, Fathom Events and Disney Theatrical Productions are thrilled to bring the Tony Award®-winning musical NEWSIES to cinemas nationwide in an exclusive three-day event on February 16, 18 and 22! Filmed live on stage at the Pantages Theatre in Hollywood, CA, this not-to-be-missed high energy show stars the Original Broadway cast members in the rousing story of Jack Kelly, a charismatic newsboy and leader of a ragged band of teenaged ‘newsies,’ who dreams only of a better life far from the hardship of the streets in turn-of-the-century New York City.

Filmed live on stage at the Pantages Theatre in Hollywood, CA, this not-to-be-missed high energy show stars Original Broadway cast members Jeremy Jordan as “Jack Kelly,” Kara Lindsay as “Katherine,” Ben Fankhauser as “Davey” and Andrew Keenan-Bolger as “Crutchie”. They’re joined by North American Tour stars Steve Blanchard as “Joseph Pulitzer,” and Aisha de Haas as “Medda Larkin,” and Ethan Steiner as “Les” along with members of both the Broadway and North American Tour ensembles, filling the stage with more “newsies” and more dancing than ever before. 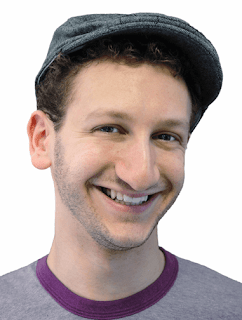 Newsboy Cap
Newsboy cap with the show logo embroidered on the back. Elastic back expands, one size fits most. 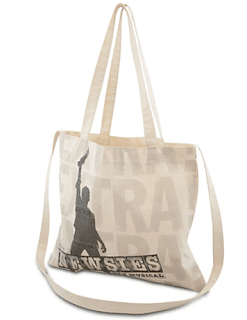 Logo Tote Bag
This souvenir bag is perfect for toting your daily papers and features quotes from the play including "Seize the Day" and "The World Will Know." Measures 16 by 14 inches. 100% cotton. 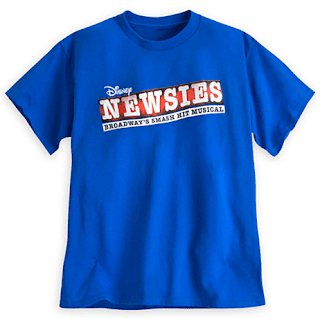 CD Sampler
Selections from the Original Broadway Cast Recording including: “Carrying The Banner”, “Seize The Day”, “Santa Fe”, “King of New York” and “Something To Believe In” 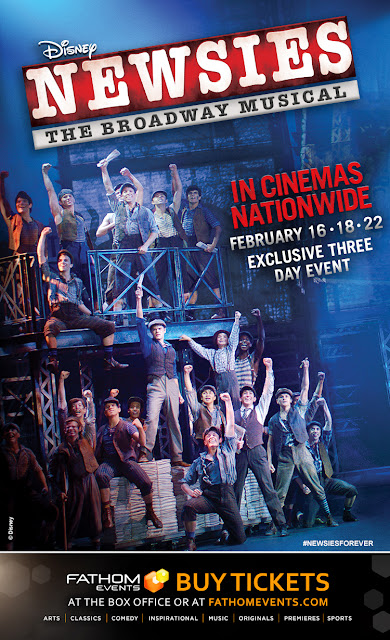 Get Social:
Follow along on the latest NEWSIES news and tag your own fan shots.

ENTER HERE for your chance to win
a pair of passes to see...


One grand prize winner will receive 2 tickets AND a Newsies Prize Pack!

Enter through February 15th at 5pm central time. Winners will be notified via e-mail.

Set in New York City at the turn of the century, Newsies is the rousing tale of Jack Kelly, a charismatic newsboy and leader of a ragged band of teenaged ‘newsies,’ who dreams only of a better life far from the hardship of the streets. But when publishing titans Joseph Pulitzer and William Randolph Hearst raise distribution prices at the newsboys’ expense, Jack finds a cause to fight for and rallies newsies from across the city to strike for what’s right.

Posted by Bonnie Kenaz-Mara at 1:15 PM