Here at ChiIL Mama and ChiIL Live Shows we love to see mothers pushing the boundaries of what's socially acceptable and expected and making a huge success of it. There's an unlikely viral star on the decidedly young, male, grindcore scene, a 67 year old Canadian mom! Check out her vocals. She's not just a gimmick, she's good. 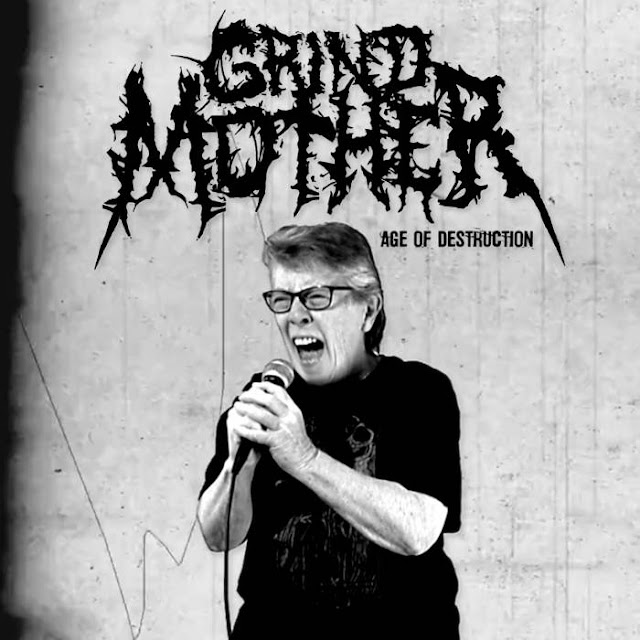 Never has a mother screaming at her son been so sweet.
-Refinery

All hail the Grindmother!
-Nerdist

An unlikely grindcore star, thanks to her impressively ferocious vocals!
-Daily Mail

One of the coolest 67-year-olds you’ll ever come across!
-Alt Press

GRINDMOTHER is a 67 year-old grindcore vocalist!  She got her start in early 2015, when an adorable, yet hilariously bad-ass video where she records guest vocals for her son's band, Corrupt Leaders, went viral. Later that year, Grindmother released a video for her very own solo track "Any Cost", which features music by her son Rain Forest.  The video again went viral, and celebrities Ozzy Osbourne and Eric Andre posted the video on social media. Most recently, a video about her posted by New York Post reached 2.5 million views in less than one week.

In Feb 2016 Grindmother announced her debut album, "Age of Destruction", which is due April 28, and a brand new video for the album's title track has been released.
Posted by Bonnie Kenaz-Mara at 12:48 PM