OPENING: The Diary of Anne Frank at Writers Theatre 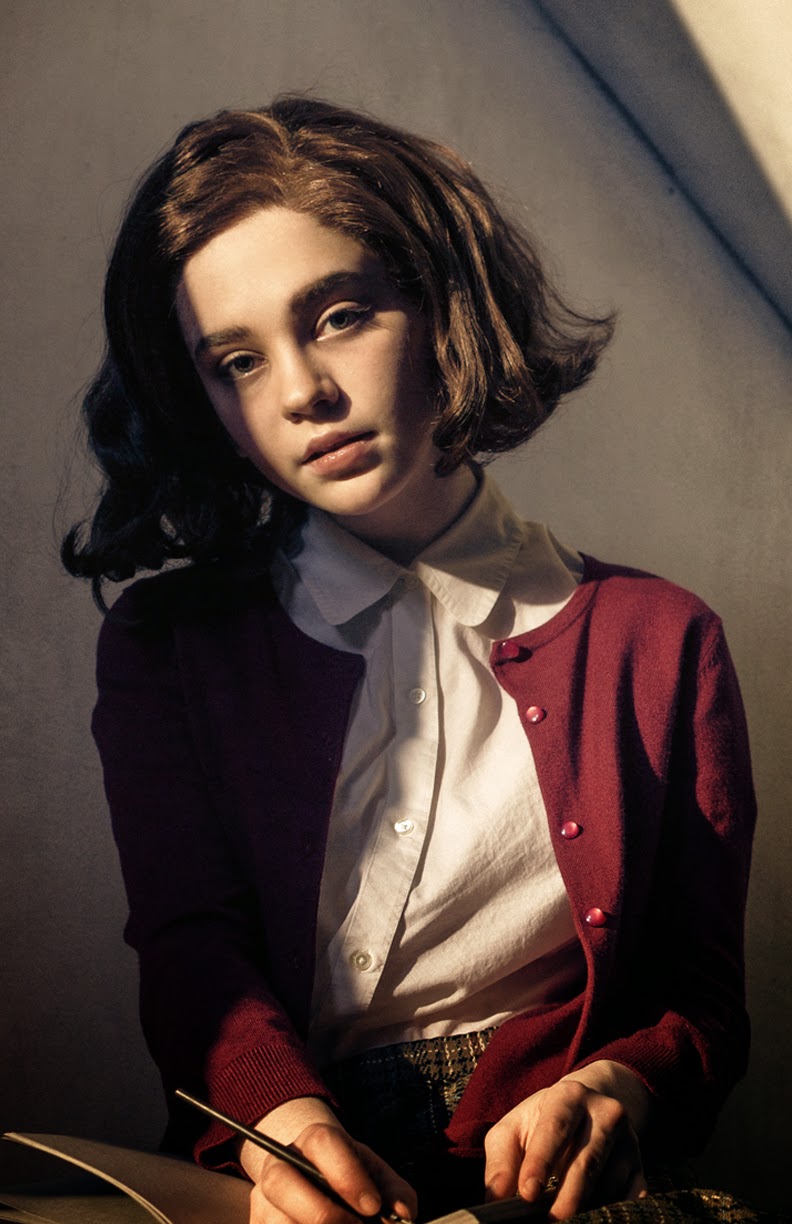 This vital piece of historical storytelling, through a young girl's eyes, has become more than required reading for generations. It's become a poignant, powerful first person account of World War 2 that has moved and influenced countless numbers of readers. We can't wait to see it come to life on stage under Senior's creative and capable direction in the tiny but mighty theatre space in the back room of Books on Vernon. It's sure to be all the more moving because of the intimate space. For the same reason, shows here frequently sell out quickly. Be sure to purchase tickets early for the best prices and seat/date selection.

*Director Kimberly Senior recently made her Broadway debut with Disgraced by Ayad Akhtar.*

Writers Theatre is again partnering with North Shore Libraries for its annual From Page to Stage program.  In addition, WT has joined forces with the United States Holocaust Memorial Museum in Washington, D.C. and The Illinois Holocaust Museum & Education Center in Skokie.  A comprehensive list of events can be found at www.writerstheatre.org/from-page-to-stage.
Writers Theatre presents The Diary of Anne Frank by Frances Goodrich and Albert Hackett, adapted by Wendy Kesselman and directed by Kimberly Senior. The show runs February 24 – June 28, 2015 at Books on Vernon, 664 Vernon Avenue, Glencoe.

Thirteen actors share the intimate Writers Theatre bookstore space in this powerful and authentic portrait of a young girl clinging to hope in a time of tragedy.

*The collection of 13 actors represents the largest cast ever to perform together on any Writers Theatre stage.  In the 60-seat bookstore space, they will equal nearly a quarter of the audience.*

As vital today as when it was first written, Anne Frank’s extraordinary diary has become an essential part of how we remember one of the darkest periods of human history. Filled with its young author’s luminous spirit – her “boundless desire for all that is beautiful and good” – the diary also illuminates the coming of age of a complex, passionate young girl as she falls in love, grows into a woman and struggles to survive with her family amid the chaos of war and religious persecution.

*For the Writers Theatre production, Anne Frank will be played by an actress very close to Anne’s age at the time of the play, 14-year-old Sophie Thatcher.*

Directed by Kimberly Senior, the Writers Theatre production will provide a visceral insight into the realities of life in the “secret annex,” in which the tight quarters and forced intimacy serve as an ever-present reminder of the danger just outside--allowing audiences to come to know Anne and her family in a new and strikingly honest way.
Curtain times are Tuesdays and Wednesdays at 7:30pm; Thursdays and Fridays at 8:00pm; Saturdays at 4:00pm and 8:00 pm; Sundays at 2:00pm and 6:00pm. Select Wednesday matinees are at 2:00pm. Tickets are $35-$70 and are available at the Box Office, 321 Park Avenue, Glencoe; 847-242-6000 or online at www.writerstheatre.org.
AUDIENCE ENRICHMENT
Throughout the season, Writers will be offering post-show discussions on select Wednesday evenings following the performance. Post-show discussions provide a forum for audience members to ask questions of the artists in the production and gain new insight into the work.

This year, Writers Theatre is continuing its partnership with select North Shore libraries to present the 10th Annual From Page to Stage, designed to enhance and enrich audience appreciation of The Diary of Anne Frank.  All events are FREE of charge and open to the public, though reservations are required.

Additionally, Writers is collaborating with the United States Holocaust Memorial Museum and the Illinois Holocaust Museum and Education Center on a series of special enrichment events in order to further enhance audience engagement with the play:

CO-PRESENTED WITH THE ILLINOIS HOLOCAUST MUSEUM & EDUCATION CENTER IN SKOKIE
Presentation: In Their Voices
Sunday, March 15 – 1:30 p.m.
Hosted by Temple Am Shalom - 840 Vernon Ave, Glencoe
Aaron Elster, a child survivor of the Holocaust, will speak about his youth in the Sokolow Ghetto with his two sisters, mother and father, and his experiences and lessons from the Holocaust.

RIDE METRA TO WRITERS THEATRE
In an effort to promote taking public transit to the Theatre, Writers Theatre launched a new promotion in 2013. Any audience member who purchases a ticket to a Writers Theatre production and rides Metra’s Union Pacific North Line to the Theatre may snap a photo of themselves on the train and post it to their Facebook page or Twitter feed with a tag of @writerstheatre and #[the title of the show], and upon showing the post at the Writers Theatre Box Office, receive $5 in cash (in essence, paying the cost of the train ride from Downtown ($4.75).

WRITERS THEATRE PARTNERS
Writers Theatre is pleased to recognize BMO Harris Bank as Season Sponsor of its 2014/15 Season, The Elizabeth F. Cheney Foundation as Bookstore Series Supporter, Northern Trust and Urban Innovations as Corporate Sponsors of The Diary of Anne Frank, and ComEd as Official Lighting Sponsor.  Additionally Writers Theatre is grateful to the following individuals for their sponsorship of The Diary of Anne Frank: Mrs. Louise Hart as Artists Council Sponsor; Randy L. and Melvin R. Berlin as From Page to Stage Sponsors; Julie and Larry Bernstein as Student Matinee Supporters; and Jeremy and Gill Farmer, Carol and Joel Honigberg, Cindy and David Knapp, Jane and Richard Lipton, Lizzy and Josh Scheinfeld, Harrison and Lois Steans, Seth Traxler and Jessica Aspen, and Kevin and Ellen Van Wart as Director’s Society Sponsors.

ABOUT WRITERS THEATRE
Over the past twenty-three seasons, Writers Theatre has become a major Chicagoland cultural destination with a national reputation for excellence. Under the artistic leadership of Michael Halberstam and the executive leadership of Kathryn M. Lipuma, Writers Theatre has been deemed the “best drama company in the nation” by The Wall Street Journal. The company, which plays to a sold-out and discerning audience of 35,000 patrons each season, has garnered critical praise for the consistent high quality and intimacy of its artistry. Prized for the finest interpretations of classic and contemporary theatre in its two intensely intimate venues, Writers Theatre’s acclaimed work includes Artistic Director Michael Halberstam’s world premiere in Glencoe and subsequent productions of A Minister’s Wife at Lincoln Center Theater and West Coast premiere at the San Jose Repertory Theatre; David Cromer’s productions of A Streetcar Named Desire and Picnic; and the commissioning, world premiere and New York premiere of Crime and Punishment, which has received more than 30 subsequent regional theater productions.

In November 2013, Writers Theatre announced the launch of the $34 million On To a New Stage Campaign, which includes a cash reserve.  This campaign will establish the company's first permanent home in a new theatre center in downtown Glencoe, designed by the award-winning, internationally renowned Studio Gang Architects led by Founder and Design Principal Jeanne Gang. This will allow the Theatre to continue to grow to accommodate its audience, while maintaining its trademark intimacy. The new facility will resonate with and complement the Theatre’s neighboring Glencoe community, adding tremendous value to Chicagoland and helping to establish the North Shore as a premier cultural destination.