More than 100 productions are participating as part of the 2015 lineup by offering tickets for $15 or $30, or less. Chicago Theatre Week is presented by the League of Chicago Theatres
in partnership with Choose Chicago.

Additional events to take place at Theatre Week Central including a staged reading of Mia McCullough’s The Plays About the Squirrels and Playwrights at Work with Regina Taylor, Philip Dawkins, Ike Holter J. Nicole Brooks and Randall Colburn, among others
February 12 – 22, 2015 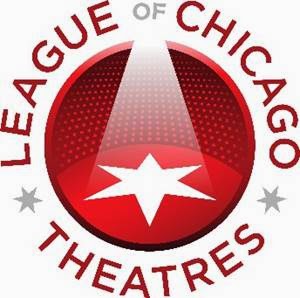 Chicago Theatre Week, starting this week, February 12 – 22, 2015, is returning for a third year and is spanning a week and two full weekends for the first time.  Also for the first time is Theatre Week Central, 163 E. Pearson, featuring the Storefront Playwright Project – as well as hotel partnerships with ACME Hotel Company and the dana hotel and spa. Special hotel room rate information for Chicago Theatre Week can be found at http://bit.ly/CTW15HotelOffers.
Tickets are on sale and a complete list of participating shows is listed on www.ChicagoTheatreWeek.com.  In the past two years, more than 200 shows have offered value-priced tickets to more than 600 performances in one week. Visitors and residents will again have the opportunity to sample the extraordinary range of theatrical offerings throughout Chicagoland.

Theatre Week Central
Theatre Week Central, 163 E. Pearson in the historic Water Tower Water Works, will provide information on the extraordinary range of theatrical offerings taking place throughout Chicago during Theatre Week and special happenings, including Playwrights at Work and a staged reading.

Playwrights at Work will take place at Theatre Week Central throughout Chicago Theatre Week on Tuesdays through Saturdays, from 10am to 6pm and Sundays from noon– 4pm.   Following the success of the Storefront Playwright Project in 2013 and 2014, the League of Chicago Theatres is again supporting and providing space for nearly 20 emerging and established playwrights to work on a current writing project in view of the public.  From a large screen facing outward, the public will be able to read what the playwright is writing and watch the creation of the next great Chicago play in real time. The aim of the project is to raise the visibility of playwrights in Chicago and encourage audiences to engage more deeply with Chicago theatre and the creative process of writing a new play for the theatre.

About The Plays About the Squirrels
Infestation: Sarah and Tom don't want squirrels. They don't want them in their house or on the premises, not even on the fence. It's in the pre-nup. So when Tom accidentally traps a squirrel in their attic and Sarah must call in an exterminator, it nearly tears their relationship to shreds.

Compensation: When Sarah and Tom get the bill from the exterminator, Tom goes on a crusade to get the neighborhood association to cover part of the cost... since squirrels are a public health issue, after all. The neighborhood association doesn't feel the need to pay for other people's "carelessness" in regards to squirrels until one of their powerful members is attacked and has an extermination bill of her own.

Mia McCullough’s plays have been produced at theatres around the country, including Steppenwolf, Chicago Dramatists, and Stage Left (Chicago), The Old Globe (San Diego), and InterAct (Philadelphia). Mia teaches playwriting and screenwriting at Northwestern University, as well as teaching yearly playwriting workshops in Chicago Public schools.

For a comprehensive list of Chicago productions, visit the League of Chicago Theatres website, www.chicagoplays.com.  Half-price tickets are available each week at www.hottix.org or at one of the three downtown Hot Tix locations.  Additional information about Chicago Theatre Week is available at www.chicagotheatreweek.com.
Posted by Bonnie Kenaz-Mara at 1:16 PM