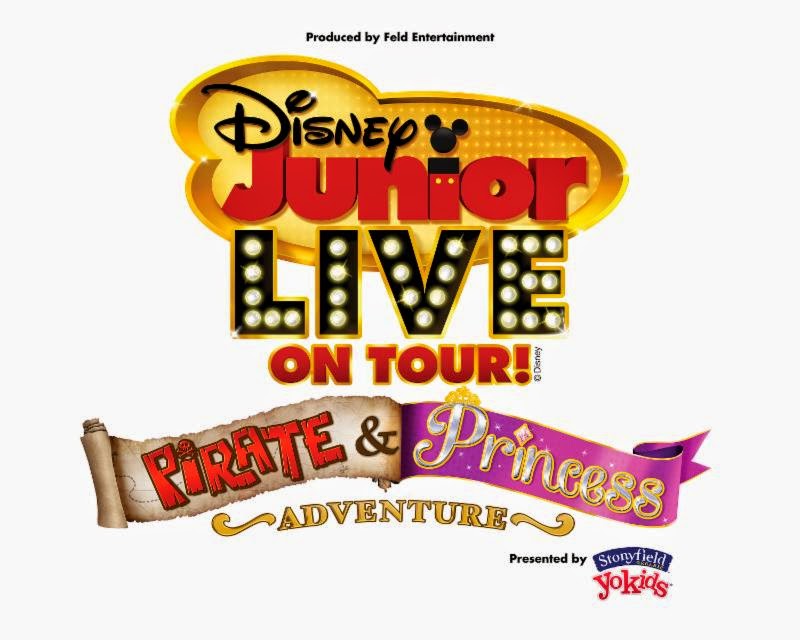 Travel with Mickey and Minnie to the magical worlds of Enchancia to meet the adorable Princess Sofia the First, and Never Land to root for Jake and his pirate friends.

Disclosure: Thanks to FELD for partnering up with ChiIL Mama for years and providing tickets for our giveaways and review purposes. As always, all opinions are our own. 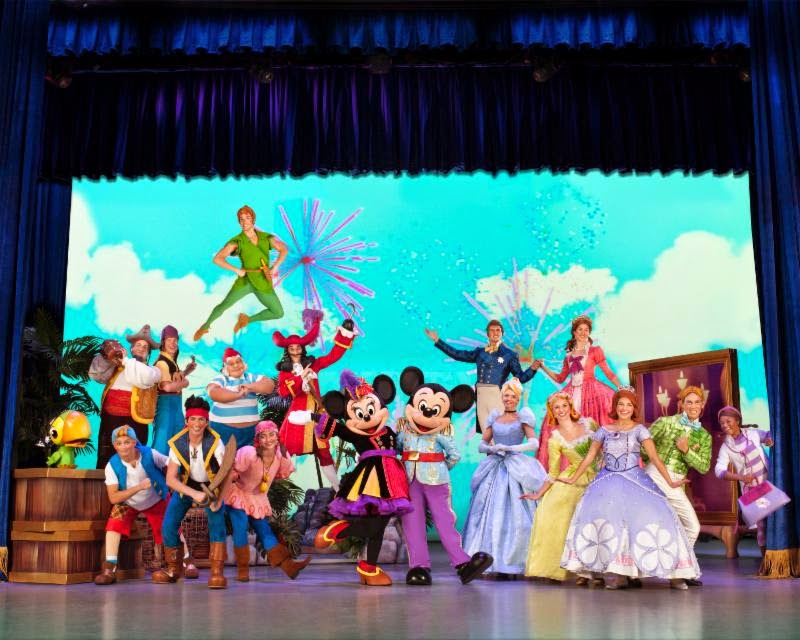 Feld Entertainment, Inc., producers of Disney On Ice and Disney Live!, is bringing the top performing cable TV series for preschoolers to the stage in Disney Junior Live On Tour! Pirate & Princess Adventure Presented by Stonyfield YoKids Organic Yogurt. Featuring characters from the smash hits Sofia the First and Jake and the Never Land Pirates, this upbeat musical production is scheduled for seven performances at the Rosemont Theatre, Friday, March 6, through Sunday, March 8.

“The Feld Entertainment mission of providing quality live entertainment experiences that the entire family enjoys starts with Disney Live! because it is often a young fan’s first theatrical experience,” said producer Alana Feld.  “Children everywhere are falling in love with Sofia and Jake, and we are thrilled to bring these popular Disney Junior characters to the stage.”

In this original storyline, Mickey and Minnie lead the audience on an exciting adventure that will have families rooting for their favorite pirate Jake and Disney's first little girl princess Sofia. Disney Junior Live On Tour! Pirate & Princess Adventure Presented by YoKids begins with a special interactive pre-show featuring the loveable 6-year-old doctor to toys and stuffed animals, Doc McStuffins. Children and their parents will sing the “I Feel Better” song along with Doc as she provides tender love and care. 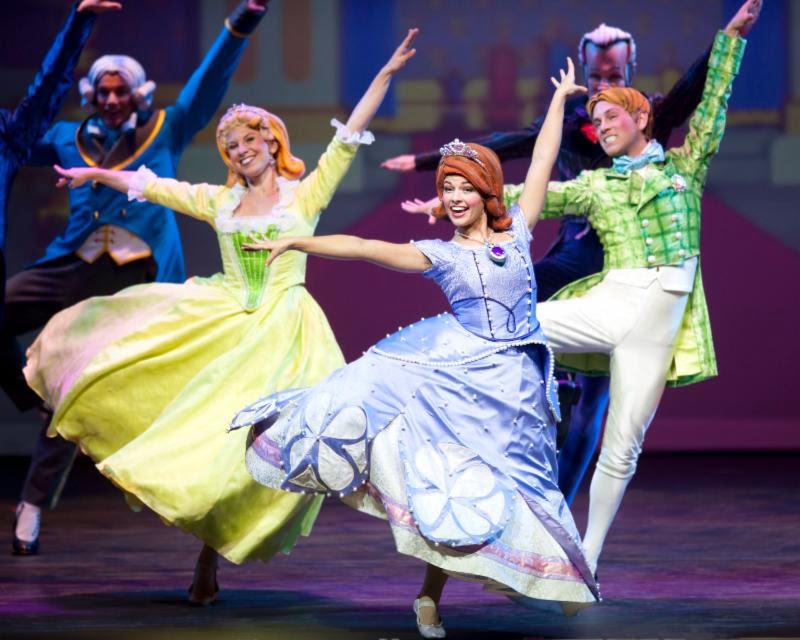 To find out more about Disney Junior Live On Tour! Pirate &Princess Adventure Presented by YoKids, or to purchase tickets, visit disneyjuniorlive.com, or follow the show on Facebook at Disney Live! and Twitter @Disney Live!

The Producers of Disney On Ice and Disney Live! Bring the Top-Rated Cable TV Series for Preschoolers to Life on Stage.

ABOUT FELD ENTERTAINMENT
Feld Entertainment is the worldwide leader in producing and presenting live touring family entertainment experiences that lift the human spirit and create indelible memories, with 30 million people in attendance at its shows each year. Feld Entertainment’s productions have appeared in more than 70 countries and on six continents to date and include Ringling Bros. and Barnum & Bailey®, Monster Jam®, Monster Energy Supercross, Nuclear Cowboyz®, AMSOIL Arenacross, Disney On Ice, Disney Live! and Marvel Universe LIVE! More information on Feld Entertainment is available online at www.feldentertainment.com.


Disney Junior reflects the emotional connection generations of consumers have to Disney storytelling and Disney characters, both classic and contemporary. It invites mom and dad to join their child in the Disney experience of magical, musical and heartfelt stories and characters, while incorporating specific learning and development themes designed for kids age 2-7. Disney Junior's series blend Disney's unparalleled storytelling and characters kids love deeply with learning, including early math, language skills, healthy eating and lifestyles, and social skills. Disney Junior launched in February 2011 with a daily programming block on Disney Channel. In its first year, Disney Junior posted the network's biggest yearly audience in the day part in Total Viewers, Kids 2-5, Boys 2-5 and Women 18-49, increasing by double-digit margins among preschooler demographics over year-ago levels.  The magic continues in 2013, with the block currently home to the Top 3 cable TV series in Kids 2-5 and Top 4 preschool cable TV series in Total Viewers. On March 23, 2012 Disney Junior added a cable and satellite channel in the U.S.  Disney Junior channels in Japan, India and Disney Junior Portugal launched in fall 2012, bringing the total number of channels to 33 worldwide.

Disclosure: Once again, thanks to FELD for partnering up with ChiIL Mama for years and providing tickets for our giveaways and review purposes. As always, all opinions are our own.