ACT OUT KIDS EXTENDED: RUDOLPH THE RED-NOSED REINDEER™: THE MUSICAL

ONE WEEK ADDED!
Performances through January 5, 2014 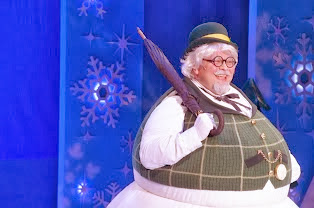 The beloved stop-motion classic RUDOLPH THE RED-NOSED REINDEER™ and his friends soar off the screen and onto the stage this holiday season. From fleeing the Abominable Snow Monster TM to saving Christmas, join Rudolph™  and his friends Clarice TM, Hermey the Elf TM and Yukon Cornelius TM as their adventures teach us that what makes you different can be what makes you special.  Don’t miss this wonderful holiday tradition that speaks to the little misfit in all of us.

Honoring the tradition of the original animated television special, Emerald City Theatre and First Stage bring to life the magical world of the North Pole in a large-scale, spectacle-filled musical with all the classic songs. RUDOLPH THE RED-NOSED REINDEER™: THE MUSICAL is appropriate for all ages.

“We are thrilled to collaborate with First Stage Artistic Director Jeff Frank and his artists from First Stage,” said Emerald City Producing Artistic Director Ernie Nolan. “Jeff Frank’s enchanting, original adaptation is a feast for the eyes with heartwarming holiday cheer.  I can't wait to add a little Emerald City magic to the recipe.  Together we promise Chicago audiences a great BIG toe tapping musical that the whole family can savor.” 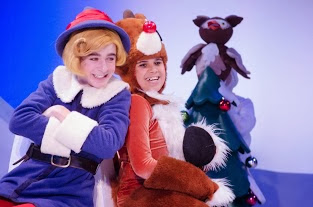 About Emerald City Theatre
Founded in 1996, Emerald City Theatre creates theatre experiences that inspire early learners through play. Emerald City is one of Chicago's most attended non-profit theatres, with an annual programing reach of 80,000.
Through a rigorous collaboration between innovating artists and leading educators, Emerald City develops new work for young audiences, with over 29 world premieres; produces professional productions at the Apollo Theater in Lincoln Park, The Broadway Playhouse at Water Tower Place, and the Little Theatre; and provides acclaimed educational programming throughout Chicago through Emerald City Theatre School.

About First Stage
Since 1987, First Stage has grown to become one of the nation’s most acclaimed children’s theaters and the second largest theater company in Milwaukee, Wisconsin. First Stage touches hearts and transforms lives through professional theater productions that engage, enlighten and entertain more than 115,000 audience members annually.  Committed to new play development, First Stage has presented nearly 50 world premieres in its history and has collaborated with renowned artists including Harry Connick Jr. and Stephen Schwartz, and award-winning authors Lois Lowry and Cornelia Funke. Its Theater Academy, teaching life skills through stage skills, is the largest theater training program of its kind in the nation.  As Wisconsin’s leader in arts-in-education programming, First Stage’s dynamic Theater in Education programs promote active learning in our schools and our community, serving over 20,000 children each year.

Posted by Bonnie Kenaz-Mara at 6:47 PM