HELP LOCALLY: Free Tickets to Ringling Bros.® Built To Amaze! Offered for Every $10 Donated to Windy City Habitat for Humanity through November #chiringling

Free Tickets to Ringling Bros.® Built To Amaze! Offered for Every $10 Donated to Windy City Habitat for Humanity through November 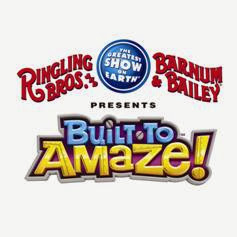 “Windy City Habitat for Humanity is building so much more than homes in West Pullman,” said Juliette Feld, of Feld Entertainment, in announcing the donation incentive at a community-wide block build party earlier today. They’re building hope, dignity within the community, and a place for deserving families to build memories that will last a lifetime.

“With every performance of Ringling Bros. and Barnum & Bailey we create lifelong family memories. Our Ringling Bros. community is delighted and honored to be able to support Habitat for Humanity’s work in the great city of Chicago as an extension of commitment to families.”

“West Pullman is a remarkable community,” said Windy City Habitat for Humanity Executive Director Jennifer Parks. “Proud and resilient, the community is filled with hard-working individuals doing their best to create a better life for their families in difficult times.”

“Thanks to the support of committed corporate citizens like Feld Entertainment/Ringling Bros. and Barnum & Bailey, Windy City Habitat for Humanity can be a part of building a stronger West Pullman. Together, we truly can construct something ‘built to amaze!’”

Windy City Habitat for Humanity, a non-profit organization seeking to eliminate poverty housing and improve neighborhoods in Chicago, invites people of all backgrounds to build homes together in partnership with families in need. Having built 90 homes in various Chicago neighborhoods, the stretch of S. Union Ave. between 119th and 120th in West Pullman represents the first time Habitat for Humanity has engaged in building an entire block of homes within the City of Chicago. For additional information, visit www.windycityhabitat.org.

Ringling Bros. and Barnum & Bailey Presents Built To Amaze! is currently appearing at the Allstate Arena in Rosemont, Ill., with performances through Nov. 11, then moves to Chicago’s United Center, Nov. 20 - Dec. 1. For additional information or tickets, visit www.Ringling.com.