Don't lose your heads, people... The next wave of Skylanders has hit the stores just in time for the holidays.   If your kids are like mine, they can't get enough of Skylanders and finished the Giants and the original journeys long ago.   We've been eagerly awaiting Swap Force since I got a sneak peek at the yet unreleased game at SweetSuite 2013 at BlogHer.


Activision’s Skylanders Swap Force is the 4th Series released in the Skylanders Game Series and they're already kickin' booty and turning heads!   This one's the best yet. 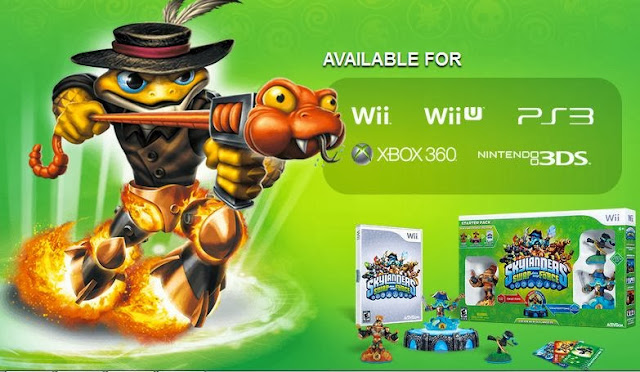 My kids, Du-Jay (12) and Sagezilla (10) split the 29 Skylanders they've bought with their own allowance "helpful works money" into types and made a video to welcome the new Swap Force series.   Check it out here.

We're super stoked all the prior series characters can still be played in the new Swap Force adventures!


Embark on an exciting new adventure with the Skylanders and the SWAP Force. For generations, the SWAP Force protected the volcano that replenishes Skylands’ magic. That is until an epic battle caught them in an eruption that blasted them apart, sent them to Earth and gave them the ability to swap powers. Only you can mix and match their tops and bottoms, put them on the new Portal of Power™ and save Skylands.