ACT OUT HOLIDAY: Barrel of Monkeys Celebrates the Season with THAT’S WEIRD, GRANDMA: THE HOLIDAY SPECIAL

Barrel of Monkeys invites you to join them by the imaginary hearth and celebrate the warmth of the holiday season with THAT’S WEIRD, GRANDMA: THE HOLIDAY SPECIAL, featuring a festive array of holiday-themed favorites like Santa and Taco Bell, The Crazy Reindeer, Snowmen From Pluto, Santa’s Mean Day and many more – all conceived and written by Chicago Public School students and adapted for the stage and performed by Barrel of Monkeys Company Members. 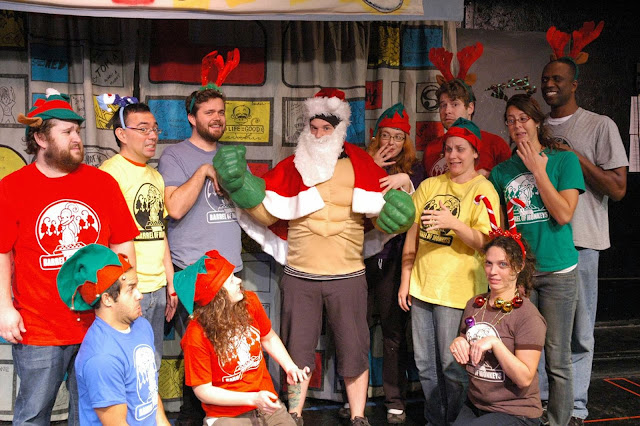 Directed by Artistic Director Molly Brennan, THAT’S WEIRD GRANDMA: THE HOLIDAY SPECIAL plays Mondays at 8 pm from December 9, 2013 – January 13, 2014 at the Neo-Futurist Theater, 5153 N. Ashland Ave. in Chicago.  Clever and funny – touching and poignant – the weekly collection of short sketches are equally entertaining for both adults and children. The line-up changes each week by audience vote – so no two shows are ever the same.  For tickets, reservations and information visit www.barrelofmonkeys.org or call (312) 409-1954. 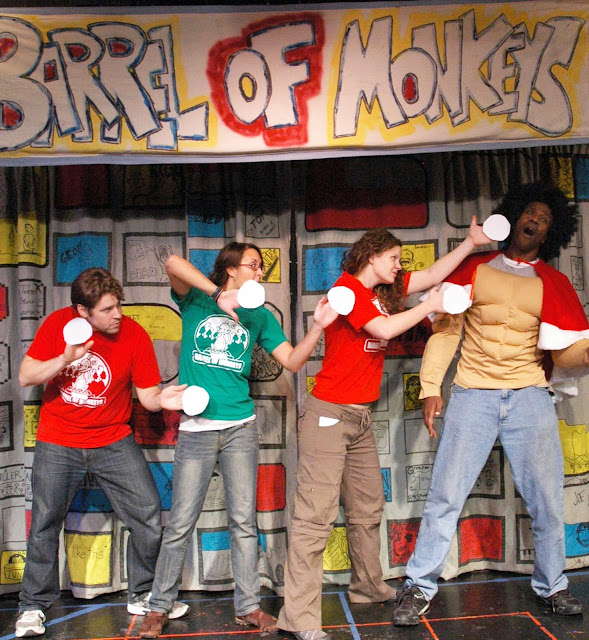 About the Director
Molly Brennan, a Barrel of Monkeys company member since 1999, has held a variety of positions in the company, including actor, teacher, lead teacher, director and artistic associate. She was named Artistic Director in 2011. Brennan is also a Company Member of 500 Clown, and has performed in Chicagoland toured all over the country. Her acting credits include: Lookingglass Theatre's Peter Pan, A Play and Lookingglass Alice; and Harpo Marx in Goodman Theatre's Animal Crackers. She has also performed with About Face Theatre, Steppenwolf Theatre, The Second City, The House Theatre of Chicago, Lifeline Theatre and Factory Theater.

About Barrel of Monkeys
Since Barrel of Monkeys’ inception in 1997 it has worked in 57 Chicago Public Schools. More than 7,000 lower-income elementary school students have participated in the Barrel of Monkeys programs that provide a rare opportunity for creative expression and build literacy skills, self-esteem and confidence in student ideas and abilities.
Posted by Bonnie Kenaz-Mara at 11:48 AM