Contests: How Far to Austin, Paul Frank and Dinosaur Jr. 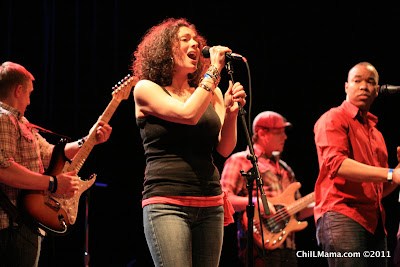 Calling all funk lovin', smart phone totin' videographers.
You know all those warnings not to tape shows?   Well kindly disregard them this Saturday at HOB.    That shaky phone masterpiece you took while boogyin' down, after an evening of beers, could win you some fame n acclaim in your very own music video role.
How Far to Austin is running a contest for the big show HOW FAR to AUSTIN @ HOUSE OF BLUES!! 17+ SHOW!!   Whip out your cell phone, record an entire song during our set and send it to us, person with the best looking/sounding video will get a featured role in the upcoming music video for our tune "Don't Get Me Wrong". Don't have your tickets yet for Saturday night? Get 'em HERE while they're cheap. 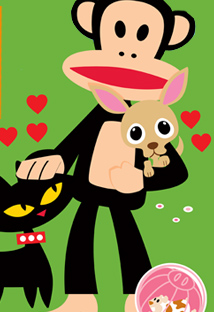 Do Paul Frank goodies make you wanna roll over and beg?    Your dog could win a $180 prize package if your hip pup's mug gets the most FB "likes" before July 3rd.   Click HERE for details on how to enter the Raise the WOOF photo contest. 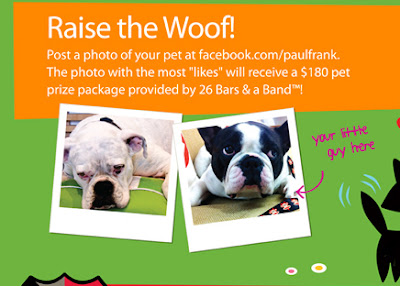 On Saturday, June 25, Dinosaur Jr. are putting themselves IN THE HANDS OF THE FANS.
Just like Iggy and the Stooges did with "Raw Power" last September, Dinosaur Jr. and MVD are offering fans a once-in-a-lifetime opportunity to film and interview their performance of the classic album "Bug" at the 9:30 Club in Washington D.C. on June 25. Six lucky fans will be chosen by way of a video submission contest to join director Dave Markey (1991: The Year Punk Broke, Desperate Teenage Lovedolls) on location.
The contest is based on fans submitting short high definition video segments through www.InTheHandsOfTheFans.com asking Dinosaur Jr. interview questions, or demonstrating why they should win the contest. Winners of the contest will film and interview Dinosaur Jr. at the 9:30 Club. This fan shot footage, along with the contestant video submissions, will be crafted into a high definition longform program, which will be part concert film and part reality TV show about the journey of the fans.
"MVD is honored to work with an act of such high integrity and esteem, " says Ed Seaman, C.O.O. of MVD Entertainment Group. "We made dreams come true for six fans when we did RAW POWER, and are thrilled to do this with Dinosaur Jr. doing BUG."
Following the announcement that Dinosaur Jr. was to perform the classic album BUG in its entirety in London in July, the band announced a short tour in the US in June. The US dates kick off in Northampton, MA with a concert benefiting Whole Children, including Henry Rollins, Thurston Moore, and The Warblers and continues throughout the East Coast featuring Dinosaur Jr. performing Bug in its entirety, Henry Rollins interviewing Dinosaur Jr. live and special guests OFF!, with Fucked Up also performing in New York City.
"I hate bugs," said J Mascis. "If you do too, come see us perform the whole album at the 9:30 Club, even if you LuvBugs. You can videotape our performance cause we're putting it In the Hands of the Fans."
IN THE HANDS OF THE FANS will be sustainable as a series; MVD is already deep in discussions with a number of other artists and expects to have five more programs shot within the next six months with new announcements expected any day.
The final program for Dinosaur Jr. IN THE HANDS OF THE FANS is expected to release on DVD, BluRay, digital download and broadcast late 2011. All contestants will receive a special offer to purchase the film early along with some exclusive value added content.
Posted by Bonnie Kenaz-Mara at 7:52 AM