Perfect Pairing: Blue Man Group and FastPass to Andy Warhol – From A to B and Back Again Available Through January 23, 2020 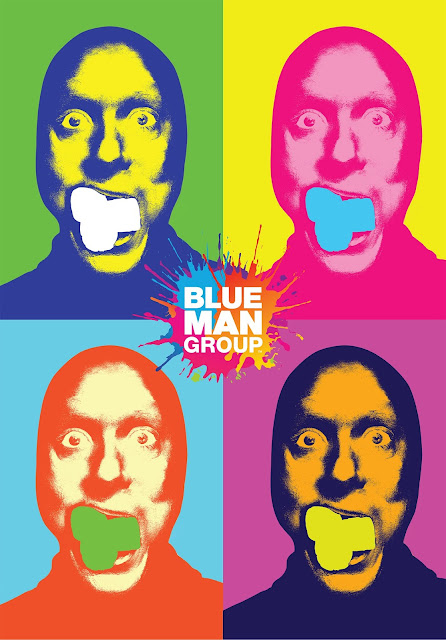 Here at ChiIL Mama, we adore theatre and art, and we're jazzed when our favorites team up together. If you're looking for a great holiday gift idea or a way to make some memories with visiting family and friends, check this out. You don't even need to do both shows on the same day. Make life a bit more colorful during this dark season and go already!

Blue Man Group is thrilled to debut a new ticket package in partnership with Andy Warhol – From A to B and Back Again, on view now through January 26, 2020 at the Art Institute of Chicago. The special ticket package is $79 and includes a main floor seat to Blue Man Group at Chicago’s Briar Street Theatre and a FastPass admission ticket to the Art Institute including a pass to the Warhol exhibition.

Andy Warhol – From A to B and Back Again is a penetrating and panoramic look at an artist whose "15 minutes" endure. This major retrospective--the first to be organized by a US institution (Whitney Museum of American Art) in 30 years--builds on the wealth of new research, scholarship, and perspectives that has emerged since Andy Warhol's early death at age 58 in 1987. More than 400 works on view offer a new view of the beloved and iconic American Pop artist, not only illuminating the breadth, depth, and interconnectedness of Warhol's production across the entirety of his career but also highlighting the ways that he anticipated the issues, effects, and pace of today’s digital age.

Blue Man Group ticket buyers are invited to use code WARHOL when purchasing full price Blue Man Group Chicago tickets to receive an equal number of FastPass admission and Andy Warhol – From A to B and Back Again exhibition passes at the Art Institute of Chicago. Art Institute tickets must be picked up at the Briar Street Theatre box office and do not need to be used on the same day as the Blue Man Group performance.

Beyond the stage show, they are Grammy-nominated recording artists, known for their contributions to various film and TV scores and multiple Blue Man Group albums, including their most recent, THREE. Their “Megastar World Tour” rock concert parody played arenas across the globe. The group’s recently published first-ever book, Blue Man World, is a visually stunning anthropological exploration of the curious bald and blue character.
Posted by Bonnie Kenaz-Mara at 4:16 PM

Email ThisBlogThis!Share to TwitterShare to FacebookShare to Pinterest
Labels: Blue Man Chi, Blue Man Group, FastPass admission ticket, FOR ANDY WARHOL — FROM A TO B AND BACK AGAIN, The Art Institute, Theatre Chicago, ticket package