The Holiday Hit Returns!
Strawdog Theatre Company Presents
HERSHEL AND THE HANUKKAH GOBLINS
Based on the book by Eric Kimmel
Adapted by Michael Dailey
Music and Lyrics by Jacob Combs
Directed by Lauren Katz
Music Direction by Yair Farkas
December 7 – 29, 2019 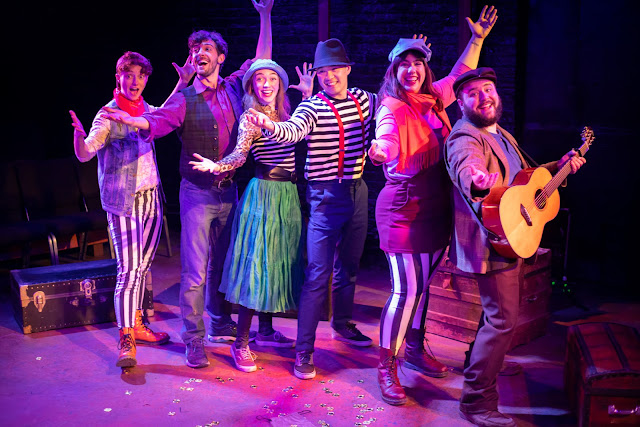 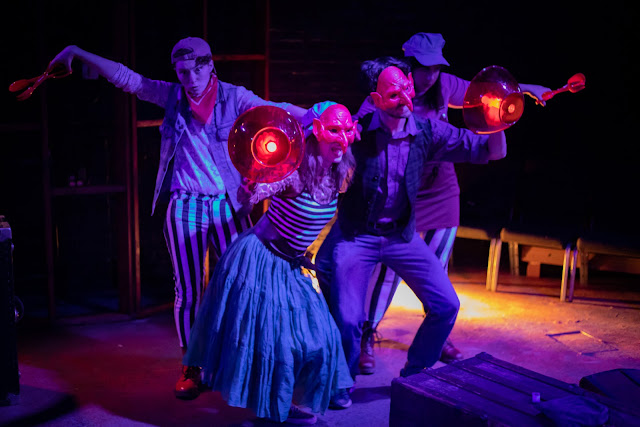 Will Hershel of Ostropool outsmart the goblins who haunt the old synagogue so that villagers can celebrate Hanukkah? In this stage adaptation of the Caldecott Honor-winning book, the story comes to life with music and a little bit of magic for families of all ages to enjoy. 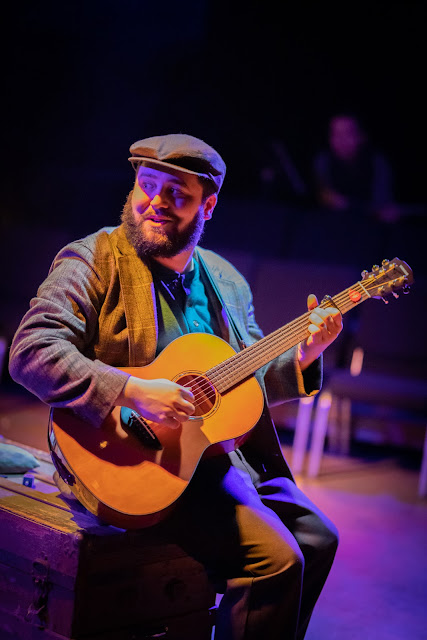 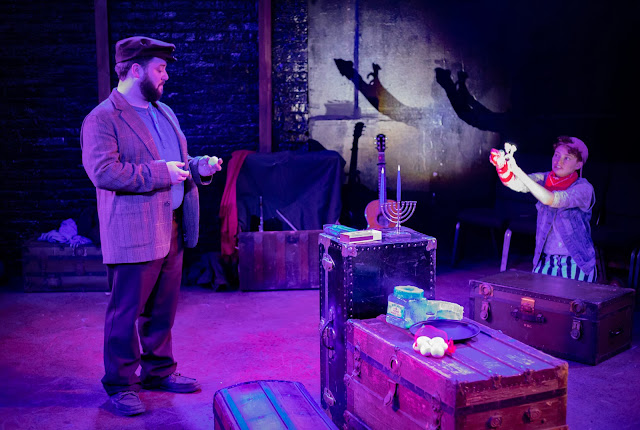 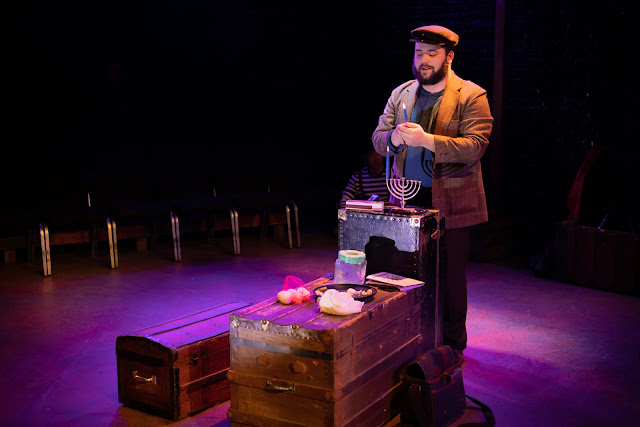 Comments Strawdog Artistic Director Leda Hoffmann, "I’m thrilled to bring back Hershel and the Hanukkah Goblins to Strawdog this season. Hershel captures the imagination, joy and theatricality central to Strawdog’s work in a story great for audiences young and old. It is a privilege to bring this well-loved tale to Chicago audiences during the holiday season.” 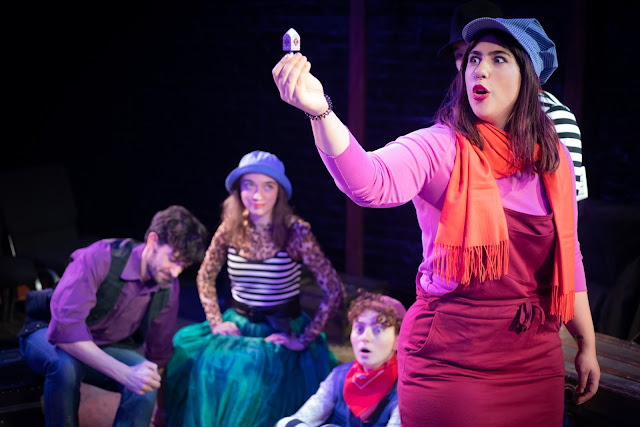 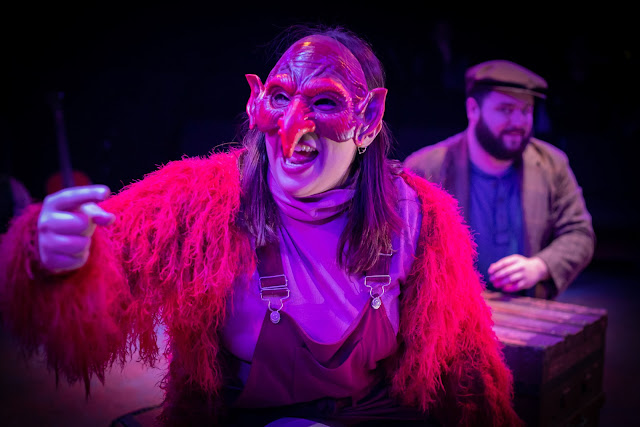 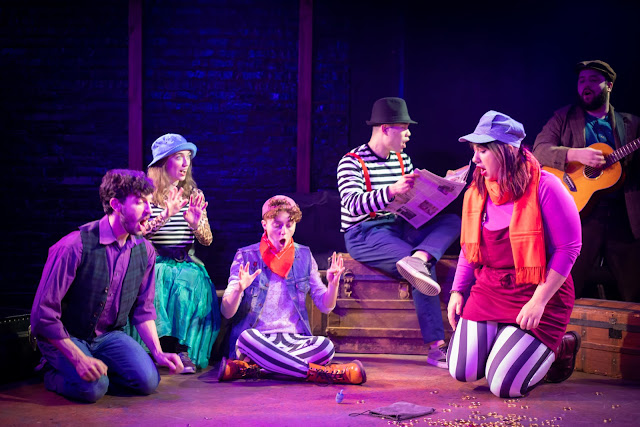 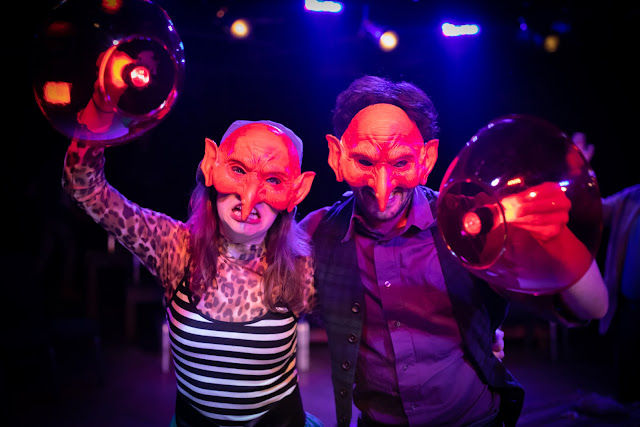 Eric Kimmel (Author) is the author of over 130 books for children, including Anansi and the Moss-Covered Rock and the classic Hanukkah tale, Hershel and the Hanukkah Goblins. He is a five-time winner of the National Jewish Book Award and the Sydney Taylor Award for Lifetime Achievement. Dr. Kimmel and his wife Doris live in Portland, Oregon.

Michael Dailey (Book/Adaptation) has appeared as an actor in 24 mainstage productions with the company since joining Strawdog in 1997. Writing credits include three radio plays presented as part of Radio Theatre 7, co-writer on the late night series The Adventures of Picklebot and Lawfer and script editor for Strawdog’s productions of 1001 Afternoons in Chicago, Julius Caesar and Measure for Measure.

Jacob Combs (Music and Lyrics) is a writer, director and composer based in Los Angeles. In addition to last year’s premiere production of Hershel and the Hanukkah Goblins, his previous musical theater projects include Palin! The Musical (music and lyrics), Unraveling (book, music and lyrics), Falling Apart, Coming Together (music and lyrics) and Legends & Lore (book). He is currently writing the book, music and lyrics for the musical Selling Out, which was workshopped at Chicago’s Strawdog Theatre in June 2018. Jacob’s first short film as writer/director, Without, premiered earlier this year, and is currently on the festival circuit, having played at over 15 U.S. and international festivals so far. His short screenplay Messrs. is being produced through the AfterWORK program at Pixar Animation Studios, where Jacob works in the creative development department.

Yair Farkas (Music Director) is a composer and singer from the suburbs of Chicago. He is a graduate of Binghamton University's music program where he studied classical voice, musicology and composition. He has written for professional music ensembles including Contemporaneous and the Grammy-award winning artists of Modern Medieval.

Strawdog Theatre Company is supported in part by The MacArthur Fund for Arts & Culture at the Richard H. Driehaus Foundation, the Gaylord and Dorothy Donnelley Foundation, the Alphawood Foundation, The Elizabeth F. Cheney Foundation and the Illinois Arts Council Agency. 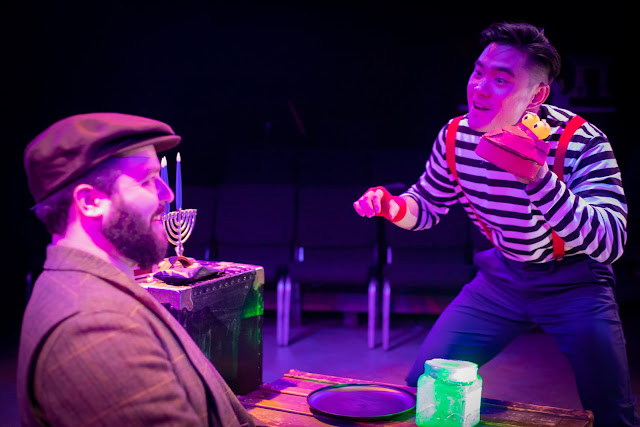