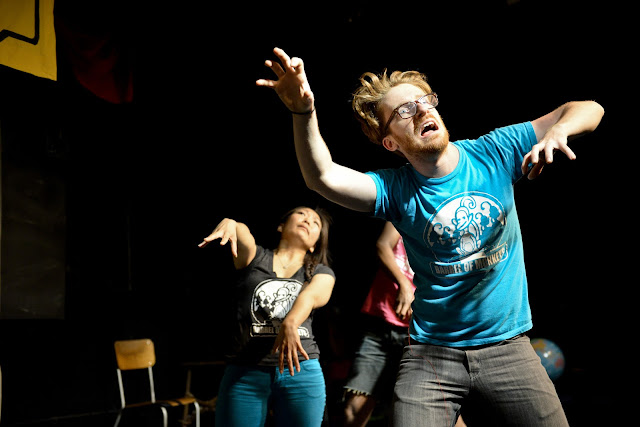 BOM is a long time fav of ours here at ChiIL Mama. Their sketches are a hoot and a half, full of the unbridled creativity of kids, brought to the stage unedited, and honed into a full on production by adult actors.

Barrel of Monkeys is pleased to launch its 2019-20 season with a spooky twist: THAT’S WEIRD GRANDMA: Goes Trick or Treating, directed by Artistic Director Brandon Cloyd, playing Sundays at 3 pm from October 6 – November 3, 2019 at the Neo-Futurist Theater, 5153 N. Ashland Ave. in Chicago. Tickets are currently available at www.barrelofmonkeys.org or by calling (773) 506-7140.

Stories about ghosts, haunted orphanages and spooky horrors imagined by Chicago elementary school students will be sure to get audiences in the Halloween mood!

Now in its 18th year, THAT’S WEIRD, GRANDMA features adaptations of stories written during Barrel of Monkeys’ creative writing residencies in Chicago elementary schools. BOM’s ensemble of professional actors, comedians and musicians bring the young authors’ stories to life as raucous sketches, songs and movement pieces, performing first for students in their schools and then for the public. These stories – from hilarious dialogues between unlikely characters to poignant pleas for social change – resonate with adults while celebrating the imaginations of young people. Every week brings a new line-up of stories, and BOM invites audiences to vote on their favorites at each performance. 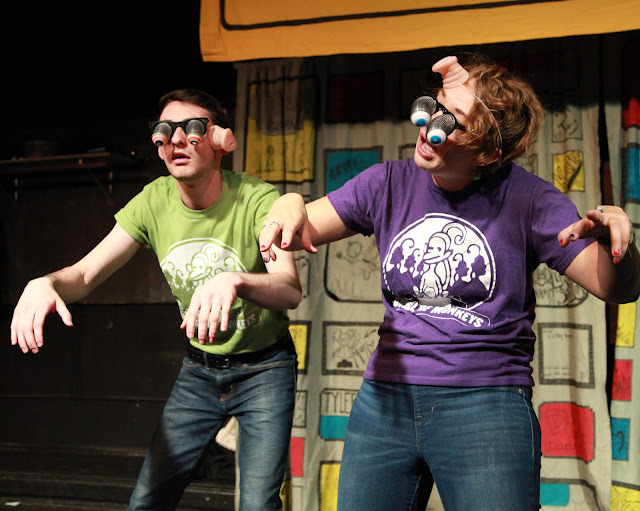 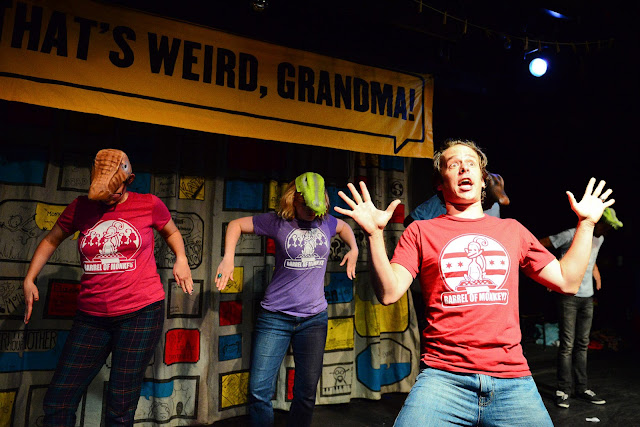 Posted by Bonnie Kenaz-Mara at 5:26 PM