OPENING: ROMEO AND JULIET: A Spectacular Retelling of The World’s Greatest Love Story November 7 – 9, 2019 at The Den Theatre

ROMEO AND JULIET:
A Spectacular Retelling of The World’s Greatest Love Story 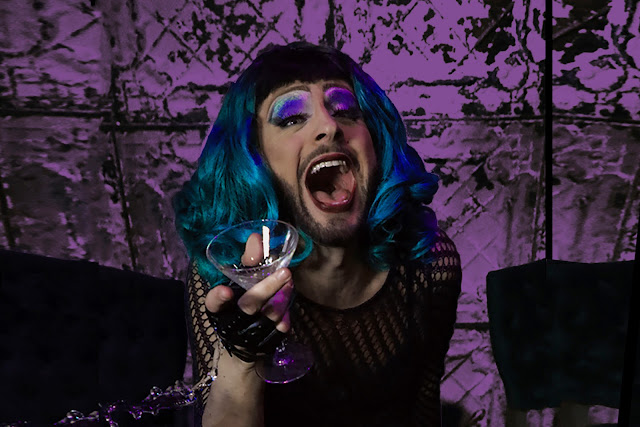 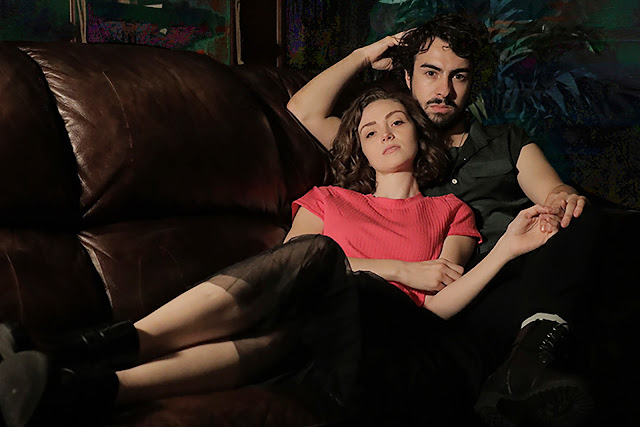 (left to right). Halie Robinson (Juliet) and Alex Quiñones (Romeo) in a publicity image for The Family Crest, The Den Theatre and Jacaranda Collective’s world premiere of ROMEO AND JULIET: A Spectacular Retelling of The World’s Greatest Love Story.
All Cast Photos by Audrey Palumbo. 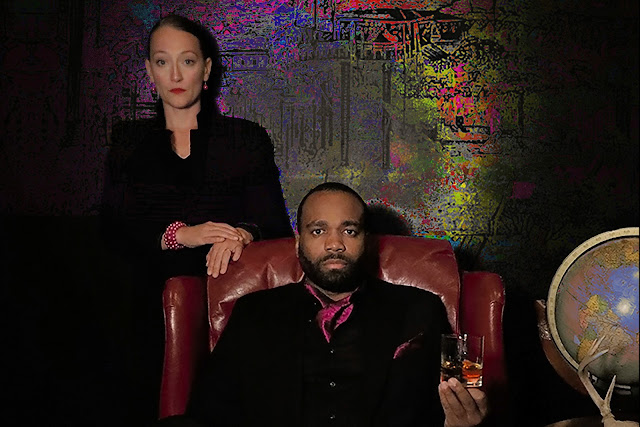 Directed by Sam Bianchini with choreography by Julie Brannen, this innovative combination of actors, dancers and live music by The Family Crest will play a limited three-show engagement from November 7 – 9, 2019 on The Den Theatre’s Heath Main Stage, 1331 N. Milwaukee Ave. in Chicago. Tickets are currently available at www.thedentheatre.com, in person at the The Den box office or by calling (773) 697-3830.

Somewhere between a rock concert and a classic Shakespearean play, ROMEO AND JULIET finds new life through enigmatic staging, engaging choreography and an emotionally expressive soundtrack. Treated as party guests, the audience is dropped into the middle of this sensational epic in an immersive night that feels like a music video come to life. 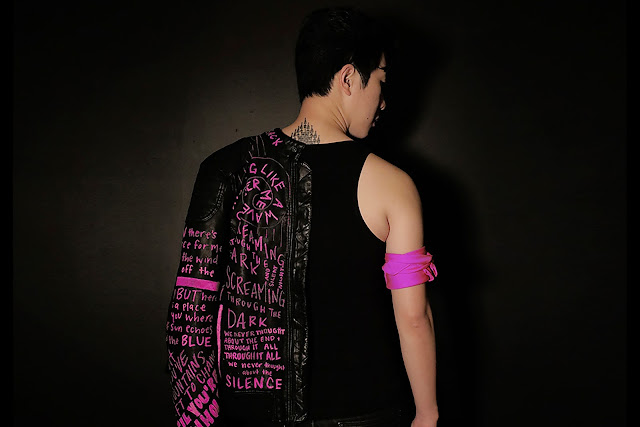 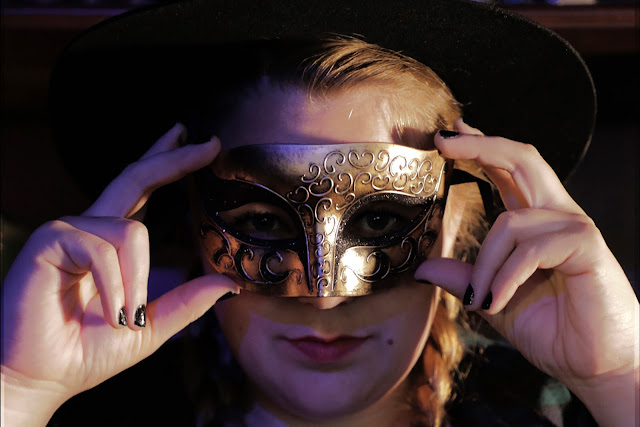 The evening features favorite hits from The Family Crest, (some of which can be heard in their iconic Tiny Desk concert), combined with never-before-heard tracks from their upcoming album, The War: Act II, which debuts in 2020. The grandiose, symphonic sounds of these classically trained musicians provides the inspiring soundtrack to the familiar tale and paints the picture like it’s never been seen before. 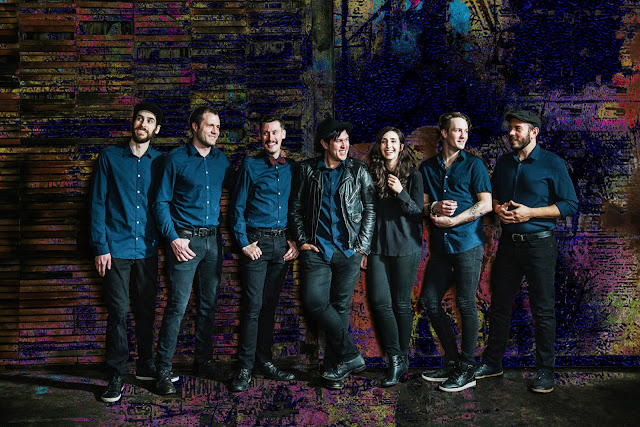 The collaboration between The Family Crest, The Den Theatre and Jacaranda Collective creates an ideal recipe for a special event. They welcome you to join this unforgettable experience. 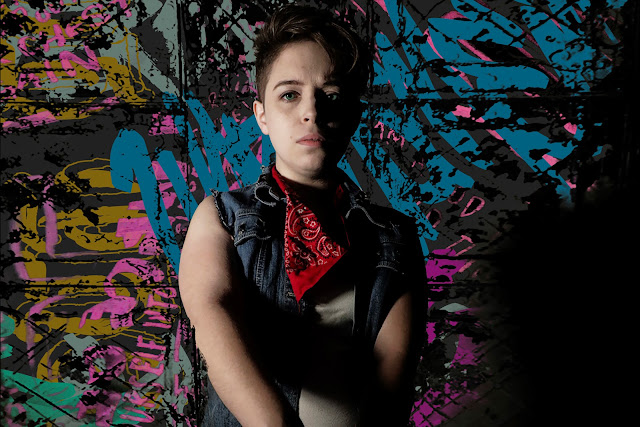 Tickets: $33. A limited number of VIP tickets are available for $60 (VIP Tickets include premium mezzanine table seats, a digital album of The Family Crest music from the show, including 3 new tracks off the not-yet-released The War Part II, and a signed collectible poster). Tickets are currently available at www.thedentheatre.com, in person at the The Den box office or by calling (773) 697-3830.


About The Artists
The Family Crest (Music) The brainchild of composer, vocalist and multi-instrumentalist Liam McCormick, orchestral indie rock band The Family Crest was started as a recording project in 2009 with co-founder John Seeterlin (bass) as a final release before bowing out of the industry. Instead of leaving music, they were inspired by their peers to set out to reinvent how a band could be created, starting The Family Crest with an audacious and bold vision of cultivating a musical community. “We always liked making music with people –  getting a bunch of people together and singing. So we put ads everywhere,” says McCormick. “We posted on Craigslist, distributed flyers, and emailed old friends from school.” The outcome was greater than the original duo imagined, with over 80 people credited on their first recording and over 500 musicians credited throughout their catalog.

Beyond the core band of McCormick and Seeterlin, Anthony Franceschi (drums), Laura Bergmann (flute, piano, percussion, vocals),Owen Sutter (violin) and George Samaan (trombone), over 500 “Extended Family” members participate on recordings, live shows and across the artistic spectrum. Known for their jaw-dropping live performances, The Family Crest has toured extensively domestically and internationally, garnering the support of fans and the press alike. Bob Boilen of NPR's “All Songs Considered” said of The Family Crest, “Seeing is believing. Liam McCormick is a knockout singer, you simply must hear him live... There's a decent chance you're about to discover your favorite new band.” 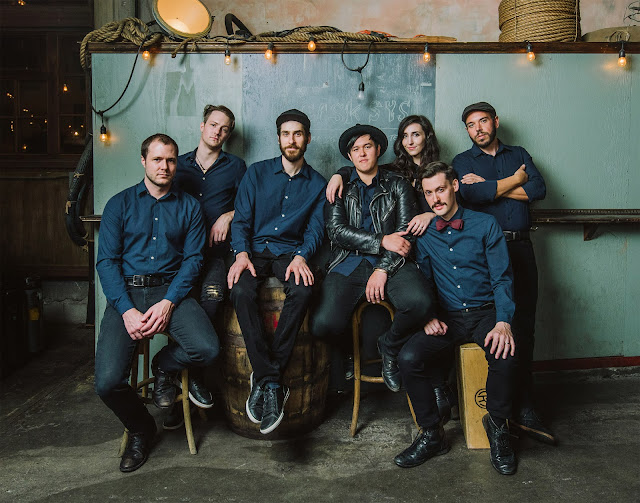 The Family Crest has released three full-length albums and three EPs, including their critically-acclaimed breakout Beneath the Brine, which SPIN magazine called, “…a masterfully arranged epic… sharp strings, galloping percussion, and an ambition wide enough to swallow you whole.” Most recently, the band has been releasing pieces of their current musical concept album series, The War. “The War represents the next version of The Family Crest,” says McCormick, and indeed, the album reveals a band more in tune with its own large-scale Baroque eclecticism. Jim Vorel of Paste Magazine described their first offering, The War: Prelude to War, as “A sound so big, it feels like it could collapse in on itself at any moment to form a black hole… One thing is certain: These guys are just as explosive as ever, and these songs are going to bring the house down in a live setting.” The War: Act I, the second installment in the concept series brought about similar sentiments as EARMILK stated, “The Family Crest deliver complex arrangements with such confidence that each varying sound produced is done with effortless intent and is never perceived as an afterthought… a stunning explosion of color and emotion and just another reason why I'm continually captivated by this group.” They are currently slated to release the next chapter in the series, The War: Act II in 2020.

Sam Bianchini (Director) is a director, actress, writer and producer who has worked in LA, NYC and Chicago on both the stage and screen. She began her professional career in the storefront Chicago theatre scene at 17, while obtaining her BFA in Acting from Roosevelt University’s CCPA, which shaped her artistic voice and provocative, intelligent and heartrending style. She went on to receive her MFA in Acting from UCLA. Since then, Sam has been writing, acting and producing immersive and awe-inspiring pieces of theatre and film. A meticulous eye, attention to rhythm, and musicality of emotion are main staples of her distinctive direction. Recently relocating home to Chicago, Bianchini's accomplished voice and bold vision bring fresh ideas and electrifying storytelling to the Chicago Theatre scene. Select West Coast credits: Romeo and Juliet (LA and SF), A Midsummer Night's Dream, The Cherry Orchard, Down in the Face of God and Talking Blues (director). Select Chicago Credits: An Ideal Husband, Crumbs from the Table of Joy, The Nebraska Project, My Name is Rachel Corrie (director) and Mad Like Us (director). TV/Film: Chicago Fire, The Next Big Thing (film), Lost Angeles (writer). www.sambianchini.com

Jacaranda Collective is a multi-media production company formed upon the principle of creating art to explore both the struggle and the beauty of existence, without claiming one Truth. Just as the Moon is rarely seen in full, we acknowledge and celebrate all phases of Life, while allowing the audience a safe space to navigate their own personal landscape. At Jacaranda, we aspire to inspire your belief in magic, and your potential to create it.

Jacaranda Collective burst onto the Chicago theatre scene earlier this spring with their knockout production of My Name is Rachel Corrie, produced at The Den Theatre. The company arrives as a passionate and provocative addition to Chicago's storefront stages. Spearheaded by artistic director Sam Bianchini and associate artistic director Halie Robinson, Jacaranda combines big, energetic vision and striking storytelling with precision and care. Bianchini and Robinson set out to make theatre that is a gift to the audience. For additional information, visit www.jacarandacollective.com.

Posted by Bonnie Kenaz-Mara at 6:30 PM