Mr. Singer & the Sharp Cookies, Chicago’s most energetic, award-winning band for kids, are releasing a spooky single this Friday! Their cover of Daniel Johnston’s “Devil Town” is due out October 11, 2019. Keep an ear out! 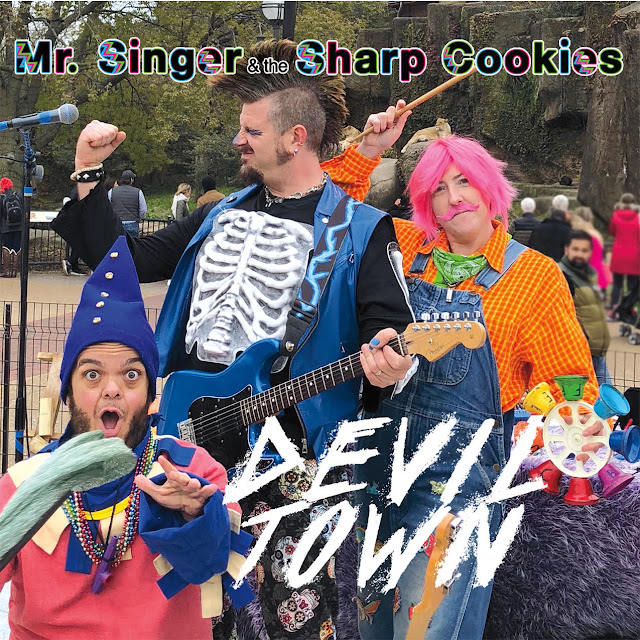 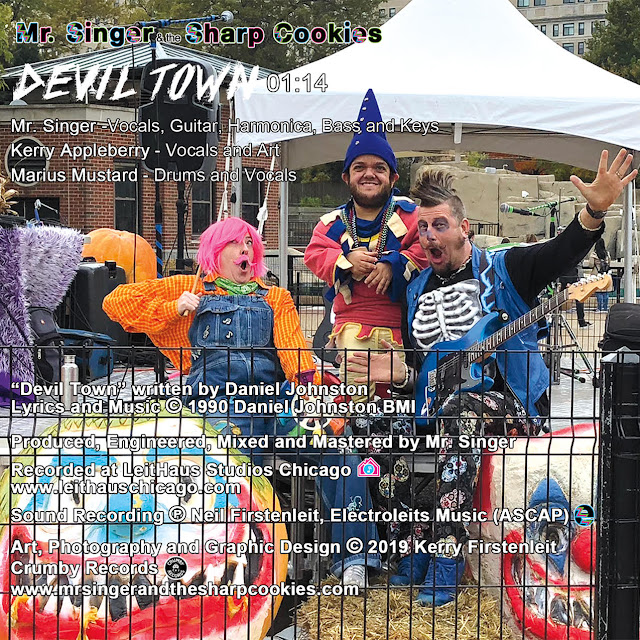 Here at ChiIL Mama, we've been covering Chicago's own Mr. Singer & The Sharp Cookies since their first release waaaaay back in 2005. They're favorites of ours and we've done video interviews with the band, shot them live in concert at our weekly kindie rock series, Beat Kitchen Concerts for Kids, and teamed up with them on numerous giveaways for our readers.

They've been playing Devil Town at rockin' Halloween shows for years. I even shot them at Beat Kitchen doing this awesome cover back in 2011. Check it out here:

Speaking of Halloween spirit and weird creatures, we're also pretty big fans of their covers of The White Stripes' Little Ghost and The Cramps Goo Goo Muck. Great tunes that are fun for all ages.


If you like “Devil Town”, be sure to check out their 2018 album, “Happy Haunted Halloween”, and keep your ears peeled for “You Rock!” their most rocking album yet. Due out in early 2020.

“Lots to like about the Sharp Cookies.  Any band with the Ramones as a major influence is way cool in our book.”  - Lou Carlozo, Chicago Tribune

“Part of being a kid in Chicago is rocking out with kindie/folk icon Mr. Singer.”- Red Tricycle

Mr. Singer & The Sharp Cookies are the husband-and-wife team of Neil and Kerry Firstenleit (“Mr. Singer” and “Kerry Appleberry”), along with dynamo drummer Michael Massett (“Marius Mustard”). The band’s rocking, electric sound has been described as “like June & Johnny Cash playing The Clash while riding unicycles through the zoo!”

Both onstage and in the studio, Mr. Singer & the Sharp Cookies specialize in fresh, positive, high-energy music at kid-friendly volumes, sneaking a little mischief, a little sweetness, and a lot of fun into their clever originals. The Sharp Cookies music salutes the ancient concept that one of the most fun things about being a kid in October is the anticipation of getting your socks scared off of you,

All are available wherever music is streaming, including iTunes, Amazon, Spotify, Google Play, CDBaby, and more.