Michael Darling, Chief Curator of the Museum of Contemporary Art Chicago, announced today that internationally recognized curator and scholar of Caribbean and Latin American art Carla Acevedo-Yates has been appointed the new Marilyn and Larry Fields Curator at the MCA. Acevedo-Yates was most recently the Associate Curator at Eli and Edythe Broad Art Museum at Michigan State University. She will assume her new position at the MCA on July 1, 2019. 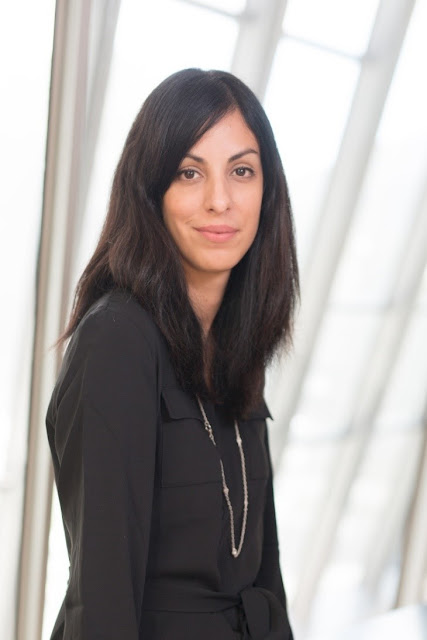 "Carla's curatorial interests and goals have an incredible overlap with the ambitions of the museum's, which makes her a perfect addition to our team," says Michael Darling. "Carla is well-versed and well-traveled throughout Latin America which will allow us to continue to build bridges to the artistic communities there. It was also her passion for Caribbean art, and that of Puerto Rico in particular, that was exciting to me because of the large Puerto Rican community in Chicago. I feel that she will be a champion and advocate for artists from that region that we still know too little about. Carla will be a great new asset to the creative community of Chicago."

Carla Acevedo-Yates is committed to context-responsive curating and working with artists living in Latin America, the Caribbean, and the US of Latin American descent. She is interested in understanding the connections and shared histories between these artistic communities, and engaging in conversations about how art and artists address the urgent issues of today. She says, "I am honored to be joining the talented team at the MCA as the Marilyn and Larry Fields Curator. With their commitment to both local and international artists, and interdisciplinary inquiry, Director Madeleine Grynsztejn and Michael Darling have made the MCA into one of the most influential cultural institutions in the world. The MCA consistently features the most relevant contemporary voices of our time, and I look forward to contributing to that legacy. Chicago is a vibrant city with a rich and diverse cultural history, and I am excited to connect with the many communities that the museum serves."

Carla Acevedo-Yates, who was born in San Juan, Puerto Rico, is an international curator, researcher, and art critic working across Latin America, the Caribbean, and the United States. As Associate Curator at MSU's Broad Art Museum, Acevedo-Yates organized solo exhibitions of new work by Johanna Unzueta, Claudia Peña Salinas, Jesús "Bubu" Negrón, Duane Linklater, and Scott Hocking. She recently organized the major exhibition The Edge of Things: Dissident Art under Repressive Regimes, which explores the climate of fear and censorship in experimental artworks from the 1960s through the late 1980s, and Fiction of a Production, an exhibition of work by Argentinian conceptual art pioneer David Lamelas. She also co-curated Michigan Stories: Mike Kelley and Jim Shaw.

She earned her MA in Curatorial Studies and Contemporary Art from the Center for Curatorial Studies, Bard College, where she received the Ramapo Curatorial Prize, and a BA in Spanish and Latin American Cultures from Barnard College, where she received the Clara Schifrin Memorial Spanish Prize in Poetry. In 2015, she was awarded a Creative Capital | Andy Warhol Foundation Arts Writers Grant for an article on Cuban painter Zilia Sánchez. She is the author of numerous catalogue essays and her writing has appeared in publications such as Art Agenda, Small Axe: A Caribbean Platform for Criticism, Artpulse, La Tempestad, Mousse, and South as a State of Mind. She was a curatorial resident at Espaço Fonte in Recife, Brazil, in 2014 and R.I.C. in Santiago, Chile, in 2015.