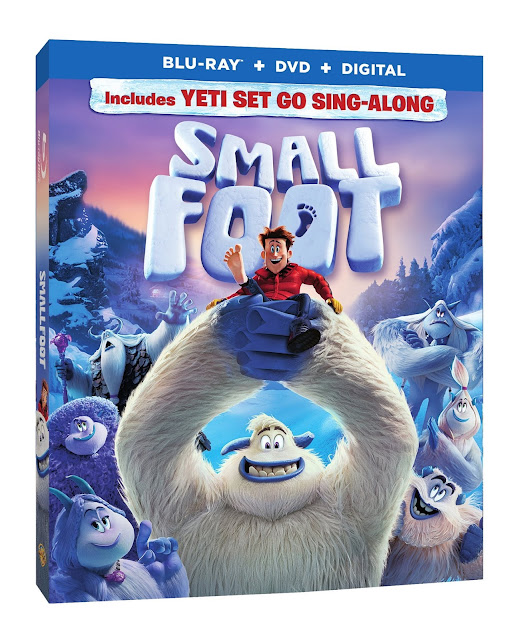 Enter below for your chance to WIN!
One of ChiIL Mama's lucky readers will win a
Smallfoot Blu-ray/DVD Combo Pack ($35.99 Value)

Here at ChiIL Mama, we're elated to partner up with Warner Bros. Home Entertainment, Inc. once again, for a great giveaway for our readers. Just in time for the holidays, you can bring Smallfoot home with you, to entertain the littles over holiday break and beyond. This fabulously fun tale of tolerance, friendship and grand adventures is an animated family classic to watch time and again. We love that Smallfoot celebrates creativity, curiosity, science and overcoming fears of others who are different from us! It's great for all ages and sure to entertain visiting relatives. I took my teens to an early press screening when it first hit the theaters and they adored it too.

Worlds will collide when “Smallfoot” arrives on Blu-ray Combo Pack, DVD and Digital. The film stars Channing Tatum (“21 Jump Street,” “Magic Mike,” “The Hateful Eight”) as the yeti, Migo, and James Corden (“Trolls,” TV’s “The Late Late Show with James Corden”) as the smallfoot, Percy. “Smallfoot” was directed by Karey Kirkpatrick, Annie Award-winning director of “Over the Hedge” and Annie nominee for the “Chicken Run” and “James and the Giant Peach” screenplays.

The screenplay for “Smallfoot” was written by Kirkpatrick and Clare Sera, and the screen story was written by John Requa, Glenn Ficarra and Kirkpatrick, based on the book “Yeti Tracks” by Sergio Pablos. The film was produced by Bonne Radford, Glenn Ficarra and John Requa. Nicholas Stoller, Phil Lord, Christopher Miller, Jared Stern, Kirkpatrick, Pablos, Courtenay Valenti and Allison Abbate served as executive producers. 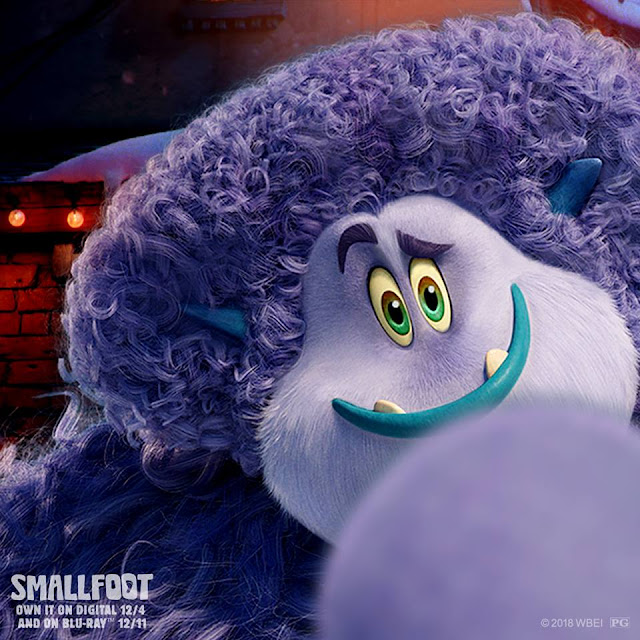 The Blu-ray Combo Pack of “Smallfoot” includes an interactive sing-along that lets viewers follow the words of their favorite songs from the film.

Fans can also own “Smallfoot” via purchase from digital retailers beginning December 4. 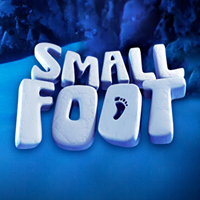 An animated adventure for all ages, with fun new music by Zendaya & Common and featuring an all-star cast, “Smallfoot” turns the Bigfoot legend upside down when a bright young Yeti (Channing Tatum) finds something he thought didn’t exist—a human! News of the “smallfoot,” Percy (James Corden), throws the simple Yeti community into an uproar over what else might be out there in the big world beyond their snowy village.  This is an epic story about friendship and courage!

Movies Anywhere is a digital movie platform that enables movie fans to discover, access, and watch their favorite digital movies in one place. Movies Anywhere brings together a library of nearly 7,500 digital movies from Sony Pictures, Twentieth Century Fox Film, The Walt Disney Studios (including Disney, Pixar, Marvel Studios and Lucasfilm), Universal Pictures (including DreamWorks and Illumination Entertainment) and Warner Bros., and will continue to expand the consumer experience as more content providers, digital retailers and platforms are added. By connecting participating digital retailers that include Amazon Prime Video, FandangoNOW, Google Play, iTunes and Vudu, movie fans can now bring together their digital movie collections (whether purchased or redeemed) in one place and enjoy them from the comfort of their living rooms, and across multiple devices and platforms, including Amazon Fire devices; Android devices and Android TV; Apple TV; Chromecast; iPhone, iPad and iPod touch; Roku® devices and popular browsers. Movie fans can also redeem digital codes found in eligible Blu-ray and DVD disc packages from participating studios and enjoy them through Movies Anywhere. Movies Anywhere – your movies, together at last.

*Digital movies or TV episodes allow fans to watch a digital version of their movie or TV show anywhere, on their favorite devices. Digital movies or TV episodes are included with the purchase of specially marked Blu-ray discs. With digital, consumers are able to instantly stream and download movies and TV shows to TVs, computers, tablets and smartphones through retail services. For more information on compatible devices and services go to wb.com/digitalmoviefaq. Consult a digital retailer for details and requirements and for a list of digital-compatible devices. 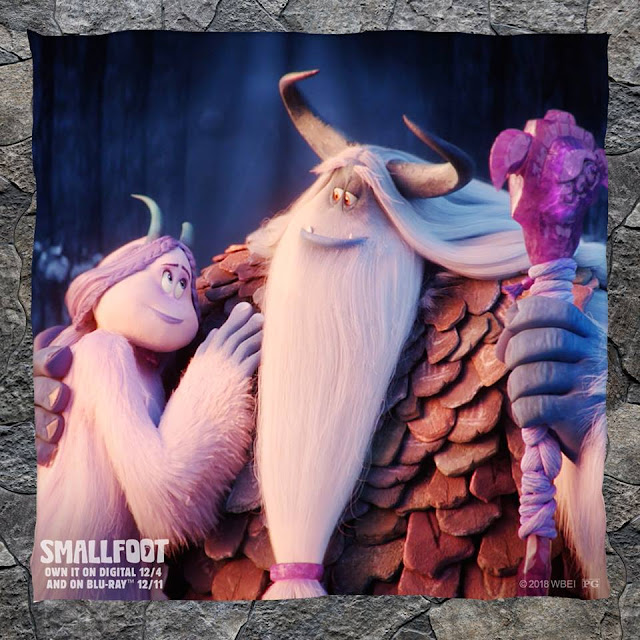 Get Social... Check out:  https://www.facebook.com/SMALLFOOTMovie/ 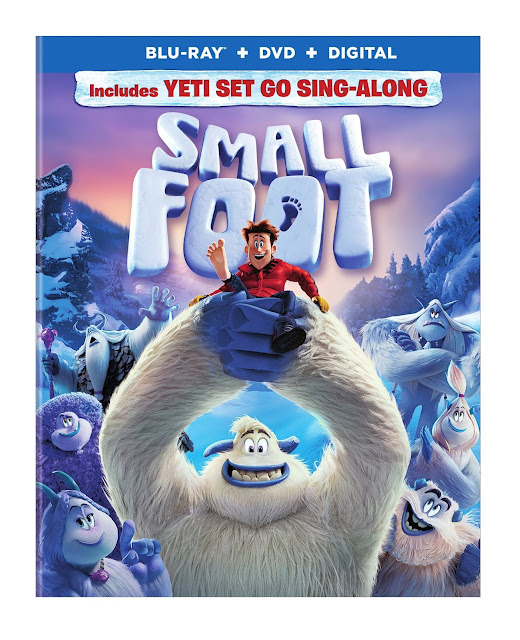 Enter HERE for your chance to WIN!

Here at ChiIL Mama, we're elated to partner up with Warner Bros. Home Entertainment, Inc. once again, for a great giveaway for our readers. They have provided complimentary Blu-ray Combo Packs for review purposes and for our giveaway. As always, all opinions are my own.

Posted by Bonnie Kenaz-Mara at 4:45 PM