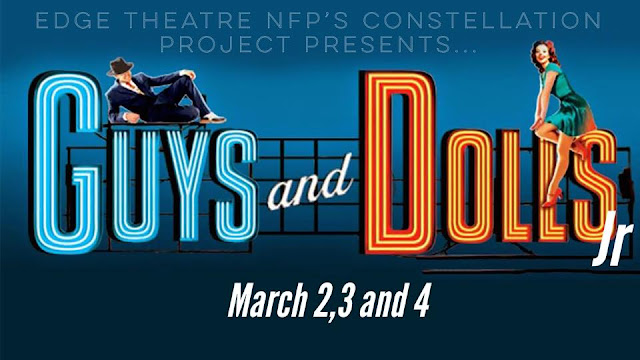 E.D.G.E. Theatre is pleased to announce the premiere of Guys and Dolls, adapted by Frank Loesser and directed by Orion Couling. Opening night is Friday, March 2nd - 7:00PM at Devonshire Playhouse, 4400 Greenwood St, Skokie, IL 60076. Tickets are $12. Tickets may be purchased at
skokieparks.org/guys and dolls. 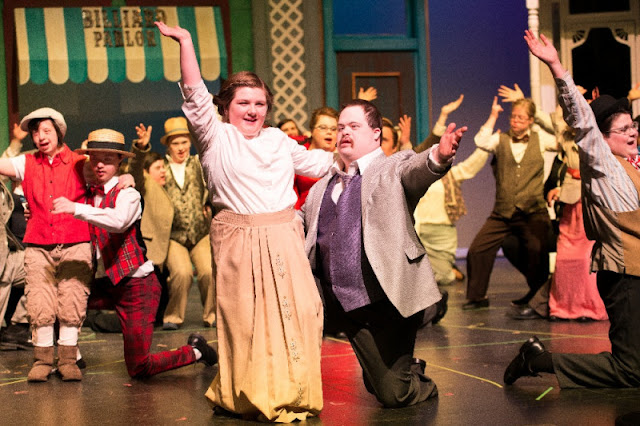 About the Show
Set in Depression-era Times Square, Guys and Dolls is about a couple of big city gamblers and the women who love them. It tells the overlapping stories of high-roller Sky Masterson, who falls in love with mission worker Sarah Brown, and lovable rapscallion Nathan Detroit, engaged for 14 years to Miss Adelaide, a headliner at the Hot Box Club. Nathan runs a famous floating craps game, and an ongoing plot line involves his quest for a safe place for the game as Adelaide continues her quest to convince him to marry her. Meanwhile, Sarah, mistakenly believing that Sky set up an illegal game at the mission, tries to fight her affection for the charismatic crapshooter.

E.D.G.E. of Orion seeks to expand the number of people with special needs and in marginalized communities who will have a chance to participate in theater. E.D.G.E. programming provides an opportunity for our participants to test themselves in a safe and supportive environment. By using musicals, E.D.G.E. has found that the language and music work together in a unique way to stimulate the minds and hearts of all those participating in our programs. E.D.G.E. strongly believes that giving a participant an opportunity to perform elevates his or her status not only in the community but also in their own minds. For more information: https://edgeoforion.com/about-constellation/
Posted by Bonnie Kenaz-Mara at 4:44 PM