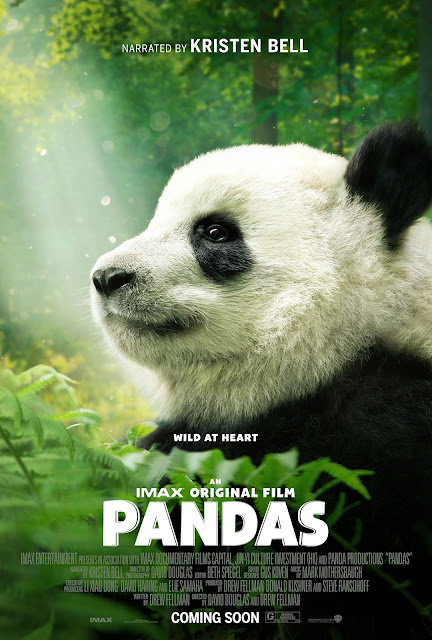 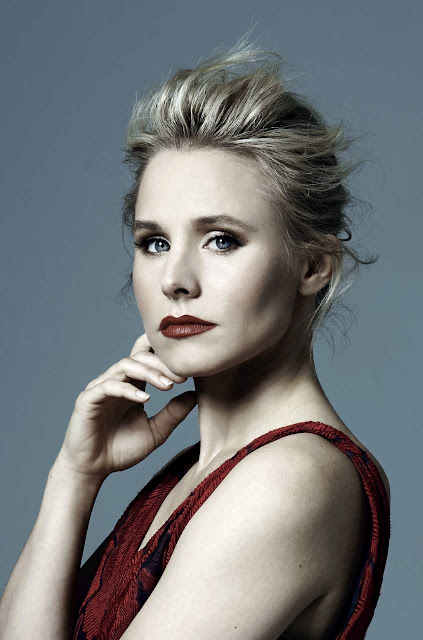 The filmmakers from the acclaimed IMAX documentaries Born to Be Wild and Island of Lemurs: Madagascar take audiences on an exciting and educational new journey for the entire family, this time in China with a species loved the world over—Giant Pandas.

“I am thrilled to team up with IMAX and Warner Bros. Pictures to help tell this incredible story in the larger-than-life IMAX format,” said Kristen Bell. “Pandas not only spotlights the important work being done to protect these beloved and ridiculously cute animals, but it provides us with inspiration and hope and showcases the great things we can achieve when we work together.”

Greg Foster, CEO of IMAX Entertainment and Senior Executive Vice President, IMAX Corp., added, "We’re tremendously excited to have the talented and engaging Kristen Bell join the IMAX family to narrate Pandas. We can’t wait to share this heartfelt journey that will transport IMAX audiences to the mountains of Sichuan in China and spotlight the incredible steps scientists are taking to protect and reintroduce these magnificent and adorable pandas into the wild.”

Jeff Goldstein, President Domestic Distribution, Warner Bros. Pictures, said, “We are so pleased to continue the tradition of bringing these wonderful IMAX adventures to families.  We’re proud to add Pandas to our slate and to give people an opportunity to see these amazing animals as never before.”

“I am delighted to continue my longstanding partnership with IMAX and Warner Bros. on Pandas,” said producer/writer Drew Fellman, who co-directed the film with David Douglas. “Shooting with IMAX cameras helped us deliver a dazzling and intimate experience and we’re thrilled to have Kristen Bell onboard to guide this one-of-a-kind IMAX adventure.”

Kristen Bell currently stars as Eleanor Shellstrop in season two of the TV series “The Good Place,” with Ted Danson, which has been renewed for a third season by NBC. Up next, she will star in the Netflix comedy “Like Father,” opposite Kelsey Grammer, and lend her voice to the animated film Teen Titans GO! to the Movies, both set for release in 2018.  Bell most recently executive produced and appeared in the ABC special “Encore,” about former high-school classmates who get together for an encore performance of their old musical theater productions. She also reprised her role as Anna in Olaf’s Frozen Adventure, a featurette based on the blockbuster animated feature Frozen, released alongside Coco. She is working on the sequel to Frozen, scheduled to hit theaters in fall 2019. Frozen has grossed over $1.2 billion worldwide, making it the highest-grossing animated film of all time. Bell also recently starred in A Bad Moms Christmas, alongside Mila Kunis and Kathryn Hahn. The film is a sequel to 2016’s Bad Moms, the first STX film to gross over $100 million domestically.

In 2016, Bell was seen as Jeannie Van Der Hooven in the Showtime series “House of Lies,” opposite Don Cheadle, which wrapped its fifth and final season.  In 2014, Bell reprised her beloved title role in the film Veronica Mars, which raised $2 million on Kickstarter in less than eleven hours and broke the record at the time for the fastest project to reach $1 million and $2 million. She appeared in a guest-starring arc on NBC’s hit series “Parks & Recreation,” and played the lead role in the independent film The Lifeguard, which premiered at the 2013 Sundance Film Festival. She also starred in and co-produced the comedy Hit & Run, written and directed by her husband, Dax Shepard. Her other film credits include CHIPs, How to Be a Latin Lover, The Boss, Movie 43, Some Girls, Writers, Big Miracle, You Again, Burlesque, When in Rome, Couples Retreat, Forgetting Sarah Marshall, Pulse, Serious Moonlight and David Mamet’s Spartan. Her television credits include “Veronica Mars,” “Unsupervised,” “Deadwood,” “Heroes” and “Party Down.” Her Broadway credits include “The Adventures of Tom Sawyer” and “The Crucible,” opposite Liam Neeson and Laura Linney.  Her Off-Broadway credits include “Reefer Madness” and “A Little Night Music.”

About Pandas
Pandas are beloved around the world, and now they are coming to the big screen in the IMAX® original film “Pandas,” a breathtaking documentary adventure and amazing experience for the whole family narrated by Kristen Bell (“Frozen,” TV’s “The Good Place”).

At Chengdu Panda Base in China, scientists are taking the captive breeding program to the next level and preparing captive-born cubs for the wild.  This film follows one such researcher, whose passion leads her to initiate a new technique inspired by a black bear rehabilitator in rural New Hampshire.  What starts as a cross-cultural collaboration becomes a life-changing journey for one special panda named Qian Qian. The film, captured with IMAX® cameras, follows Qian Qian on an exciting new adventure into the mountains of Sichuan as she experiences nature for the first time and discovers her wild side.


About IMAX Corporation
IMAX, an innovator in entertainment technology, combines proprietary software, architecture and equipment to create experiences that take you beyond the edge of your seat to a world you’ve never imagined. Top filmmakers and studios are utilizing IMAX theatres to connect with audiences in extraordinary ways, and, as such, IMAX’s network is among the most important and successful theatrical distribution platforms for major event films around the globe.

IMAX is headquartered in New York, Toronto and Los Angeles, with additional offices in London, Dublin, Tokyo, and Shanghai. As of September 30, 2017, there were 1,302 IMAX theatres (1,203 commercial multiplexes, 11 commercial destinations and 86 institutions) in 75 countries. On Oct. 8, 2015, shares of IMAX China, a subsidiary of IMAX Corp., began trading on the Hong Kong Stock Exchange under the stock code “HK.1970.”

IMAX®, IMAX® 3D, IMAX DMR®, Experience It In IMAX®, An IMAX 3D Experience®, The IMAX Experience®, IMAX Is Believing® and IMAX nXos® are trademarks of IMAX Corporation. More information about the Company can be found at www.imax.com. You may also connect with IMAX on Facebook (www.facebook.com/imax), Twitter (www.twitter.com/imax) and YouTube (www.youtube.com/imaxmovies).

This press release contains forward looking statements that are based on IMAX management's assumptions and existing information and involve certain risks and uncertainties which could cause actual results to differ materially from future results expressed or implied by such forward looking statements. These risks and uncertainties are discussed in IMAX’s most recent Annual Report on Form 10-K and most recent Quarterly Reports on Form 10-Q.
Posted by Bonnie Kenaz-Mara at 8:16 PM