Got rock tots, little folk, punk kin, or dance divas? Music is the gift that keeps on giving. It's a great clutter busting idea for Hanukkah, stocking stuffers, advent calendar daily count downs, and gift toppers. Here at ChiIL Mama, we've been press sponsors since 2010 of Beat Kitchen's Concerts for Kids in Chicago, a weekly live kindie (kids' indie music) series, and it's been a joy to interview artists, shoot photos and see families dancing together and enjoying the many genres of creative, kid friendly tunes that are out today. We're thrilled to partner up with a number of musicians including Grammy Winners, Parents’ Choice Gold Award Winners, local Chicago favs, and acclaimed multicultural hit makers for our 2017 holiday gift guide. ChiIL Mama's giving away lots of stellar new releases to 4 of our lucky readers here, and we'll be posting another Kindie Collection in a few days as well. Best of all, our readers worldwide can enter! You don't need to be local to enjoy this great giveaway. Share the joy of familiar favorites with your friends and family this holiday, and discover something new for you too. These are some of our favorites: 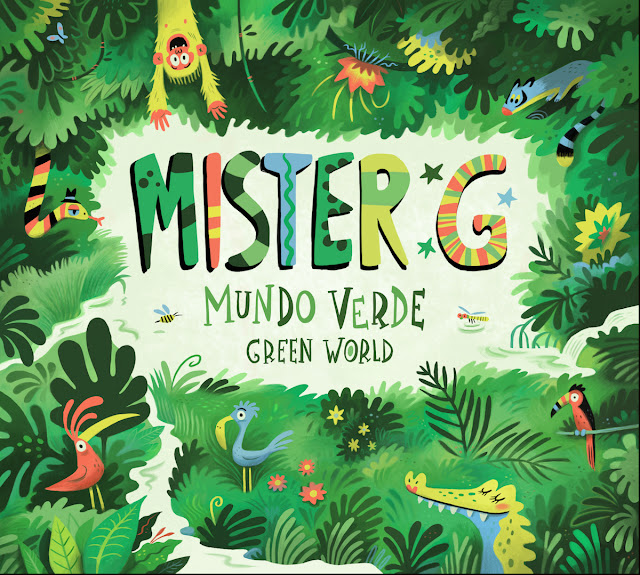 Mundo Verde/Green World – The Parents’ Choice Gold Award-winning album, Mundo Verde/Green World, is the follow-up to Mister G’s Latin GRAMMY Award-winning album, Los Animales.  This collection of inspiring bilingual songs is intended to unite people of all ages and ethnicities in support of global conservation and action. The album features collaborations with major figures in the Latin music scene, including the world-renowned Santo Domingo-based merengue band 440, performing an eclectic range of styles, from bomba and samba to reggae and bossa nova. The songs breathe life into the global environmental message from various angles that are accessible and relevant to both children and adults.  While Mundo Verde/Green World was initially conceived as a joyful celebration of the natural world, it now has an expanded mission and sense of urgency due to our new political reality. The album’s message is a timely one that points to collective efforts to ensure that we bequeath a beautiful world to succeeding generations. 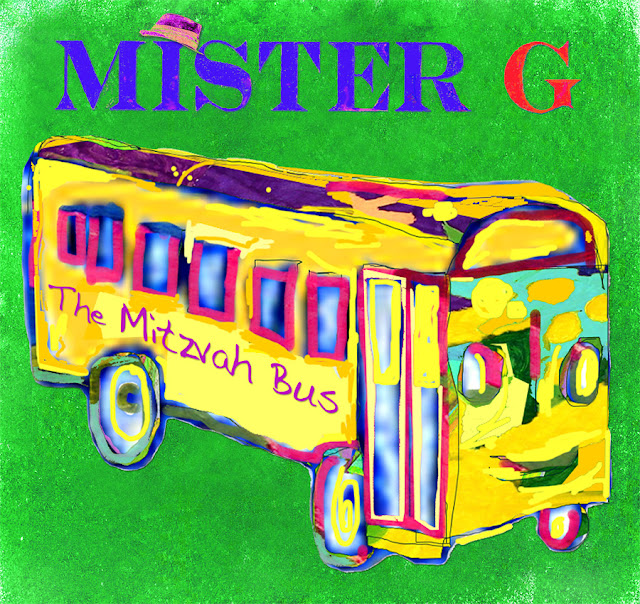 The Mitzvah Bus – Another Parents’ Choice Gold Award-winning album from Mister G, The Mitzvah Bus is the perfect accompaniment to the Hanukkah season. A multicultural musical journey featuring 14 original songs in English, Hebrew, Spanish, and Yiddish, The Mitzvah Bus spans genres from funk to folk and rock to ska, with lyrics celebrating family, holidays, food, and language. The Mitzvah Bus sparkles with songs like the rollicking “Challah-lalala,” “Latkes for Breakfast” (a funky take on the virtues of potato pancakes), “Tokhes” (a Yiddish take on “Simon Says”), and of course, “Hanukkah,” Mister G’s ska-tinged ode to the Festival of Lights. 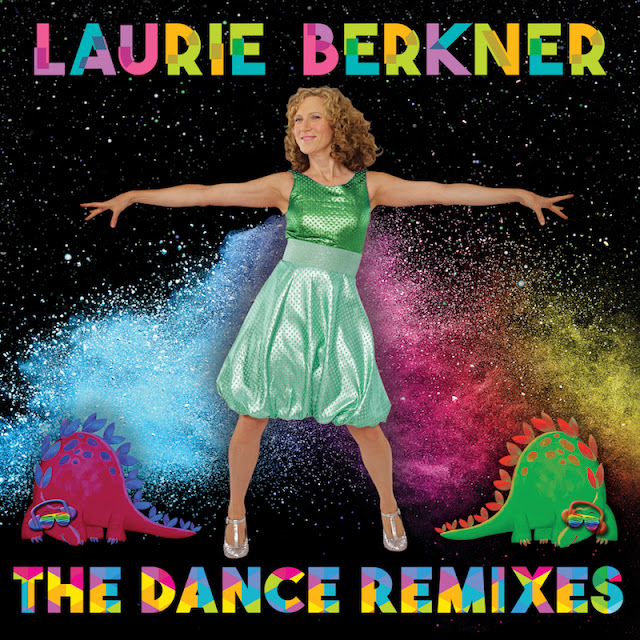 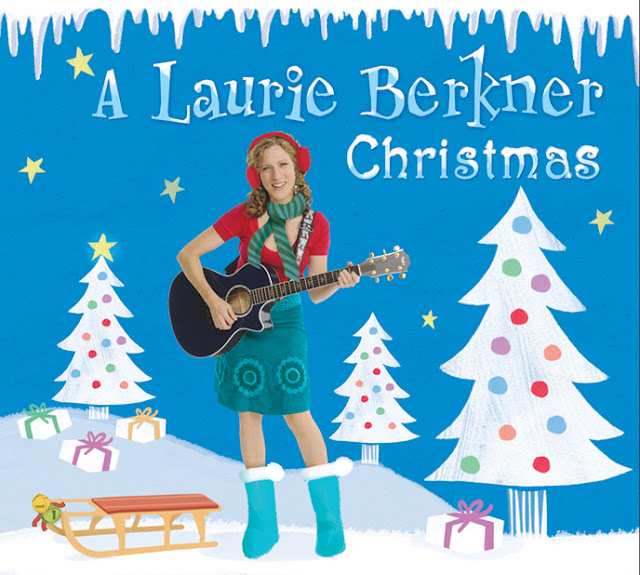 A Laurie Berkner Christmas -- Kick off the holiday season with bestselling, award-winning children’s recording artist Laurie Berkner’s Christmas album, A Laurie Berkner Christmas. The album features fifteen traditional holiday and seasonal songs, such as “Jingle Bells,” “Silent Night” (featuring Elizabeth Mitchell), and “Rudolph the Red-Nosed Reindeer,” as well as three original tracks: “Santa’s Coming To My House Tonight,” “Candy Cane Jane” and  “Christmas Lights.”   Says Laurie, “Christmas has always been one of my favorite holidays. I have actually wanted to make this album for a long time, as so many of my memories of being a kid at Christmastime center around music!  All of the songs I chose for this recording remind me of those family times when we shared a lot of playfulness and love through music.  Now that I have my own family, we sing carols together every year.  While there are many holidays that we celebrate, I still get a little thrill when I see the lights go up and we sing our first Christmas song of the season together.” 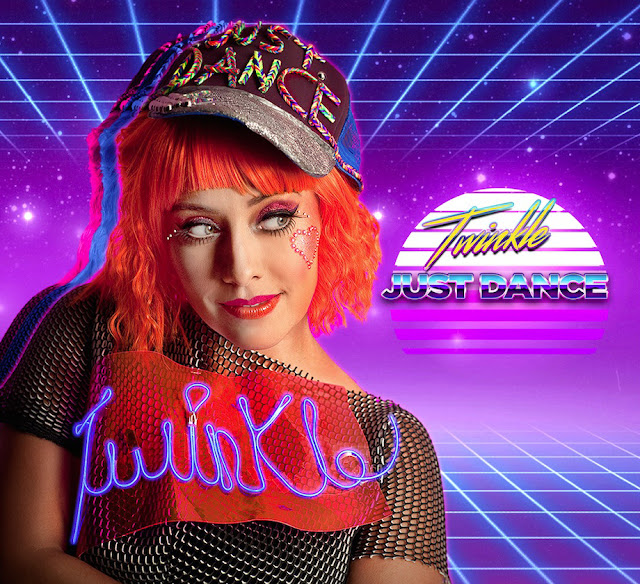 Twinkle
Just Dance -  Just Dance is an over-the-top-awesome collection of impetuous dance hits for kids and families from the award-winning Peruvian-American kindie music phenomenon known as Twinkle. Described as “like Lady Gaga for kids,” with a super pop sound mixed with a touch of Broadway belt, a sparkling soupçon of hip hop, and plenty of EDM glam, Twinkle has always danced to the beat of her own drum, breaking barriers, sound and otherwise, with both her music and Harajuku-style presentation. Album highlights include Twinkle’s 2015 kindie hit, “Kidz Rock,” featuring the incomparable Mista Cookie Jar, along with eight other original songs the riff on positive themes ranging from dancing through life and living in the moment to making math-time fun-time, sailing through the solar system, and Twinkle’s personal affirmation that good manners rock. 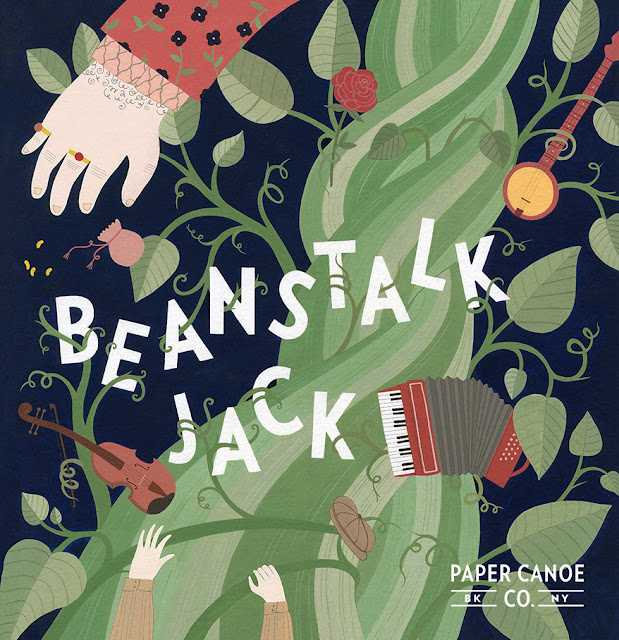 Paper Canoe Company
Beanstalk Jack - From New York’s critically acclaimed Paper Canoe Company comes Beanstalk Jack, a musical retelling of the classic tale of “Jack and the Beanstalk” adapted as a folk-rock opera for today’s families with the addition of a refreshing girl-meets-boy twist, a tribute to the spirit of optimism, and more than a hint of youthful rebellion.  Featuring Paper Canoe co-founder Tami Stronach, known to millions for her haunting performance as The Childlike Empress in the iconic 1984 film, The Neverending Story, Beanstalk Jack references the American tradition of folk music that embraces a powerful message, and then shifts to include ‘60s, ‘70s, and ‘80s-style pop and rock, seasoned with a laid-back, bluesy element.  In this version of the story, ur intrepid hero, Jack, armed with his six-string guitar, climbs the beanstalk to seek his fortune. At the summit of the towering vegetation, Jack meets the giant’s daughter, Harmony, a bright star just waiting for the right band to come along.  He steals Harmony’s heart, and they run away to follow their dreams and make music together, leaving the greedy giant to languish in the celestial dust. 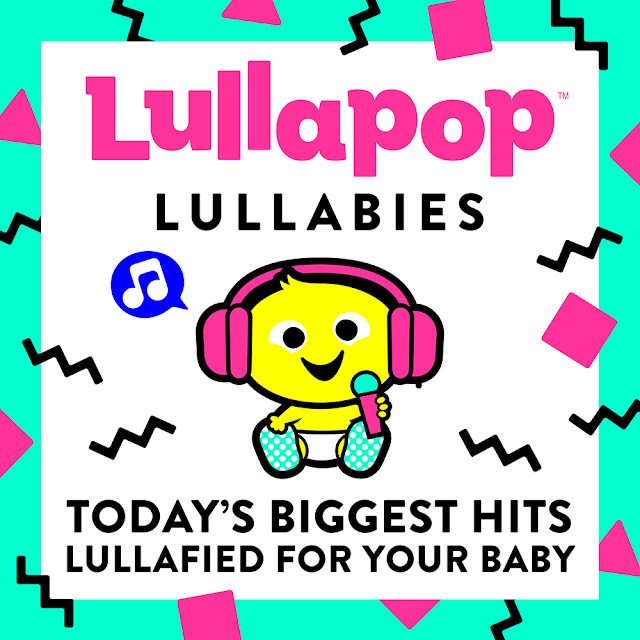 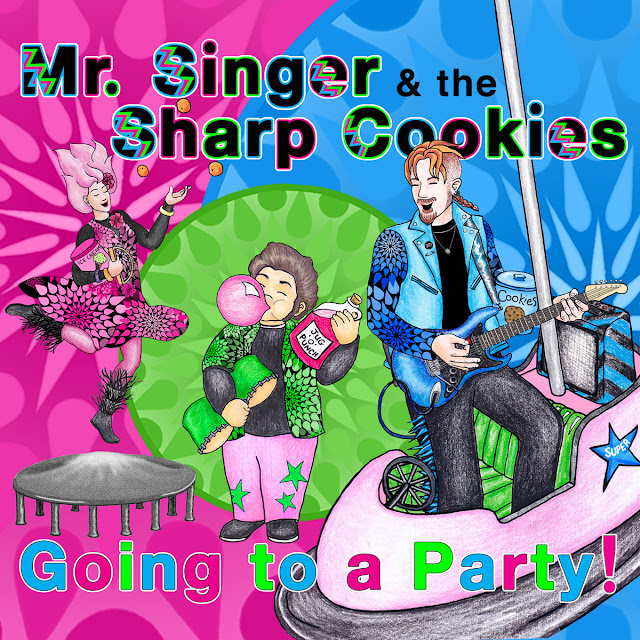 Mr. Singer & the Sharp Cookies
"Going To A Party!"
Chicago’s beloved Mr. Singer plays hundreds of gigs a year, wildly-popular shows at the Lincoln Park Zoo, the Nature Museum, the Beat Kitchen, he’s known anywhere families with young children like to rock out together. Mr. Singer AKA Neil Firstenleit, continues his successful teaching career at his own LeitHaus Studios Chicago named “Best Music School for Kids” by Chicago Magazine.

"Going To A Party!" the new original album by Mr. Singer & the Sharp Cookies is a sure-fire hit for all music lovers regardless of chronological age. The music moves forward at a brisk pace with catchy, uplifting, sing- alongs about our sweet home Chicago, answering the call of the wild and the joys of bike riding. This solid set of upbeat numbers culminates with the audio climax of “Your Sunny Smile”. Created with the incomparable Ralph Covert and featuring Kindie-Rap sensation Mista Cookie Jar, this power-pop gem is destined to become a classic. Put it on, turn it up and rock it out for your family dance party!

ENTER HERE FOR YOUR CHANCE TO WIN  download codes for ALL of the above 8 albums ($80 approx value each/4 winners)!
Open worldwide! Enter through midnight December 5th. All winners will be e-mailed as well as announced here on our site and via our social media outlets.

Disclosure: Thanks to the many musicians who have partnered up with ChiILMama.com and given us complimentary download codes for great family friendly music for our readers. As always, all opinions are my own.