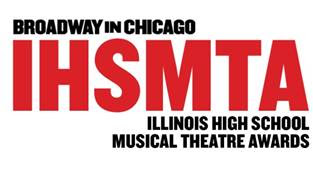 Best Actor and Actress Award Recipients will Represent Illinois in

In celebration of outstanding achievement in high school musical theater performances, Broadway In Chicago is thrilled to announce the award recipients of the Sixth Annual Illinois High School Musical Theater Awards: Justin Smusz of Bolingbrook, IL (Benet Academy) as BEST ACTOR for his portrayal of Chad in ALL SHOOK UP and Carly Meyer of Northbrook, IL (Glenbrook North High School) as BEST ACTRESS for her portrayal of Hodel in FIDDLER ON THE ROOF. Justin and Carly will represent the state of Illinois at The Jimmy™ Awards in New York on June 26, 2017.

On Monday, June 5, Broadway In Chicago crafted a full day of workshops with theatre professionals for twenty-four nominees that culminated in a performance on stage at the Broadway Playhouse at Water Tower Place.During the day, nominees auditioned for a panel of casting agents and theater professionals who chose the recipients of performance awards.

Justin Smusz and Carly Meyer will be provided with an all-expense paid trip to New York City to participate in a week-long theatre intensive of coaching and rehearsals with industry professionals in preparation for a one-night-only showcase on Broadway, where a panel of judges crowns the nation’s top performers. They will represent the state of Illinois at the National High School Musical Theatre Awards, on Broadway, on  Monday, June 26, 2017. The National High School Musical Theatre Awards, also known as The Jimmy™ Awards, are named for legendary Broadway theater owner and producer James M. Nederlander. Broadway In Chicago is a Nederlander presentation, and is excited to join the network of theatres across the country participating in The Jimmys™.