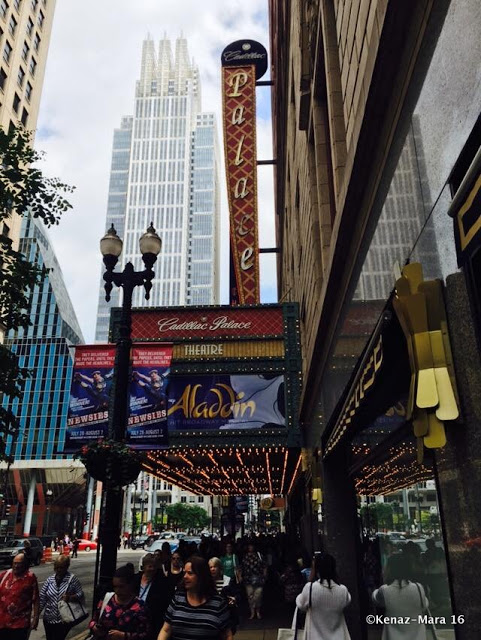 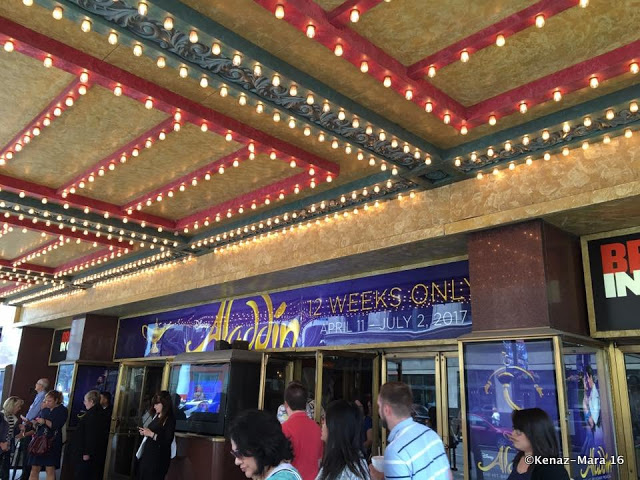 Here at ChiIL Mama, we've been promoting Aladdin and eagerly anticipating this opening since we were invited to the sneak peak last summer! Got your tickets yet? 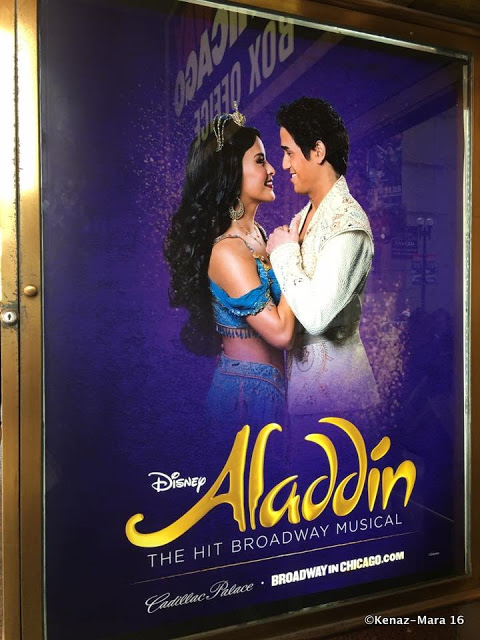 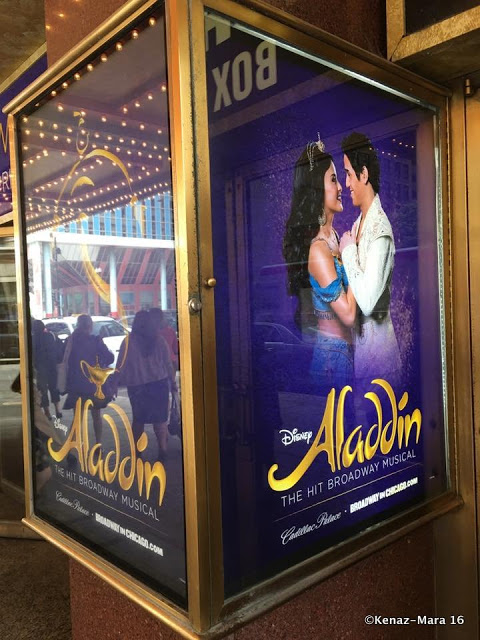 Broadway In Chicago is thrilled to announce the premiere engagement of the eagerly-anticipated North American tour of Aladdin will offer day-of-show rush tickets in Chicago for all performances, beginning tonight, Tuesday, April 11.  A limited number of rush tickets (at least 10 total for each performance) will be available for purchase only at the box office at the Cadillac Palace Theatre (151 W. Randolph) on the day of the performance, and will cost $25 per ticket, with a limit of 2 tickets per person. The rush tickets will go on-sale when the box office opens on a first-come, first-served basis. Visit the Broadway In Chicago website for box office hours: 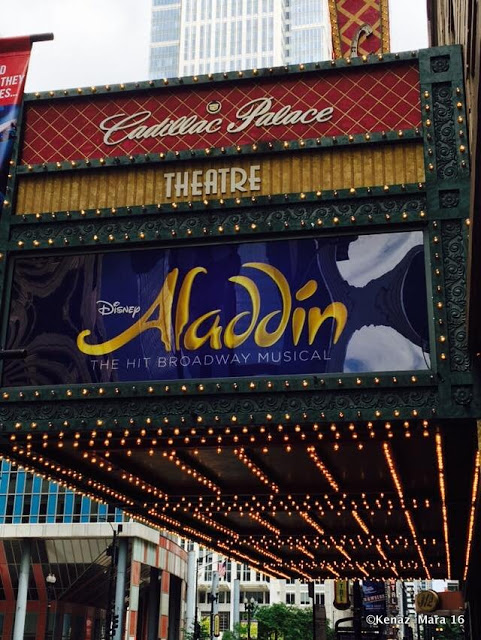 The hit Broadway musical Aladdin will begin performances tonight at the Cadillac Palace Theatre for an extended run through September 10, 2017. As previously announced, Adam Jacobs, who originated the title role in Aladdin on Broadway, will play the iconic role in Chicago.

Disney Theatrical Productions and Broadway In Chicago announced today that, due to popular demand, the eagerly-anticipated North American tour of Disney’s Aladdin will extend its stay in Chicago at the Cadillac Palace Theatre (151 W. Randolph Street) through September 10, 2017; there will be no further extensions. More than 187,000 tickets for the newly-announced performances from July 5 to September 10, 2017 will go on sale Friday, April 7.  The hit Broadway musical will begin performances on Tuesday, April 11, 2017 in Chicago at the Cadillac Palace Theatre in preparation for a Wednesday, April 19 opening night.  As previously announced, Adam Jacobs, who originated the title role in Aladdin on Broadway, will play the iconic role on tour.

In Chicago, tickets are available at all Broadway In Chicago Box Offices (24 W. Randolph St., 151 W. Randolph St., 18 W. Monroe St. and 175 E. Chestnut), the Broadway In Chicago Ticket Line at (800) 775-2000, all Ticketmaster retail locations and online at www.BroadwayInChicago.com.  A select number of Premium Ticket Packages, which include a prime seat location, a commemorative souvenir program and an exclusive merchandise item, are also available for many performances. Group tickets for 15 or more are available by calling Broadway In Chicago Group Sales at (312) 977-1710. For a complete performance schedule for Aladdin, please visit www.BroadwayInChicago.com.

Aladdin opened to critical acclaim on March 20th, 2014 and quickly established itself as one of the biggest new blockbusters in recent years; last year only the smash musical Wicked was seen by more people on Broadway. Since its opening, Aladdin has set 12 New Amsterdam Theatre house records and welcomed over four million people worldwide. Its global footprint has expanded to include productions in Tokyo, Hamburg, London and Sydney and the two U.S. productions. NBC-TV raves, “Aladdin is exactly what you wished for!” New York Magazine calls it “Musical comedy wish-fulfillment!” while The New York Times hails the show as “Fabulous… Extravagant! It defies expectations,” and the Daily News declares, “Seriously, it’s amazing!” 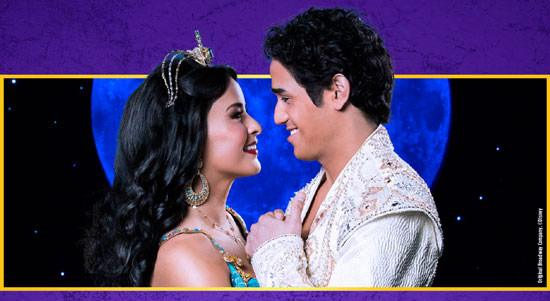 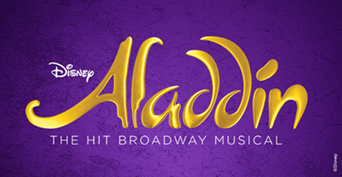 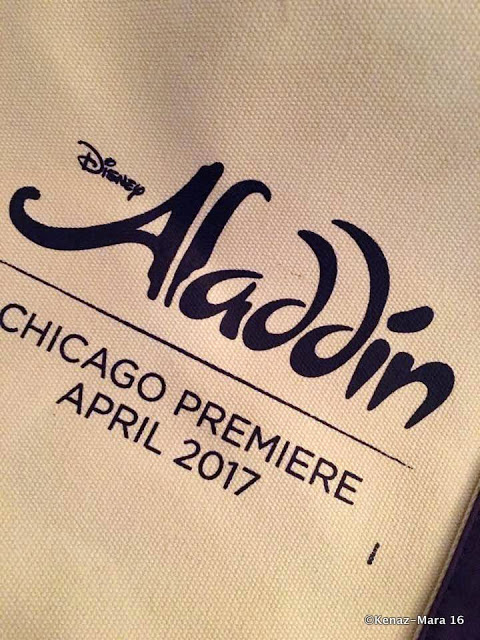 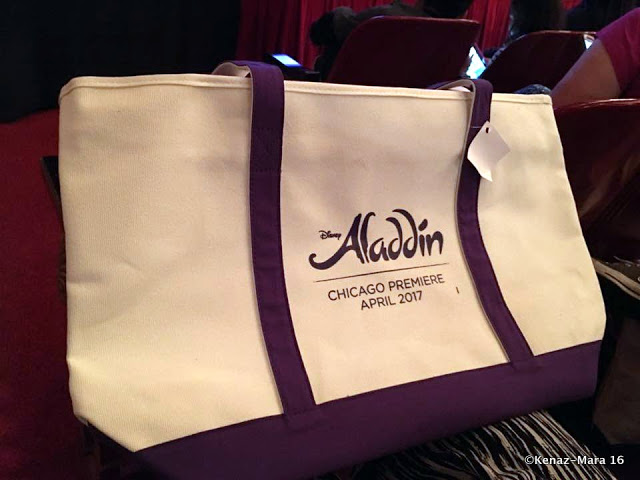 ABOUT BROADWAY IN CHICAGO
Broadway In Chicago was created in July 2000 and over the past 17 years has grown to be one of the largest commercial touring homes in the country.  A Nederlander Presentation, Broadway In Chicago lights up the Chicago Theater District entertaining well up to 1.7 million people annually in five theatres.  Broadway In Chicago presents a full range of entertainment, including musicals and plays, on the stages of five of the finest theatres in Chicago’s Loop including The PrivateBank Theatre, the Oriental Theatre, Cadillac Palace Theatre, the Auditorium Theatre of Roosevelt University and just off the Magnificent Mile, the Broadway Playhouse at Water Tower Place.  For more information, visit www.BroadwayInChicago.com.

Posted by Bonnie Kenaz-Mara at 4:10 PM