opens tonight, April 28
with performances through May 21 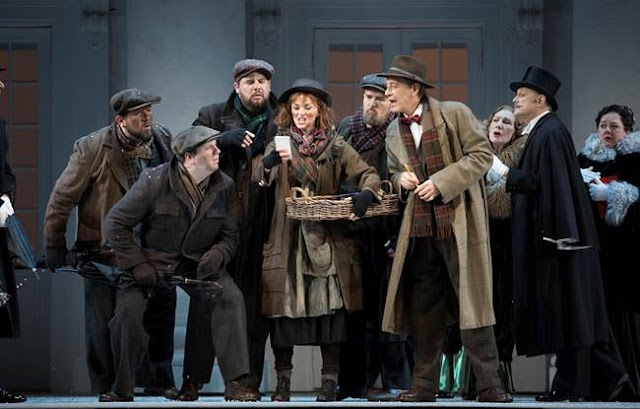 Saturday, ChiIL Mama will be ChiILin' in Chi, IL, at Lyric Opera of Chicago, for the press opening of the American premiere of a new production of Lerner and Loewe’s My Fair Lady, starring Richard E. Grant and Lisa O’Hare as Henry Higgins and Eliza Doolittle. We can't wait! Lyric Opera is renowned for world class productions and their annual crowd pleasing Broadway at Lyric series is always a hit.

My Fair Lady is the fifth title in the Broadway at Lyric series. The larger-than-life production is presented on a grand scale fit for the Civic Opera House, with 56 cast members, 37 orchestra musicians and nearly 300 costumes!

Posted by Bonnie Kenaz-Mara at 3:24 PM