As of 10am today, Chicago's stellar theatre scene just got even more affordable. Since it's inception, we've been promoting Chicago Theatre Week (CTW) here at ChiIL Mama and ChiIL Live Shows. Get your tickets ASAP as shows go fast at these discounts! Highly recommended. We'll see you out there. 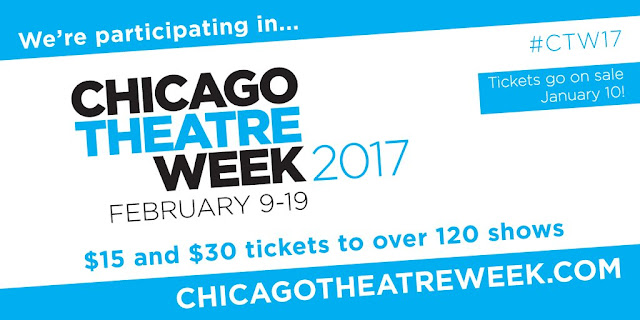 Tickets for Chicago Theatre Week (CTW), an annual celebration of the rich tradition of theatre-going in Chicago, will go on sale January 10, 2017.  All Theatre Week tickets will be priced at $30, $15, or less. Participating shows and offer details will be available on the CTW website, ChicagoTheatreWeek.com, once tickets go on sale.

CTW will take place February 9 – 19, 2017, spanning a week and two full weekends. Heading into its fifth year, Chicago Theatre Week is a program of the League of Chicago Theatres in partnership with Choose Chicago. Over 120 theatre productions are expected to participate in neighborhoods throughout the city and suburbs. A list of participating organizations is online at ChicagoTheatreWeek.com.

In February 2016, 124 productions offered value-priced tickets for performances during Chicago Theatre Week. Almost 11,000 Chicago residents and visitors spanning 40 states attended a show during Chicago Theatre Week. This coming February, visitors and residents will again have the opportunity to sample the extraordinary range of theatrical offerings throughout Chicagoland.

“This year marks the fifth year of Chicago Theatre Week—and each year, the program proves more successful than ever. Theatre Week invites Chicago audiences and visitors to experience the wide range of offerings,” comments Deb Clapp, Executive Director of the League of Chicago Theatres. “We are so thrilled to be able to share the amazing work and we equally love hearing from participants that they visited a favorite theatre or discovered a great new one. This is a week that reminds us all that Chicago is known locally, nationally, and internationally for its theatre scene, and especially this season for generating new work, showcasing fresh talent and spotlighting its rich Chicago tradition.”

“Chicago Theatre Week is an excellent opportunity to experience the breadth of Chicago’s expansive and renowned theatre community and we’re thrilled to see this celebration now in its fifth year,” David Whitaker, President and CEO of Choose Chicago said. “It is our celebrated theatre scene—from the large productions to the Tony-award winning theatres to neighborhood storefront performances—that help make Chicago such an exciting destination. These 11 days offer a unique chance to get the most out of a Chicago theatre itinerary.”

Kate Lipuma, Executive Director of Writers Theatre and Chair of the League of Chicago Theatres adds, “Chicago Theatre Week celebrates the tradition and quality of theatre in Chicago. With over 100 productions during Chicago Theatre Week—in many suburbs and in almost every neighborhood—there are seemingly endless opportunities to visit a favorite theatre and explore new companies all across the city.”

The lead hotel sponsor of Chicago Theatre Week 2017 is Sheraton Grand Chicago along with CTW hotel partners dana hotel and spa and the W City Center. Special Theatre Week room rates will be available at these downtown Chicago hotels. 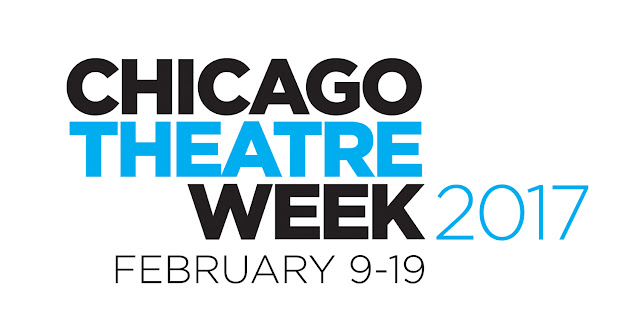 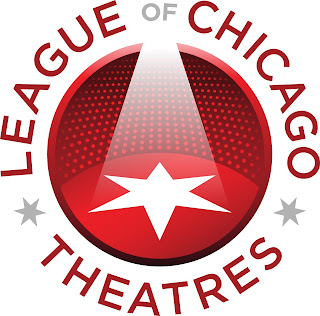 For a comprehensive list of Chicago productions, visit the League of Chicago Theatres website, ChicagoPlays.com.  Half-price tickets are available each week at HotTix.org.  Additional information about Chicago Theatre Week is available at ChicagoTheatreWeek.com.