FLASH GIVEAWAY AND REVIEW: Win A Pair Of Tickets to The Rosenkranz Mysteries at Royal George (Up to $150 value per pair/2 winners)

ChiIL Mama and ChiIL Live Shows are pleased to partner up with The Royal George Theatre. We're giving away 2 Pairs Of Tickets (Up to $150 value per pair/2 winners) to The Rosenkranz Mysteries, which is highly recommended and extended through January 22nd. Check back early and often. We'll announce our winner tomorrow morning as well as 2 additional theatre ticket giveaways. 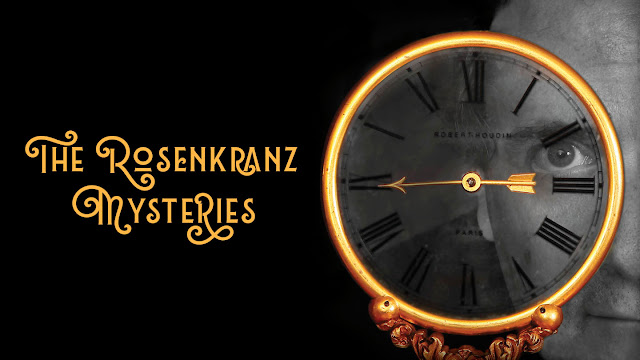 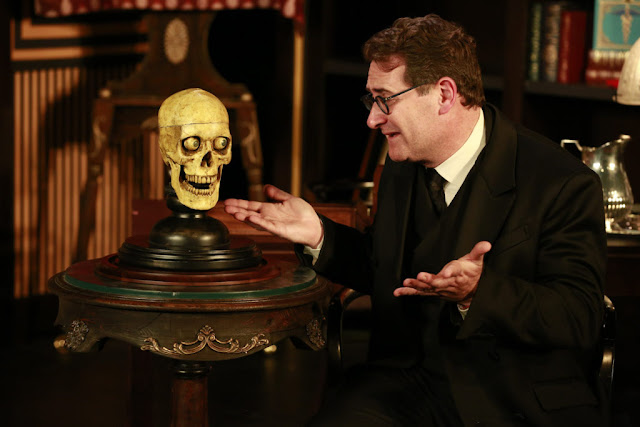 REVIEW:
The Rosenkranz Mysteries brings a merging of the arts of medicine and magic that makes for a spellbinding night out. It's recommended for adults and kids ages 10+, and my 15 year old son and I enjoyed it immensely.

Rosenkranz is a man of many hats: Northwestern professor, MD, collector of vintage magic tricks, and mystifying magician. Over the years we've reviewed many magic shows and Rosenkranz brings a bag of tricks that includes quite a few I've never seen before, which is refreshing. Amazingly, his show only features one card act. There are many audience volunteers called and all are treated with care and set up to succeed. I was pleased to see that he pulls audience members from all areas of the theatre, not just the front row seats.

I was also impressed with this medicine man's wit and wisdom. I couldn't help thinking how lucky his students and patients are to have a doctor who understands the importance of empathy and humor and who can covey to others the art of medicine and healing and not just the science.

I'm still recovering from major knee surgery, in late November, so this hybrid of medicine and magic hit home to me. From the heavy burden of patient pain portrayed through a box trick, to an expressively clairvoyant skull, and a scarf full of holes made whole, Rosenkranz has a gift of expressing the depth and calling of the medical profession in unforgettable visuals. Therein lies the true brilliance of this show.

The Royal George Cabaret is an intimate space, so there's not a bad seat in the house, and great sight lines even from the back row. There's a bar on the way in, with show themed drinks, soft drinks, and snacks and all are permitted in the theatre. My son and I had the great pleasure of sitting at one of the 4 top cabaret tables at the front, and it was a stellar way to see the show. I won't give too many spoilers on the illusions, but I did get called up to assist on a chalk board trick involving a pocket watch, soup, and channeling the magician's dearly departed Oma. It was quite fun. 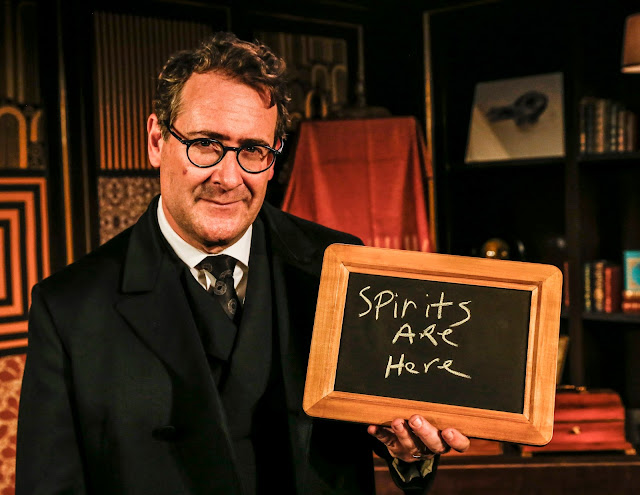 If there's any weak link it's the timing. Rosenkranz has the pacing of a professor rather than a professional prestidigitator and some of the acts have long lead ins and are repeated a bit more than necessary. Short of that, the show is fabulously fun and well worth seeing. Highly recommended. 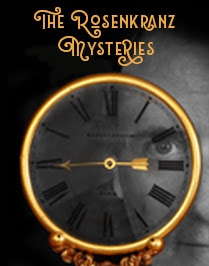 Dr. Ricardo Rosenkranz is a respected professor at the Northwestern University Feinberg School of Medicine. He has been fascinated by magic since a young age and has long been incorporating his illusions into his teaching as a way to help engage students and encourage participation. After winning several teaching awards and traveling the country to deliver seminars, Rosenkranz decided to bring his act to the stage.

The Rosenkranz Mysteries runs through January 22, 2017. The show is intended for ages 10 and older. Tables in the cabaret space seat 4 guests ($75 per person). Regular tickets are $50 (with a seniors and students discount available). Performances will be held Thursdays, Fridays, and Saturdays at 8:00 p.m., and Sundays at 2:00 p.m. To purchase tickets or for additional information, visit www.ticketmaster.com or call the box office at 312.988.9000.

Disclosure: ChiIL Mama and ChiIL Live Shows are pleased to partner up with The Royal George Theatre which has provided 2 pairs of complimentary tickets for our giveaway. As always, all opinions are my own.
Posted by Bonnie Kenaz-Mara at 10:00 PM